HomeOpinionNo, Ocasio-Cortez, Ronald Reagan Was Not A Racist. Not Even Close.

No, Ocasio-Cortez, Ronald Reagan Was Not A Racist. Not Even Close. 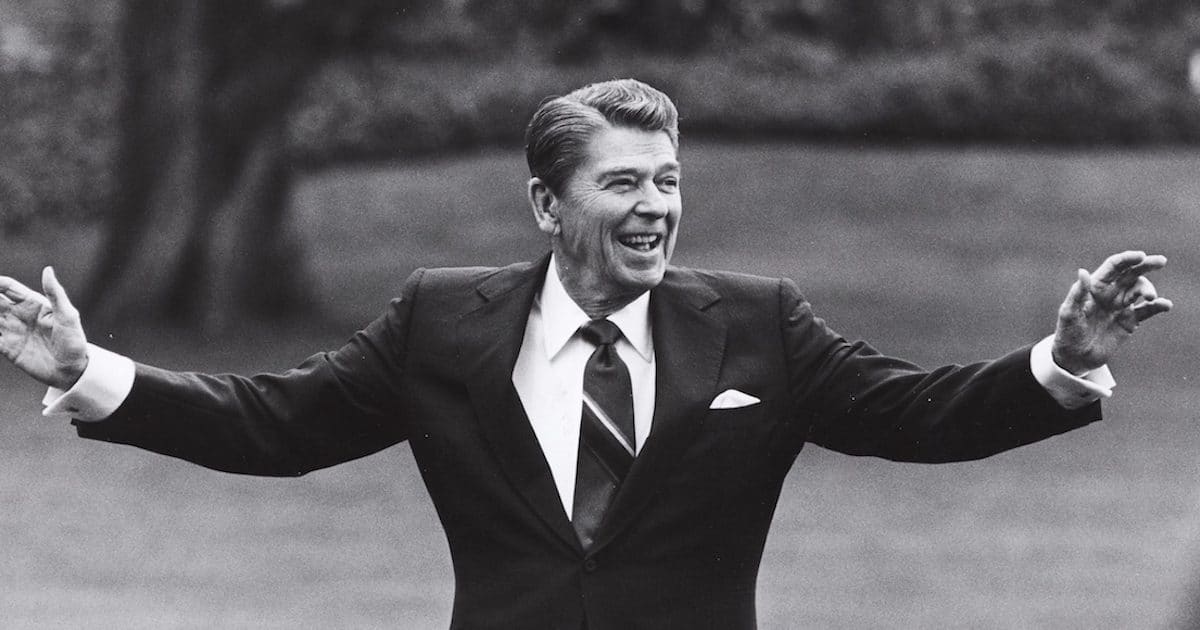 The darling of the New Left, Alexandra Ocasio-Cortez, stepped in it again last week with comments at the South by Southwest (better known as Left by More Left) festival in Austin. She claimed “Reaganism in the 1980s” pitted the white working-class against brown and black working Americans to (somehow) “screw over all working-class Americans”.

Then, she launched into a criticism of Reagan’s term “welfare queen.”

​One small problem: Under Ronald Reagan, all Americans improved financially. Unemployment fell across the board. Wages rose. Most of all, inflation—and last time I looked, it affected “working-class” black, brown, and white people more than any other group—plummeted.

​Had Ocasio-Cortez done the least bit of reading in her economic program at Boston University, she would know that Ronald Reagan was probably the least racist president we’ve ever had. Unlike Lyndon Johnson, he didn’t make comments about how he would have black people voting for the next hundred years.

Unlike Bill Clinton, he didn’t make jokes about how not many years ago Barack Obama would be serving himself and Jesse Jackson dinner. Unlike FDR, he didn’t allow segregation in the armed services.

​Indeed, the Ronald Reagan I discovered in my multi-year study of The Gipper, mostly in his Presidential papers in the Reagan Library, was just how un-racist the man really was.

As a teenager, when black members of his high school football team were denied lodging at a hotel, Reagan took them to his house. As a budding actor, when he learned that the country club he belonged to excluded Jews, he quit. As President, he made exceptional (for the time) outreach to black Americans, forming a variety of task forces to include them in policy making.

The Gipper learned early on from his father, Jack—a Catholic—that if discrimination was practiced against one group, it would very soon turn to others.

​But everyone knew this about Dutch. In 1984, activist Muhammed Ali switched his support from Jesse Jackson to Ronald Reagan for president. That same year, blues legend Ray Charles endorsed Reagan and appeared at the Republican National Convention. The hardest working man in show business, James Brown, called Reagan “the Smartest President Ever.” Journalist Tony Brown praised Reagan, and Reagan spoke on his show glowingly of black colleges.

​For most, Reagan’s actions spoke louder than typical politicians’ platitudes about race relations. But when it came to the “welfare queens,” as Charles Murray showed in his pathbreaking book Losing Ground, Reagan was absolutely right.

The system was indeed stacked with incentives to not work, to break up marriages, or to not get married in the first place. A cursory look at family breakup since Aid to Families with Dependent Children was passed under the Great Society shows that Reagan was right on the money.

Illegitimacy soared, and as a result, crime skyrocketed with it. Meanwhile, the amount of money poured into welfare programs rose—and continued rising under Reagan (one of his more important failures).

​Under Reagan, inflation-adjusted median cash income of blacks rose a stunning 12%; while under Barack Obama, the median income of black households fell 2.2%. Black unemployment was sliced by more than 3% under Dutch.

But because of his steadfast campaign to end inflation, the dollars black workers took home were worth still more. The Gipper, along with Paul Volcker, took a courageous stand against the disease of inflation and whipped it—and not with a silly button as Gerald Ford used.

​If a criticism of Reagan is to be made vis-a-vis black Americans, it is that he designed and pushed the Simpson-Mazzoli Act since 1981, which few scholars have addressed. Indeed, Reagan was not “fooled” into signing amnesty—he had created the poicy and sold it to Congress.

Amnesty held down wages of black Americans—and all Americans—even more than they would have been. Without amnesty, it’s quite likely wages would have risen even further. Reagan’s economic policies were just that good!

​For real racists, Ocasio-Cortez might try the Democratic Party, the Party of the Ku Klux Klan, the party whose “Dixiecrats” blocked civil rights legislation, and the party whose big-spending policies generated inflation that nearly destroyed the lives of all Americans.

All Americans should be grateful that Ronald Reagan’s economy was color blind, as was his character.

Larry Schweikart, a native Arizonian, earned a BA in Political Science at Arizona State University before going on the road with several different rock bands, opening for such 60s/70s acts as Steppenwolf. He abruptly decided he wanted to be a history professor, and received an MA from ASU in history, then a Ph.D. from University of California, Santa Barbara. From 1985 to 2016 he taught at the University of Dayton. Schweikart’s best selling books include Seven Events that Made America and his #1 NYTimes bestseller, with Mike Allen, A Patriot’s History of the United States. He has been on almost all media, from Al-Jazeera to Glenn Beck, from Tavis Smiley to Rush Limbaugh. Since 2009, he has been a film producer. His documentary, “Rockin’ the Wall,” about rock music’s part in bringing down the Iron Curtain, appeared on PBS, and its sequel, “Other Walls 2 Fall,” was just released. Author of over 25 books and numerous screenplays, his How Trump Won with Joel Pollak was completed before the 2016 election (which Trump won) and his forthcoming Reagan: the American President will appear in May 2019. His teaching website, “The Wild World of History” (www.WildWorldofHistorycom) launches in April of 2019, and includes his teaching on all of Patriot’s History and other books.