HomePolicyLessons From Sweden About Welfare And Immigration

Lessons From Sweden About Welfare And Immigration 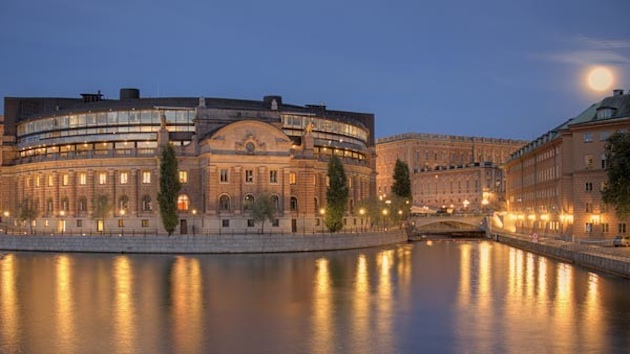 Riksdagshuset in Stockholm, Sweden. Stockholm is the capital and largest city in Scandinavia.

Sweden is an odd country, at least from the perspective of public policy. On the positive side, it has private Social Security accounts. It has an admirable school choice system. And it was a good role model of spending restraint back in the 1990s.

But on the negative side, Sweden has one of the world’s biggest welfare states. Even after the spending restraint of the 1990s, the public sector consumes about 50 percent of economic output. And that necessitates a punitive tax code. 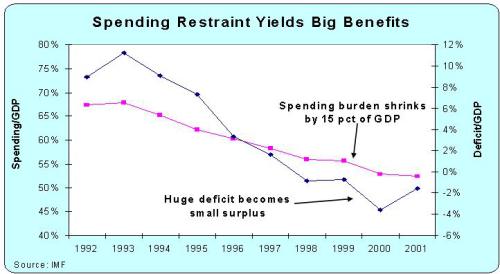 There’s also a truly perverse fixation on equality. And you won’t be surprised to learn that the government-run healthcare system produces some unpleasant outcomes.

Today, let’s build on our understanding of Sweden by looking at how the country’s welfare state interacts with the immigration system.

Writing for CapX, Nima Sanandaji discusses these issues in his adopted country of Sweden.

Sweden has had an unusually open policy towards refugee and family immigrants. The Swedish Migration Agency estimates that around 105,000 individuals will apply for asylum only this year, corresponding to over one percent of Sweden’s entire population.

This openness is admirable, but is it successful? Are immigrants assimilating and contributing to Sweden’s economy?

Unfortunately, the answer in many cases is no.

…the open attitude towards granting immigrants asylum is not matched by good opportunities on the labor market. An in-depth study by the daily paper Dagens Nyheter shows that many migrants struggle to find decent work even ten years after entering the country. …The median income for the refugees in the group was found to be as low as £880 a month. The family immigrants of refugees earned even less. Ten years after arriving in the country, their median income was merely £360 a month. These very low figures suggest that a large segment of the group is still relying on welfare payments. Dagens Nyheter can show that at least four out of ten refugees ten years after arrival are supported by welfare. The paper acknowledges that this is likely an underestimation.

So what’s the problem? Why are immigrants failing to prosper?

To be more specific, the country’s extravagant welfare state acts as flypaper, preventing people from climbing in the ladder of opportunity.

The combination of generous benefits, high taxes and rigid labour regulations reduce the incentives and possibilities to find work. Entrapment in welfare dependency is therefore extensive, in particular amongst immigrants. Studies have previously shown that even highly educated groups of foreign descent struggle to become self-dependent in countries such as Norway and Sweden. …The high-spending model is simply not fit to cope with the challenges of integration.

So what’s the moral of the story? Well, the one obvious lesson is that a welfare state is harmful to human progress. It hurts taxpayers, of course, but it also has a harmful impact on recipients.

And when the recipients are immigrants, redistribution is especially perverse since it makes it far less likely that newcomers will be net contributors to a nation.

And that then causes native populations to be less sympathetic to immigration, which in unfortunate since new blood – in the absence of bad government policy – can help boost national prosperity.

Though let’s at least give Sweden credit. I’m not aware that its welfare programs are subsidizing terrorism, which can’t be said for the United Kingdom, Australia,France, or the United States.

America’s Government School System: Never Have So Many Paid So Much To Achieve So Little