HomePolicyEverything You Need To Know About France In A Single Story 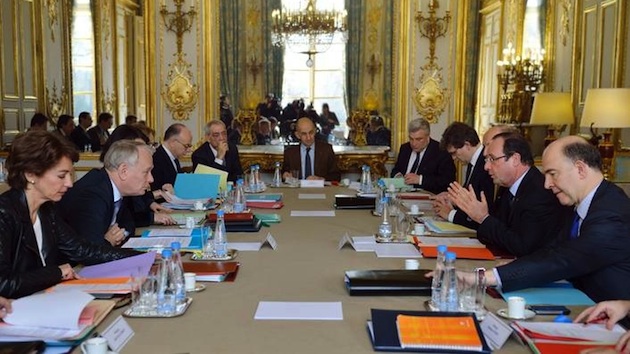 There’s a Terror Wing in the Moocher Hall of Fame, so I guess it stands to reason that I should create a French Wing of the Bureaucrat Hall of Fame. After all, few nations can compete with France in the contest to over-tax and over-spend. And a lot of that spending goes to subsidize a bloated bureaucracy.

Moreover, I suspect many members of that bureaucracy work in jobs that shouldn’t exist and get wildly over-compensated.

Just last month, for instance, I honored one of those bureaucrats with membership in the Hall of Fame because she managed to squander an average of $145 of other people’s money on taxis each and every day (including weekends) even though she also had a taxpayer-provided car and chauffeur!

Wow. And she wasted that much money while working in a position (archivist for the country’s government-run media operation) that never should have been created.

Speaking of which, here are some amusing (only amusing because I’m not a French taxpayer) snippets from a story in the U.K.-based Times about some other ultra-spoiled French bureaucrats.

The 40 members of the Académie Française have…lavish perks… Their remuneration arrangements…include free flats in some of Paris’s most sought-after districts… The report, by the Court of Accounts, is likely to add to widespread resentment of a Parisian elite seen as clinging to its privileges.

The pay levels for these über-bureaucrats are absurd, but the perks are downright astounding.

Many [flats] were made available without justification to the intellectuals who belonged to the academies and their staff, the report said. …Hélène Carrère d’Encausse, the historian who is its “permanent secretary”, received €104,768 a year and a free flat in Paris, the report said. The academy justifies her remuneration on the ground that her work is so great that she has to “renounce all literary work”. However, Mrs Carrère d’Encausse has produced nine books, largely on Russia, her specialist subject, since being given the post in 1999. …There is also criticism of Hugues Galls, the opera director who sits on the Academy of Fine Arts and runs one of its properties — the house and gardens where Claude Monet lived. The report said he received a BMW 125i, bought by the academy for €40,461. His garage fees of €1,700 a month are paid by the institution.

No wonder the OECD is based in Paris. The culture is perfect for elitist leeches.

And it shows that my First Theorem of Government applies in France as well as the United States. 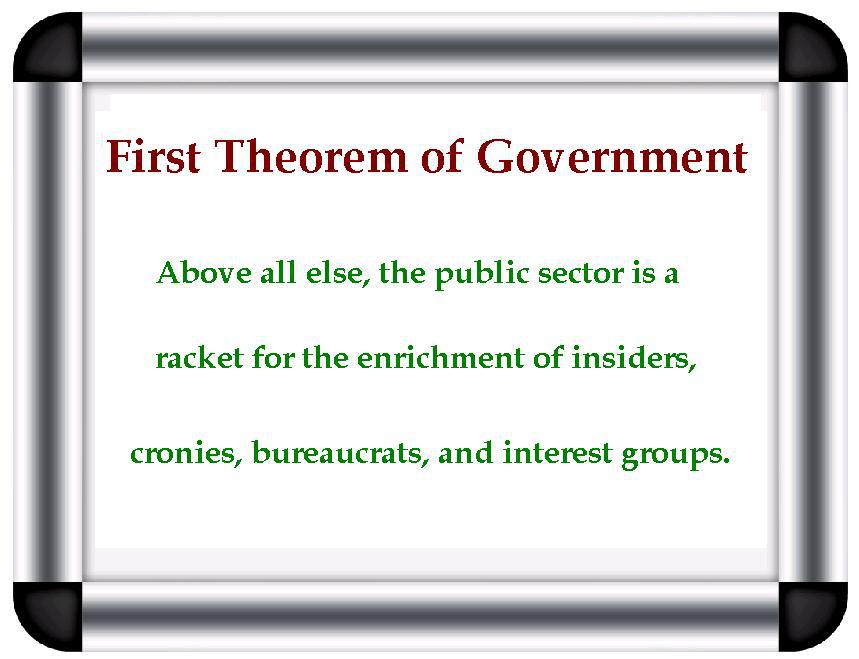 The only silver lining to this dark cloud is that the French elite is slowly waking up to the reality that the government is running out of victims to finance such special-interest perks.

P.S. I rarely get to celebrate good news, so let’s enjoy this moment because the government thugs who stole $107,000 from Lyndon McLellan are being forced to return the money.

Reason has the wonderful details.

…the federal prosecutor assigned to the case was peeved. “Your client needs to resolve this or litigate it,” Assistant U.S. Attorney Steve West wrote in an email message. “But publicity about it doesn’t help. It just ratchets up feelings in the agency. My offer is to return 50% of the money. The offer is good until March 30th COB.” That deadline came and went, but Lyndon McLellan, the convenience store owner who lost $107,000 to the IRS because it considered his bank deposits suspiciously small, refused to fold. That turned out to be a smart move, because West was bluffing. Yesterday the government agreed to drop the case and return all of McLellan’s money.

This is great news, but notice what happened. The Assistant U.S. Attorney initially tried to threaten this innocent man.

But as the case got more publicity, the hack bureaucrat was forced to relent, in much the same way cockroaches scurry into crevices when the kitchen light is turned on.

By the way, if anyone knows Steve West, make sure to let him know that he’s a despicable human being. I bet he’s friends with Robert Murphy and Michael Wolfensohn.