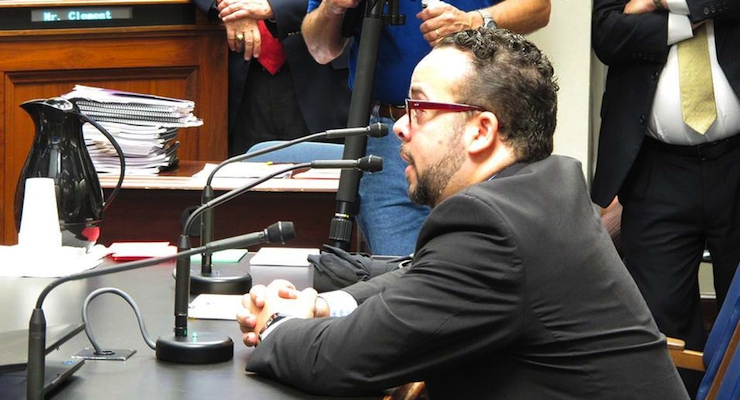 State Sen. J.P. Morrell, a Democrat who voted against eliminating the tax holidays, told the Times-Picayune that his Republican colleagues were encouraged to keep the tax holiday for guns and hunters in a letter from U.S. Sen. David Vitter (R-La.). (Photo: AP)

If you’re a libertarian or a small-government conservative, it’s quite likely you believe both these statements.

But what happens if these two statements are in conflict?

This isn’t a hypothetical question. As reported by Politico, there’s legislation in Louisiana to have a special three-day “tax holiday” on purchases of selected products, including guns and ammo.

Louisiana’s state legislature decided Tuesday to eliminate a tax holiday for hurricane equipment and school supplies, but keep one for guns and other hunting tools. In a 7-2 vote, the Louisiana Senate’s Committee on Revenue and Fiscal Affairs decided that for a three-day weekend at the beginning of September the state would eliminate its sales tax on firearms, ammunition, knives and ATVs. …Ultimately, three Democrats voted with four of their Republican colleagues to keep the tax holiday for hunting while eliminating the other two.

Is this a good idea?

I’m conflicted. As a fan of the flat tax, I obviously don’t want government to micro-manage the economy with back-door industrial policy in the tax code. And I’ve also written that tax holidays are a less-than-ideal way of reducing taxes. So this suggests that I’m against the Louisiana proposal.

But on the other hand, I’m an advocate of “starve the beast,” which means I support policies that will shrink the amount of revenue controlled by politicians. And I also strongly support the Second Amendment and want safer communities, so I like the idea of expanded gun ownership.

So how would I have vote if (Heaven forbid!) I was a Louisiana legislator?

I guess I would vote yes. Based on the limited information in the article, the proposal is a pure tax cut. So while I don’t like loopholes, I’ve also stated that I only want to eliminate such preferences if all the revenue was used to lower tax rates.

So the bottom line is that I would oppose the policy if the holiday was financed by an increase in the overall sales tax rate (similarly, I would support getting rid of the holiday as part of a proposal to lower the overall sales tax rate). But since such tradeoffs don’t apply, I would grudgingly offer my support (especially since I know the plan would offend anti-gun statists such as Michael Bloomberg).

P.S. We’ll add this post to my collection of libertarian quandaries.

P.P.S. Since we have a gun-related topic, I can’t resist sharing this example of pro-Second Amendment propaganda.

By the way, if you disagree with the message in this image, please take this IQ test for criminals and liberals and reconsider your views.

Will Obama Have a Positive Economic Legacy?