The X-Rated Version of Great Moments in Tax Avoidance 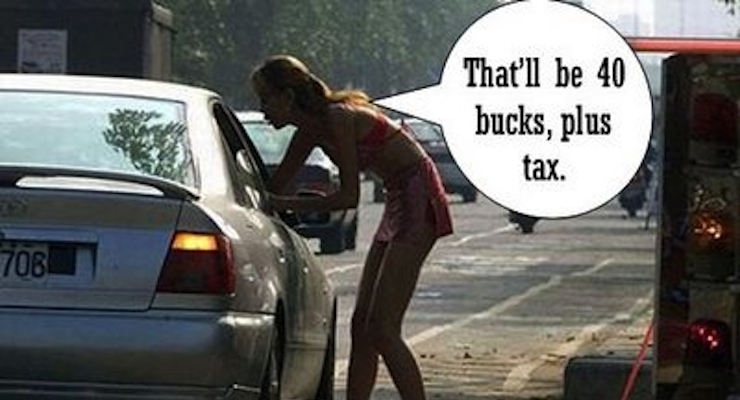 They say economists are boring people. Today, though, I’m going to break the stereotype by writing about the fascinating intersection of sex and public policy.

Okay, maybe it’s only the sex part that’s interesting, but we’re going to look at a couple of examples of how excessive government can take the fun out of anything.

In other words, we’re going to add to our “sin tax” collection.

Now let’s get to our new additions.

Here are some of the details from a story in the U.K.-based Telegraph.

A brothel in Austria is offering free sex to its customers – as a tax protest. Pascha brothel in the city of Salzburg is advertising a “Summer Special”. “We’re not paying any more tax!” says an announcement on the brothel’s website. “From now on: Free entry! Free drinks! Free sex!” The brothel’s owner, Hermann Müller, is paying the prostitutes out of his own pocket as a protest against what he says are unfair taxes.

Gee, this sounds a lot more intriguing than throwing tea in Boston Harbor. 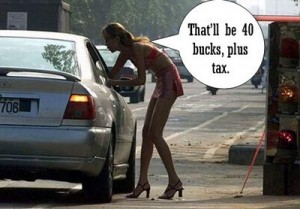 And a lot more popular.

“…we’ve already had to send hundreds of customers away because we had a full house,” Mr Müller told Austria’s Kronen Zeitung newspaper.

The brother owner doesn’t like the fact that government seems to make more money off prostitution than he does.

The German-born Mr Müller runs a chain of brothels… “In the past decade alone I’ve paid nearly €5m in taxes in Salzburg alone,” he said. “And they want more and more…” He complained that tax officials check up on the brothel’s business every 14 days.

Maybe Mr.  should move to Nevada. That state, for unknown reasons (perhaps politicians are big customers?), has a loophole in the sales tax for prostitution services.

And maybe the women also should move since Nevada doesn’t have a state income tax.

Under Austrian law prostitutes must be self-employed – so they will still be liable for their own taxes.

By the way, we have similar issues in the United States.

As reported by the New York Law Journal, it seems government tax collectors like to insert themselves (no pun intended) between consenting adults.

Pole dance routines by exotic dancers in an Albany-area juice bar are an expression of artistic merit, but the private couch dances performed for individual patrons are not, a state tax department administrative law judge has ruled. The distinction drawn by ALJ Joseph Pinto Jr. is an important one for the outcome of the state Division of Taxation’s latest attempt to collect sales taxes from the Nite Moves club on couch dances. Auditors contend that the club and its proprietors owe the state just under $530,000 in unpaid taxes on the private dances and on cover charges for the period.

The strip club wanted to take advantage of the sales tax exemption for art.

The same club challenged its tax bill for 2002-05, also on grounds it was due the exemption for artistic performances on First Amendment grounds.

But the Judge decided that pole dances qualify, but not lap dances.

Pinto rejected the claim of Nite Moves’ owners that the couch dances, being artistic in nature, fall under the same state sales tax exemption… He cited the testimony presented by several dance experts about the artistic merit of the pole routines.

The Judge’s decision seems to track the outcome of a similar case involving the Hustler Club in New York City, so government officials in the Empire State are obviously on top (no pun intended) of these issues. 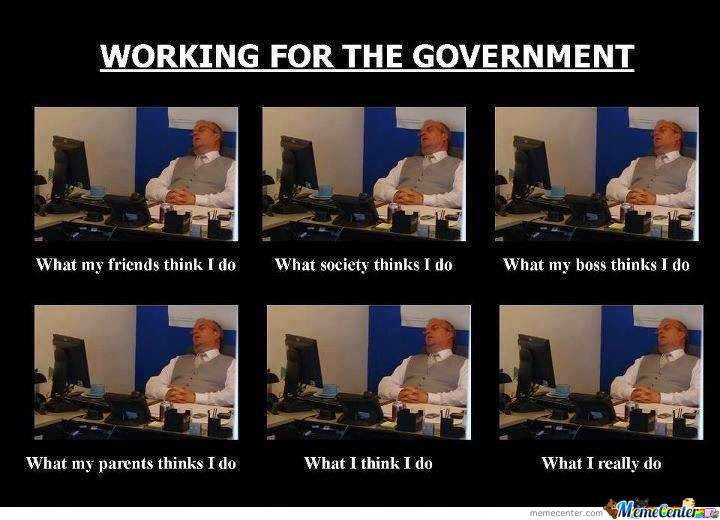 And even though bureaucrats have a reputation for being lazy, some of them are willing to go above and beyond the call of duty to make sure the tax laws are enforced.

He cited the testimony of the supervisor of the Nite Moves audit who said the “private dance was essentially a full body rub” and far different than the pole dances the supervisor observed in his 10 to 15 visits to the club.

Hmmm…, I wonder whether “the supervisor” has a wife and whether she thought 10 to 15 visits were really necessary?

Let’s close by making a serious point. Prostitutes and “exotic dancers” presumably don’t have easy lives. And maybe we should even have some sympathy for their customers, who presumably would prefer not to have to pay women for their company.

So why, then, impose extra-high taxes on the sex industry?

Though maybe we should look at the bright side. At least hookers and strippers aren’t savers and investors.

Those are the people who get hit hardest by the tax system, though I’ve never understood why financing tomorrow’s growth is a sinful activity that should be discouraged.

Does Freedom Mean an Entitlement to Other People’s Money?