HomePolicyKatrina, Flint, and the Practical Case for Federalism 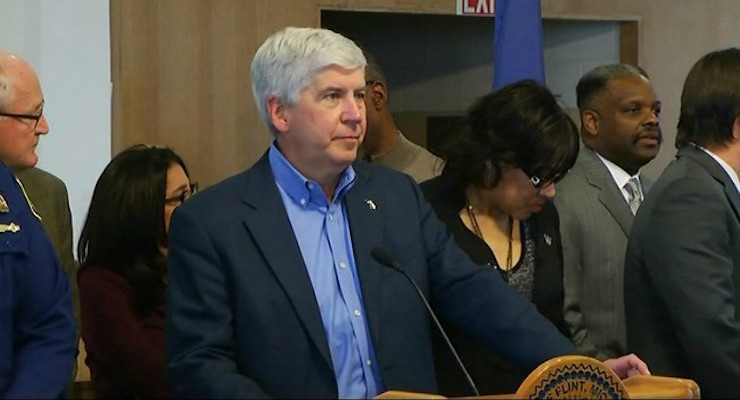 Remember the cluster-you-know-what in New Orleans following Hurricane Katrina? Corrupt and incompetent politicians in both the city and at the state level acted passively, assuming that Uncle Sam somehow should be responsible for dealing with the storm.

And we’ve seen similar behavior from other state and local politicians before, during, and after other natural disasters.

The obvious lesson to be learned is that the federal government shouldn’t have any responsibility for dealing with natural disasters. All that does it create a wasteful layer of bureaucracy, while also inculcating a sense of learned helplessness on the part of state and local officials who should be responsible for dealing with storms and other local crises.

But not just because of some abstract principle. There’s a very strong practical argument that you get more sensible decisions when the public sector is limited (as Mark Steyn humorously explained) and there is clear responsibility and accountability at various levels of government.

And this is why the biggest lesson from the scandal of tainted water in Flint, Michigan, is that local politicians and bureaucrats should not be able to shift the blame either to the state or federal government. Which was my main point in this interview.

To be sure, it is outrageous that state and federal bureaucrats knew about the problem and didn’t make it public, so I surely don’t object to officials in Lansing and Washington getting fired.

The Wall Street Journal has the same perspective, opining that the mess in Flint is a failure of government.

…the real Flint story is a cascade of government failure, including the Environmental Protection Agency.

More specifically (and as I noted in the interview), we have a local government that became a fiefdom for a self-serving bureaucracy that was more concerned with its privileged status than in providing core government services.

…after decades of misrule: More than 40% of residents live in poverty; the population has fallen by half since the 1960s to about 100,000. Bloated pensions and retiree health care gobble up about 33 cents of every dollar in the general fund.

And the WSJ editorial also castigated the state and federal bureaucrats that wrote memos rather than warning citizens.

MDEQ and the EPA were chatting about Flint’s system as early as February. MDEQ said it wanted to test the water more before deciding on corrosion controls, though it isn’t clear that federal law allows this.…the region’s top EPA official, political appointee Susan Hedman, responded… “When the report has been revised and fully vetted by EPA management, the findings and recommendations will be shared with the City and MDEQ and MDEQ will be responsible for following up with the City.” She also noted over email that it’s “a preliminary draft” and it’d be “premature to draw any conclusions.” The EPA did not notify the public.

The lesson is that adding state and federal bureaucracy impedes effective and competent local government.

The broader lesson is that ladling on layers of bureaucracy doesn’t result in better oversight and safety. It sometimes lets agencies shirk responsibility for the basic public services like clean water that government is responsible for providing.

Federalism is about getting better government by creating clear lines of responsibility and accountability in an environment that allows state and local governments to learn from each other on best practices.

The current system blurs responsibility and accountability, by contrast, while also imposing needless expense and bureaucracy. And we get Katrina and Flint with this dysfunctional approach.

So whether it’s Medicaid, education, transportation, welfare, or disasters, involvement from Washington makes things worse rather than better.