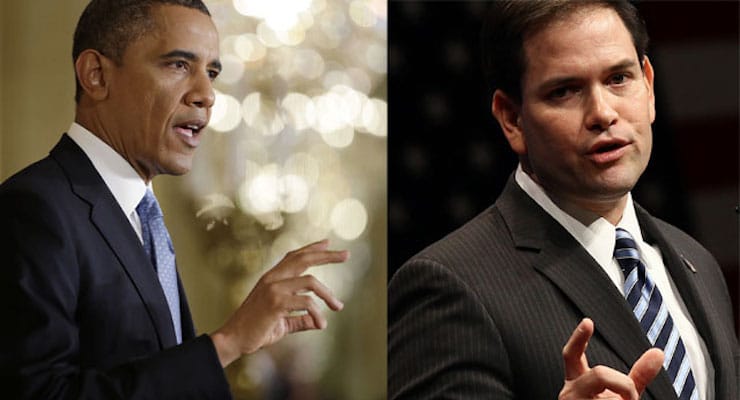 My colleague Michael Cannon has been a tireless advocated for market-based health reform. His research has helped pave the way for good Medicare and Medicaid reform proposals on Capitol Hill

and he is justifiably famous for his dogged opposition to Obamacare.

With that glowing introduction, you may be surprised to learn that Michael has stirred up a hornet’s nest among conservatives by asserting that Marco Rubio’s healthcare reform legislation contains an Obama-like mandate.

…where is conservative outrage over Marco Rubio’s health plan, which actually contains an individual mandate? …The centerpiece of Rubio’s proposal… If you purchase a government-approved health plan, you could save, for example, $2,000 on your taxes. If you don’t, you pay that $2,000 to the government. That is exactly how Obamacare’s individual mandate works.

As you might expect, this rubs a lot of people the wrong way.

By this twisted, Orwellian logic, there is a government mandate to have kids (child tax credit), buy a house (mortgage interest deduction) and save for retirement (401(k) plans).

James Capretta is similarly critical in his column for National Review.

Cannon’s logic is absurd. Senator Rubio…wants to make sure that all Americans get a comparable tax break for health insurance, regardless of whether or not they get their insurance through their place of work. …No one would be required to do anything.

Grace-Marie Turner, in her column for Forbes, echoes those statements.

The Rubio plan does not and would not involve a mandate, and there are no enforcement penalties for not taking the credit. …Claiming that the Rubio plan is at least as bad as Obamacare is an irresponsible position.

Wow, Michael is apparently twisted, absurd and irresponsible. And these are statements from his friends and allies! When I get slammed, by contrast, it’s by leftists.

So what gives? At the risk of sounding like a mealy-mouthed politician, I’m going to argue that both Michael and his critics are right and that this fight is not really about a “mandate” but instead is a battle over whether (and how) government should use fiscal policy to induce certain healthcare decisions.

First, let me explain why Michael is right. His core argument, as captured by this excerpt from his article, is very straightforward.

Rubio’s tax credit would…give the federal government as much power to force you to purchase unwanted coverage as Obamacare does.

Now here’s why Michael’s critics are right. Notwithstanding a degree of economic equivalence, most people do not think a penalty and a bribe are the same.

The average person probably won’t get offended if you tell them they can have $1,000 if they touch a hot stove. They may say yes or they may say no, and they may think you’re weird for making the offer, but there presumably won’t be hard feelings.

On the other hand, if you tell the average person that you will coercively deprive them of $1,000 if they don’t touch a hot stove, they will probably be upset that you’re putting them in an unpleasant position. And regardless of what they choose, they’ll resent you.

This helps to explain why many people don’t like Obamacare. It forces them to choose between two things they may not want.

But in Rubio’s plan, the choice is whether you should choose something in order to get something. That’s a more pleasing scenario.

Now let’s shift to the real issue, which is the degree to which fiscal policy should be used to encourage health insurance.

Michael is an advocate of large health savings accounts and most everyone else prefers tax credits (and they prefer refundable credits, akin to the EITC, which means Uncle Sam would give money to people who don’t earn enough to pay tax). 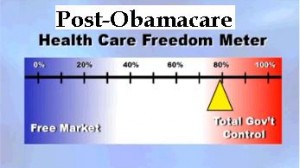 The bottom line is that this isn’t a fight between good guys and bad guys. It’s a tactical disagreement among people who realize that government intervention has screwed up our healthcare system and don’t fully agree on how to get the toothpaste back in the tube.

P.S. Shifting to a different topic, it’s time to savor a rare victory. Regular readers may recall the postscript in a column last year about the IRS stealing the bank account of a guy who runs a convenience store in North Carolina. That was horrible and disgusting (and there are many other examples of similar misbehavior by the feds). But the good news is that the bureaucrats have been forced to return the money.

But remember that this is just a victory in one battle. We won’t win the war until the disgusting practice of civil asset forfeiture is abolished.

The War against Cash, Part Three