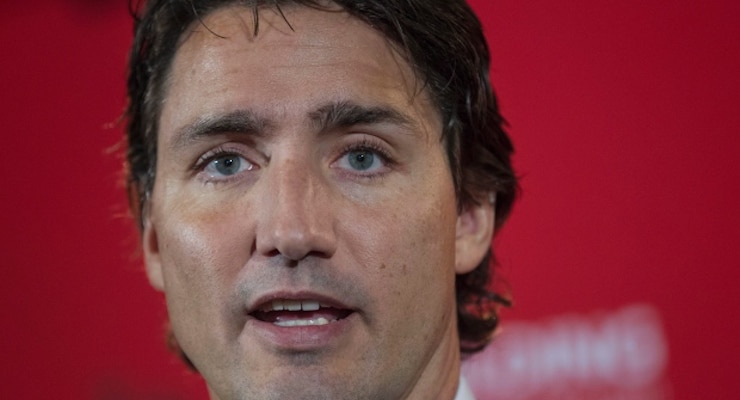 In recent weeks, the bureaucrats at both the International Monetary Fund and the Organization for Economic Cooperation and Development have recommended that politicians should have a green light to supposedly stimulate growth by increasing the burden of government spending.

Since the lavish (and tax-free) salaries for IMF and OECD bureaucrats are made possible by those same politicians, it’s hardly a surprise that the international bureaucracies cranked out their justifications for bigger government.

Now it’s time to see which nations actually decide to roll the dice with a Keynesian spending binge, and it looks like Canada is at the top of the list.

Canadian Prime Minister Justin Trudeau is urging global leaders to rely more on government spending…to spur growth… He also defended his plan to go willingly into the red. …Trudeau’s arrival on the global scene and his endorsement of deficits marks a sharp about face from his predecessor, Stephen Harper. Along with German Chancellor Angela Merkel and U.K. Prime Minister David Cameron, Harper championed the budget austerity alliance within the Group of Seven that often clashed with the U.S. on fiscal policy.

Needless to say, the former Canadian Primer Minister was right and Obama was – and still is – wrong.

And while they certainly aren’t advocates of small government, Angela Merkel and David Cameron also were wise to impose a modest bit of spending restraint in recent years.

Now we’ll see what happens to Canada as government gets bigger.

Here are some of the specific details about Trudeau’s proposed spending binge.

Trudeau, 44, hinted he is considering expanding on pledges that have his country on pace for a deficit of nearly C$30 billion ($22.3 billion) in the fiscal year that begins April 1. Having promised C$10.5 billion in new spending during the campaign…”we need to be investing intelligently in infrastructure, in money in the pockets of the middle class, to grow the economy,” Trudeau said of the fiscal situation.

And he explicitly invokes the discredited Keynesian argument that a larger burden of government spending somehow boosts economic performance.

Statistics Canada reported that output grew just 1.2 percent in 2015, down from 2.5 percent in 2014. To Trudeau, that’s a reason to spend more instead of tightening up to eliminate the deficit, as Harper had argued in last year’s election campaign. “Cuts would have been terrible for the economy,” Trudeau said.

What makes the Canadian developments so tragic is that the country has been a comparative success story in recent decades.

Canada is now one of the world’s most economically free nations thanks to relatively sensible policies involving spending restraint, corporate tax reform, bank bailouts, the tax treatment of saving, regulatory restraint, and privatization of air traffic control. Heck, Canada even has one of the lowest levels of welfare spending among developed nations.

Most remarkable, the country’s biggest progress on spending actually took place when Trudeau’s party was in charge in the 1990s.

And now Trudeau wants to reverse course and put Canada’s progress at risk.

P.S. It’s good news (or, to be more accurate, a lesser form of bad news) that Trudeau’s Keynesian agenda involves infrastructure spending since there’s at least a possibility that such outlays may generate a positive return. If he was proposing a lot of redistribution spending, by contrast, that would represent bad policy from both a micro and macro perspective.

A Primer on Growth, Politics, and Taxation