A Visual Lesson About Economic Freedom 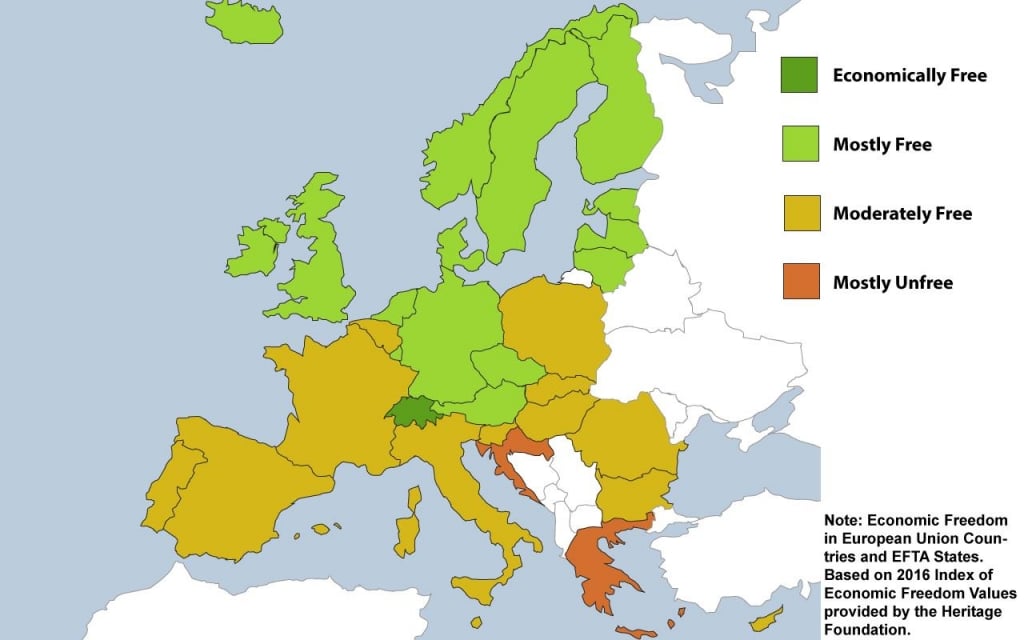 I’m in Marrakech where I just spoke about the importance of economic freedom and entrepreneurship.

To close out my presentation, I zipped through several slides showing how nations with pro-market policies enjoy faster long-run growth than countries burdened by statism. The obvious conclusion is that even modest improvements in economic growth, if sustained for a long period, can make a tremendous difference in living standards.

In future talks, I may start to include this fascinating map, produced by Jakub Marian, which provides an apples-to-apples comparison of local purchasing power in Europe based on the cost of living and the average level of income.

Green nations therefore have the highest living standards, followed by blue nations, all the way to the red countries, which are the poorest. 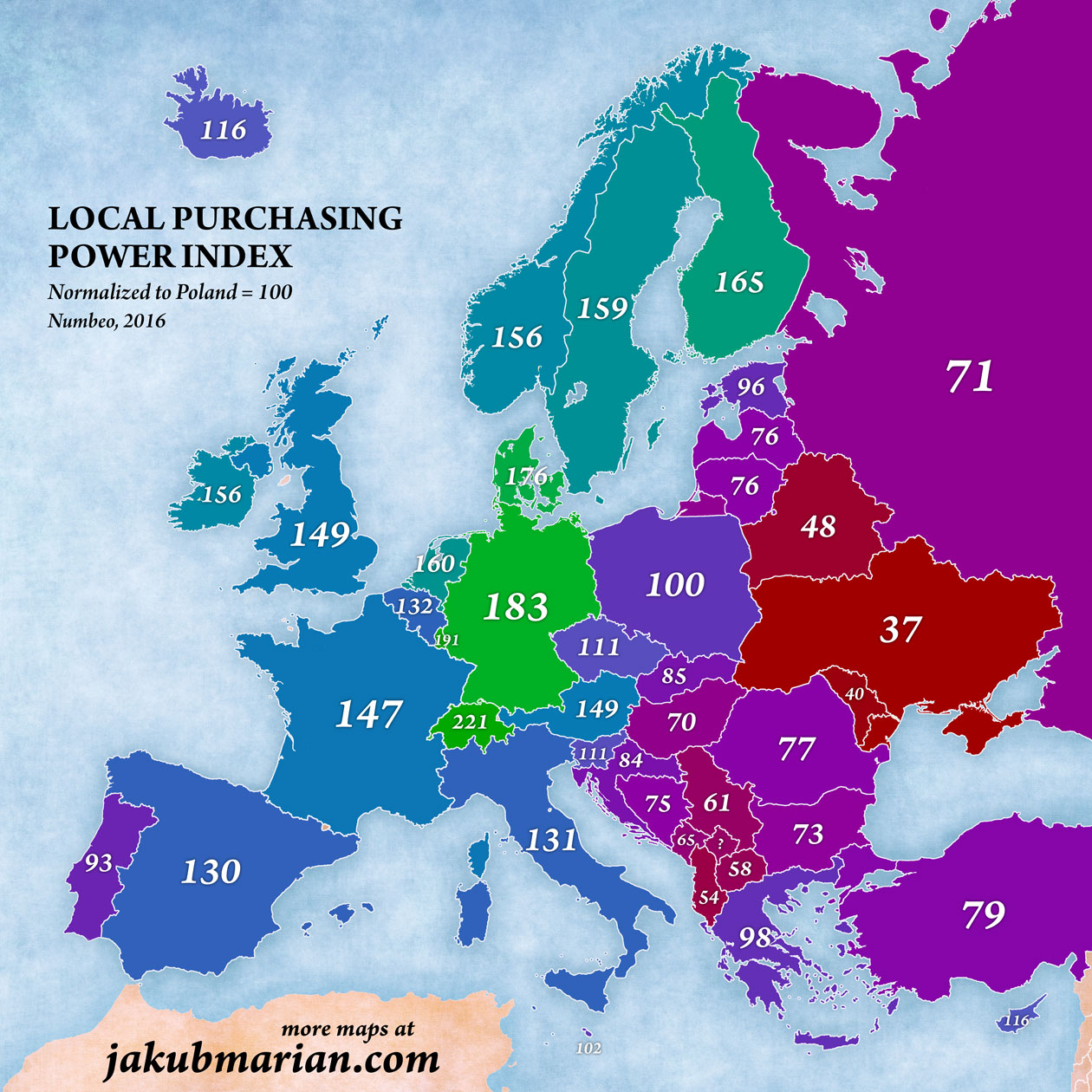 This is a very interesting data, in part because it certainly seemed at first glance to show that there is a relationship between rich nations and economic freedom.

So I went to Economic Freedom of the World (EFW) and looked at the scores for the richest 10 nations on the map (actually, richest 11 since Austria and the U.K. are tied at 149).

Of those countries, all but one of them are considered economically free and are in the top 31 out of 157 nations in the ranking.

Only Sweden isn’t in this top category, and even that nation is ranked 42 and is mostly free.

There are three takeaways from these numbers.

First, it’s worth noting that the top two nations, Switzerland and Luxembourg, are tax havens. So maybe other nations should emulate such policies. And I’m guessing Liechtenstein and Monaco would be at the very top if they were part of either the map or the EFW rankings.

Second, libertarian perfection would be nice, but the free market is capable of generating good results even if policy is merely decent. Almost all European nations have excessive taxes and spending, for instance, but they compensate with very pro-market policies in other areas.

Third, there are several European nations from the former Soviet Empire that have earned good EFW scores. If their reasonably good policies are maintained for several decades, they will catch up to – and in many cases exceed – the living standards in Western Europe.

Last but not least, here’s a map of Europe based on the Heritage Foundation’s Index of Economic Freedom, which is quite similar to EFW.

Notice that the green nations on this map largely match the green and blue nations in the Jakub Marian map. The Baltic nations are the most notable exceptions, and I’ve already predicted they will catch up to Western Europe if their pro-liberty policies are sustained.

Of course, the real role models should be Hong Kong and Singapore since those jurisdictions have more economic liberty than even Switzerland.

Actually, I’m even willing to say that France is an ideal role model. But only if nations emulate the France of 1870 rather than the France of 2016.

More Hack Analysis from the IMF