HomePolicyObamaCare and the Second Theorem of Government

ObamaCare and the Second Theorem of Government

A couple of years ago, filled with disgust at the sleazy corruption of the federal Leviathan, I put forth a simple explanation for what happens in Washington, DC.

I call it the “First Theorem of Government,” and I think it accurately reflects the real purpose and operation of government. Except I probably should have added lobbyists and contractors. And it goes without saying (though I probably should have said it anyhow) that politicians are the main beneficiaries of this odious racket. 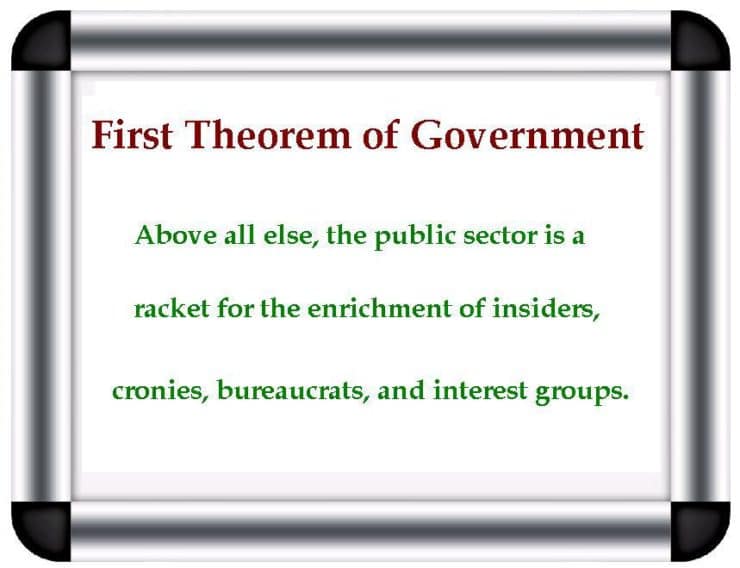 I think this theorem has stood the test of time. It works just as well when Republicans are in charge as it does when Democrats are in charge.

But it doesn’t describe everything.

For instance, Republicans have won landslide elections in recent years by promising that they will repeal ObamaCare the moment they’re in charge. Well, now they control both Congress and the White House and their muscular rhetoric has magically transformed into anemic legislation.

This is very disappointing and perhaps I’ll share some of Michael Cannon’s work in future columns about the policy details, but today I want to focus on why GOP toughness has turned into mush.

In part, this is simply a reflection of the fact the rhetoric of politicians is always bolder than their legislation (I didn’t agree with 98 percent of what was said by Mario Cuomo, the former Governor of New York, but he was correct that “You campaign in poetry. You govern in prose.”)

But that’s just a small part of the problem. The real issue is that it’s relatively easy for GOP politicians to battle against proposed handouts and it’s very difficult to battle against existing handouts. That’s because government goodies are like a drug. Recipients quickly get hooked and they will fight much harder to preserve handouts than they will to get them in the first place.

And that’s the basic insight of the “Second Theorem of Government.” 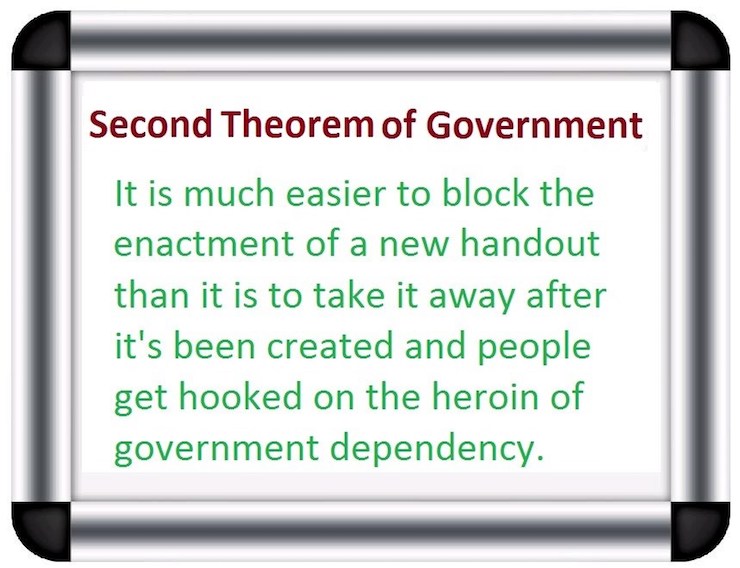 Here’s a recent interview on FBN. The topic is the Republican reluctance to fully repeal Obamacare. I only got two soundbites, and they both occur in the first half of the discussion, but you can see why I was motivated to put forth the new theorem.

Simply stated, I’m disappointed, but I’m more resigned than agitated because this development was so sadly predictable.

And here are a couple of follow-up observations. I guess we’ll call them corollaries to the theorem.

For these reasons (as well as other corollaries to my theorem), I’m not brimming with optimism that we’ll get real Obamacare repeal this year. Or even substantive Obamacare reform.

P.S. Now you know what I speculated many years ago that Obamacare would be a long-run victory for the left even though Democrats lost many elections because of it. I sometimes hate when I’m right.

The World's Most Inefficient Healthcare System, Part I