HomePolicyWhich State Will Be the First to Suffer Fiscal Collapse?

Which State Will Be the First to Suffer Fiscal Collapse?

I’m a big fan of federalism because states have the flexibility to choose good policy or bad policy. And that’s good news for me since I get to write about the consequences.

One of the main lessons we learn (see here, here, here, here, and here) is that high-earning taxpayers tend to migrate from states with onerous tax burdens and they tend to land in places where there is no state income tax. 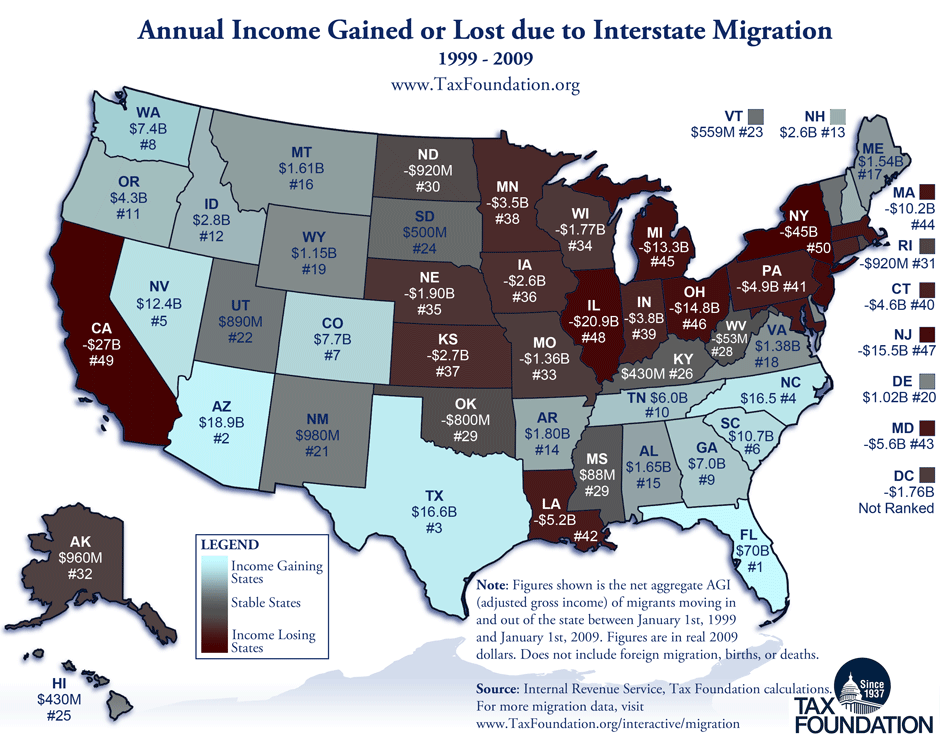 (We also learn that welfare recipients move to states with bigger handouts, but that’s an issue for another day).

In this interview with Stuart Varney, we discuss whether this trend of tax-motivated migration is going to accelerate.

I mentioned in the interview that restricting the state and local tax deduction is going to accelerate the flight from high-tax states, which underscores what I wrote earlier this year about that provision of the tax bill being a “big [expletive deleted] deal.”

I suggested that Stuart create a poll on which state will be the first to go bankrupt.

And there’s a lot of data to help people choose.

Technically, I don’t think bankruptcy is even possible since there’s no provision for such a step in federal law.

But it’s still an interesting issue, so I decided to create a poll on the question. To make it manageable, I limited the selection to 10 states, all of which rank poorly in one of more of the surveys listed above. And, to avoid technical quibbles, the question is about “fiscal collapse” rather than bankruptcy, default, or bailouts. Anyhow, as they say in Chicago, vote early and vote often.

You can vote on Dan’s blog, here. Illinois is currently in the lead at the time of publishing this article on PPD, followed by California in a distant second.