HomePolicyNew Jersey Doubles Down on Class Warfare and Big Government

New Jersey Doubles Down on Class Warfare and Big Government

New Jersey Democratic gubernatorial candidate Phil Murphy rests his hand on a box of petitions as he answers a question before delivering the petitions to meet Monday’s deadline for candidates to file petitions to run, Monday, April 3, 2017, in Trenton, N.J. (Photo: AP) 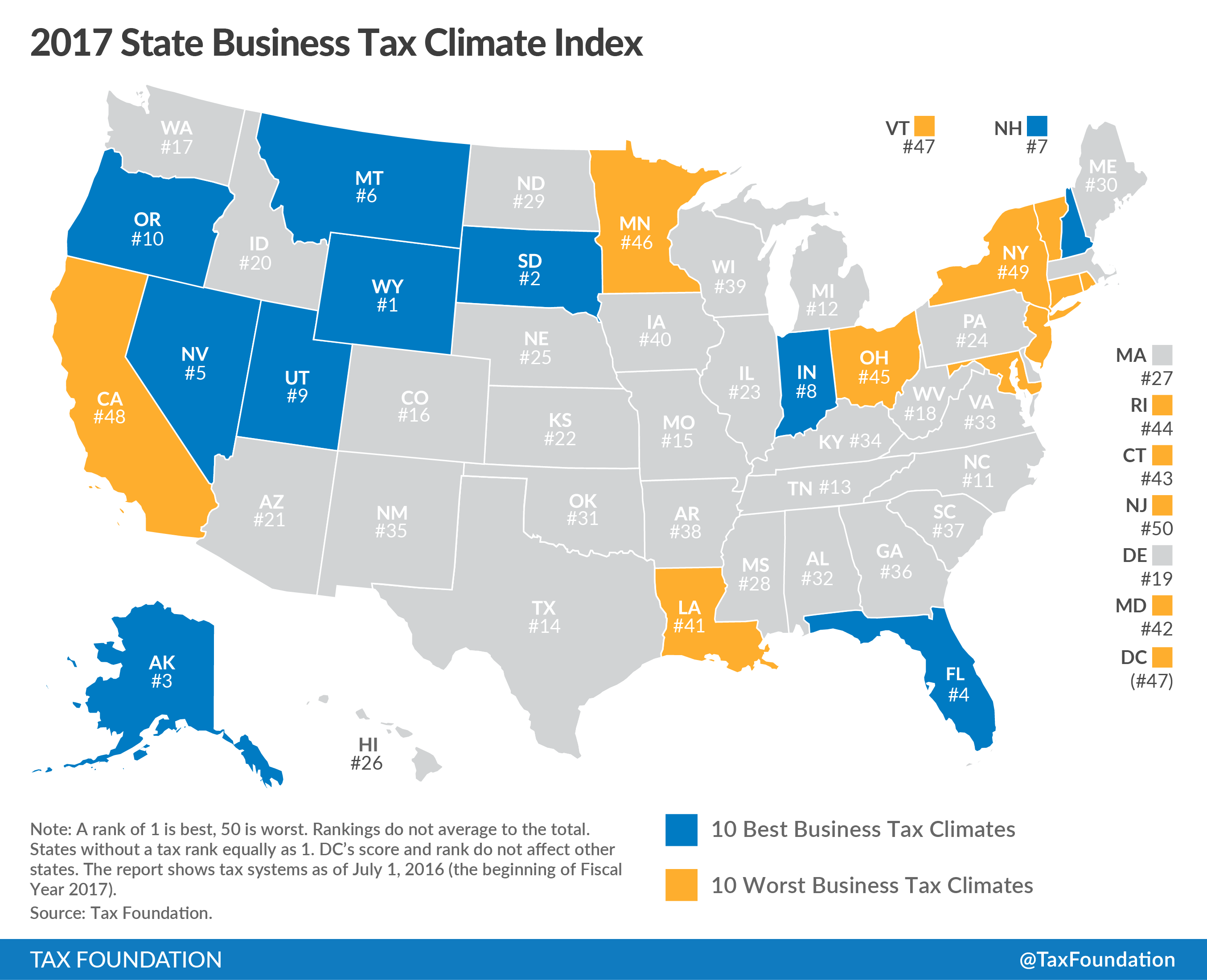 And it ranks in the bottom-10 in measures of state economic freedom and measures of unfunded liabilities for bureaucrat pensions.

All of this led me, last October, to warn that the state was suffering from fiscal decay.

Then, two months ago, James Freeman of the Wall Street Journal wrote about how New Jersey’s uncompetitive fiscal system was encouraging highly productive taxpayers to leave the state.

The Garden State already has the third largest overall tax burden and the country’s highest property tax collections per capita. Now that federal reform has limited the deduction for state and local taxes, the price of government is surging again

among high-income earners in New Jersey and other blue states. Taxpayers are searching for the exits. …says Jeffrey Sica, founder of Circle Squared, an alternative investments firm. “We structure real estate deals for family offices and high-net-worth individuals and at a record pace those family offices and individuals are leaving the TriState for lower-tax states. Probably a dozen this year at least,”…In the decade ending in 2016, real economic growth in New Jersey clocked in at a compound annual percentage rate of 0.1, just slightly higher than John Blutarsky’s GPA and less than a tenth of the national average for economic growth. The Tax Foundation ranks New Jersey dead last among the 50 states for its business tax climate. …Steven Malanga calls Mr. Murphy’s plan “the U-Haul Budget” for the new incentives it gives New Jersey residents to flee.

You would think that New Jersey politicians would try to stop the bleeding, particularly given the impact of federal tax reform.

But that assumes logic, common sense, and a willingness to put the interests of people above the interests of government. Unfortunately, all of those traits are in short supply in the Garden State, so instead the politicians decided to throw gasoline on the fire with another big tax hike.

The Wall Street Journal opines today on the new agreement from Trenton.

Governor Phil Murphy and State Senate leader Steve Sweeney have been fighting over whether to raise tax rates on individuals or businesses,

and over the weekend they decided to raise taxes on both. Messrs. Murphy and Sweeney agreed to raise the state’s income tax on residents making more than $5 million to 10.75% from 8.97% and the corporate rate on companies with more than $1 million in income to 11.5% from 9%. This will give New Jersey the fourth highest marginal income tax rate on individuals and the second highest corporate rate after Iowa.

New Jersey is pursuing class warfare, but the politicians don’t seem to realize that the geese with the golden eggs can fly away.

The two Democrats claim this will do no harm because about 0.04% of New Jersey taxpayers will get smacked. But those taxpayers account for 12.5% of state income-tax revenue and their investment income is highly mobile. The state treasurer said in 2016 that a mere 100 filers pay more than 5.5% of all state receipts. Billionaire David Tepper escaped from New Jersey for Florida in 2015, and other hedge fund managers could follow. Between 2012 and 2016 a net $11.9 billion of income left New Jersey, according to the IRS. The flight risk will increase with the new limit of $10,000 on deducting state and local taxes on federal tax returns. …About two-thirds of New Jersey’s $3.5 billion income outflow last year went to Florida, which doesn’t have an income tax. …The fair question is why any rational person or business that can move would stay in New Jersey.

That’s not merely a fair question, it’s a description of what’s already happening. And it’s going to accelerate – in New Jersey and other uncompetitive states – when additional soak-the-rich schemes are imposed (unless politicians figure out a way to put fences and guard towers at the border).

A few months ago, I conducted a poll on which state would be the first to suffer a fiscal collapse. For understandable reasons, Illinois was the easy “winner.” But I won’t be surprised if there are a bunch of new votes for New Jersey. Simply stated, the state is committing fiscal suicide.

What’s Happening with the Economy, Strong Growth or False Boom?