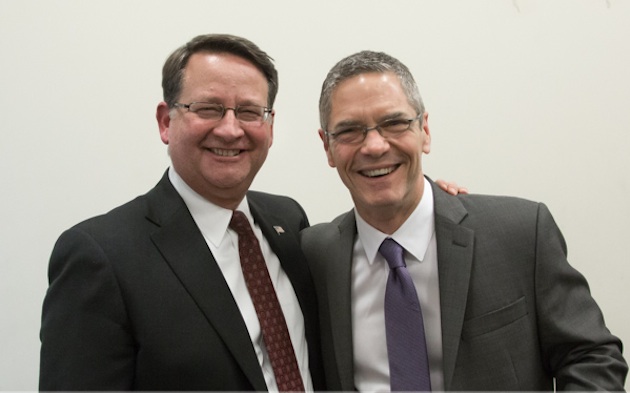 Because Republicans recruited a formidable candidate in Land, who has a proven track record for winning statewide races, Democrats will be forced to spend money in blue-leaning Michigan to defend the open Senate seat vacated by Carl Levin. On our 2014 Senate Map Predictions, the Michigan Senate race is currently rated a “Toss-Up,” a rating that was justified before the failed ObamaCare rollout. The Mitchell research poll found Land edging out Peters 44 – 38 percent, which is in line with polling conducted prior to Democratic pollster PPP releasing a poll showing Peters with a 5-point lead, skewing the average results.

In the Michigan governor race, the lead for Gov. Rick Snyder has been larger and even more consistent, with Mitchell showing the incumbent ahead 49 – 37, just under the 50 percent threshold for safety. The race is rated “Likely Republican” on our 2014 Governor Map Predictions, largely for the same reasons we find Land ahead.

When we examined polling prior to and after both the Detroit bankruptcy and the ObamaCare rollout disaster, as well as other factors, including Partisan Voting Index and trends in party identification, the statewide move to the right was clear. In fact, the entire Midwest, including neighboring Wisconsin and Ohio, has been shifting toward the Republican Party. Whether or not the trend is momentary, or a temporarily benefit for the 2014 midterm elections as 2010 was prior to 2012, remains to be seen.

But Democrats, no doubt, will be forced to spend time, money and other resources in the state of Michigan, something no pundit (save us) believed to be necessary just six months ago.