HomePollsOnly 18% Will Celebrate Earth Day 2014, As Global Warming ‘Skeptics’ More Than Doubled Since 2001

Only 18% Will Celebrate Earth Day 2014, As Global Warming ‘Skeptics’ More Than Doubled Since 2001 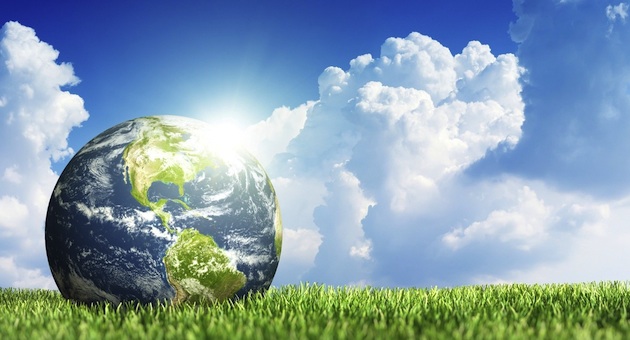 Only 18 percent plan to celebrate Earth Day 2014, while the number of global warming skeptics has more than doubled since 2001.

While most Americans still consider Earth Day important, a traditional that was established in 1970, fewer adults plan to recognize the day this year than in previous years.

We recently reported on a series of articles outlining the findings of the Gallup Environment poll conducted from March 6 – 9, which found that — even though Americans are well-aware of the unusually cold weather in 2014, just as they were aware of warmer weather in 2013 and 2012 — they do not attribute temperatures to climate change or global warming, or whichever term Democrats are using these days.

Now, a new survey from Gallup finds the trend line is moving away from the direction climate change believers would want to see, despite Americans being generally concerned about the environment. A whole 1 in 4 Americans — the “Cool Skeptics” — are not worried about global warming “much or at all,” a more than doubling of those dubbed “skeptics” or “flat-earthers” by the environmental lobby since 2001.

Further, the number of “Concerned Believers” has barely moved over the same period, and is now identical to the number first measured by Gallup in 2001. Despite efforts from the various climate change alarmists groups, such as the latest U.N. report conducted by the IPCC, which predicted apocalyptic scenarios, the movement isn’t gaining much traction.

“Over the same period of time, the ranks of Cool Skeptics have swelled, while the Mixed Middle — once the largest group — has declined modestly,” says Lydia Saad of Gallup.

These numbers should be alarming considering “skeptics” have not had the financial and educational resources to wage a PR campaign as the alarmist groups have had over the period. Only now have NGO organizations put together comprehensive rebuttals to the far better-funded intergovernmental organizations. A recent article by PeoplesPunditDaily.com compared the nongovernmental (NGO) and intergovernmental (IGO) climate change panel reports, which are at odds with one another regarding the existence and impact of climate change.

It would appear that “Concerned Believers” have a long way to go in the court of public opinion.

The Rasmussen survey of 1,000 Adults was conducted on April 20-21, 2014 by Rasmussen Reports. The margin of sampling error is +/- 3 percentage points with a 95% level of confidence.

Results for Gallup are based on telephone interviews conducted March 6-9, 2014, on with a random sample of 1,048 adults, aged 18 and older, living in all 50 U.S. states and the District of Columbia. The margin of sampling error is ±4 percentage points at the 95% confidence level.