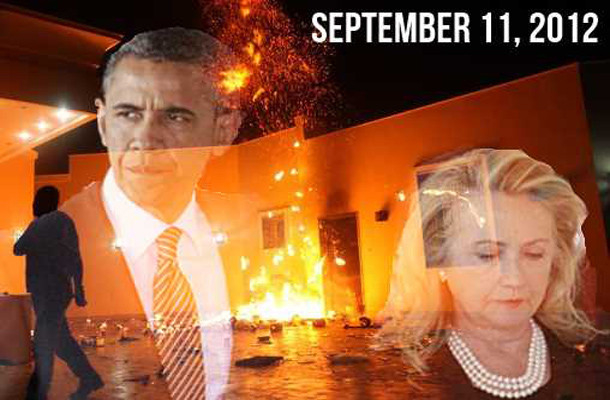 A majority of Americans believe President Obama and Hillary Clinton intentionally lied to the public about the Benghazi terror attacks on Sept. 11, 2012. However, while voters approve of the decision to establish a select committee by a whopping 67-28 percent margin, which includes a 55-percent majority of Democrats, Republicans have some challenges of their own to contend with.

The number of voters who say Republicans are investigating Benghazi for political gain is more than twice the number who say their intention is only to find the truth (63-30 percent). That includes 38 percent of Republicans who think their party is politicizing the Benghazi attack.

Still, by a 51-39 percent margin, voters say the White House knowingly lied about the attacks to help President Obama’s re-election campaign, including 25 percent of Democrats who say Obama has tried to deceive the American people on the issue and 23 percent who think the White House lied to help the campaign. While 54 percent of voters think the Obama administration has been “deceitful” about the events, 50 percent say the same was the case with former Sec. of State Hillary Clinton.

Both Obama and Clinton met with the victims’ families on the tarmac when airplanes brought the bodies of their murdered loved ones, including Ambassador Chris Stevens, but looked directly in their eyes and lied about what happened. The former Sec. of State promised the mother of Sean Smith, a State Department analyst who lost his life in the attack, and the Charles Woods, the father of Navy SEAL Tyrone Woods, that they would “arrest that guy who made the video.”

Of course, we now know what many suspected from the beginning, which is that the video and the man who made it were nothing but red herrings during a presidential campaign.

Overall, over a supermajority of voters — 78 percent — say they consider Benghazi a serious issue, including 52 percent who see the Obama administration’s handling of Benghazi as “very serious.” For comparison, 53 percent see government surveillance of everyday Americans as “very serious” and 44 percent feel that way about the IRS targeting of conservative groups.

The Fox News poll is based on landline and cell phone interviews with 1,025 randomly chosen registered voters nationwide and was conducted under the joint direction of Anderson Robbins Research (D) and Shaw & Company Research (R) from May 10, 12-13, 2014. The full poll has a margin of sampling error of plus or minus three percentage points.

Rand Paul Leads Hillary In Yet Another Pivotal Battleground State