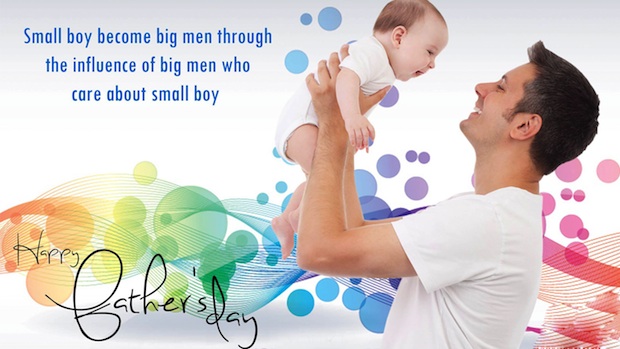 As fatherlessness grows in American, Father’s Day as a holiday ranks lower than ever in terms of importance to Americans.

However, 68 percent of American adults say the role of father is the most important role a man can play in their life. Unfortunately, the crisis of fatherlessness has grown considerably since the “Great Society” reforms incentivized families to have children out of wedlock. As the People’s Pundit identified in Our Virtuous Republic, “in 1964 a full 93 percent of children born in the United States were born to married parents.” Now, less than 59 percent of all children born in American boast the same.

Baris also notes that “marriage decreases the probability of child poverty by upwards of 82 percent. Sadly, the survey reflects the decreased significance society has placed on the role of father, which has had a dramatic impact on the nation’s societal well-being.

Dr. Helen Smith similarly argued American society has become anti-male. Men are sensing the backlash and are consciously and unconsciously going “on strike.” They are dropping out of college, leaving the workforce and avoiding marriage and fatherhood at alarming rates.