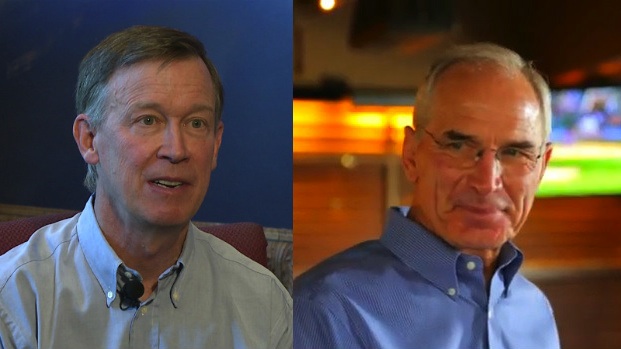 Incumbent Democratic Gov. John Hickenlooper and Republican Bob Beauprez are now neck-and-neck in the Colorado governor race, according to a series of recent polls. PPD is moving our rating from “Leans Democrat” to “Toss-Up” on our 2014 Governor’s Map Predictions model.

Though Hickenlooper leads Beauprez by 1 point on the PPD average, the latest poll conducted by Quinnipiac University finds the governor trailing his Republican opponent 44 – 43 percent, within the margin of error. When assessing both the PPD average and the race rating, PPD’s model weighs pollster results based on past performance, assigning a pollster a rating from 1 to 5 for accuracy. Quinnipiac University has a stellar 1.25 rating, coming within 2 points of the final result more than 70 percent of the time assessed.

Worth noting, the NBC News poll was conducted by Marist, who lost their stellar rating after badly calling the 2012 presidential election on numerous accounts. They are the only poll to find Hickenlooper leading by such a margin, and when you look at other races released along with the Colorado governor poll, you will find they are also an outlier in those other states.

Interestingly, Rasmussen Reports, a pollster on the other end of the spectrum with the likes of PPP, or Public Policy Polling, found similar results in a survey conducted in late June, just after Beauprez secured the Republican nomination.

“Is former U.S. Rep. Bob Beauprez enjoying a bounce after his Republican primary win or is he a real challenge to the Democratic incumbent?”, asked Tim Malloy, assistant director of the Quinnipiac University poll.

While we are certain to find out for sure in future polls, others have questioned whether the competitive of the race can be attributed to a bump, as well. It would be hard to argue that a bump has nothing to do with Hickenlooper’s drop, but a closer look inside the data from Quinnipiac’s past polls offers a more convincing assessment.

In past polls, even those that found the governor leading his potential challengers, Colorado voters said — by varying margins — that he did not deserve reelection. While the numbers have gone back and forth, there is a very real dissatisfaction with the governor from a not-so insignificant number of Colorado voters.

Quinnipiac pointed out that voters are happy with the economy and the direction of the state, yet they curiously do not think the governor should be reelected.

“Coloradans seem generally optimistic about the future and confidant in the state’s economy. But that is certainly not enough to open the way for a smooth ride to reelection for Gov. John Hickenlooper,” Malloy noted.

The governor’s term hasn’t been without controversy, including the historic recall of the Colorado Senate President and another Democrat, who backed stricter guns laws in this year’s legislative session. One more Democrat still resigned to save themselves from embarrassment. Also, there was the little matter of staying an execution that the vast majority of voters supported, and the governor’s continued refusal to state whether he is truly pro-death penalty or not. That’s understandable because, he’s not and the voters are.

Couple state-specific controversy with the fact the election cycle is looking increasingly cherry for Republicans, and the race is a “Toss-Up,” just as the Colorado Senate race has become since Cory Gardner entered the race.