HomePollsGallup: Majority of Blacks Not Confident in Police

Gallup: Majority of Blacks Not Confident in Police 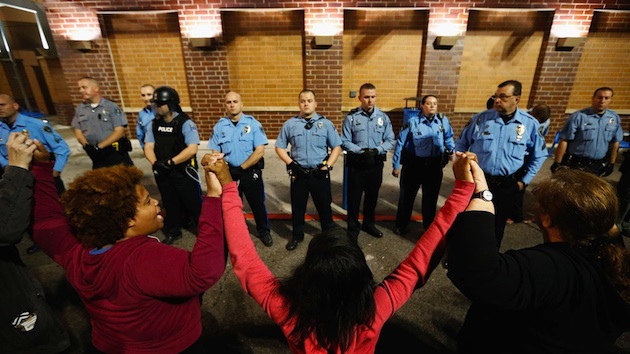 As previously examined by PPD, a large majority of Americans overwhelmingly say that their local police are their protectors and give a high favorability rating in appreciation of the job they do on a daily basis. Most also believe deaths that involve policemen are usually the fault of the suspect, not the cop.

Gallup Editor-in-Chief Frank Newport discusses the trend-line that has now led to a majority of blacks not having confidence in the police, a concerning data set that tell us a great deal about grievance.

“About one-third of blacks have a great deal or quite a lot of confidence in the police,” says Newport, far less than the national average. But the data sets aren’t that black and white.

Subscribe to PPD Unlimited to view cross-tabs, gain unlimited access to detailed information on all public opinion polls,  and much, much more!

Do you think law enforcement treatment of minorities is fair or equal? Vote Now On eVoiceAmerica!

Al Sharpton Protest: 'What Do We Want, Dead Cops!'