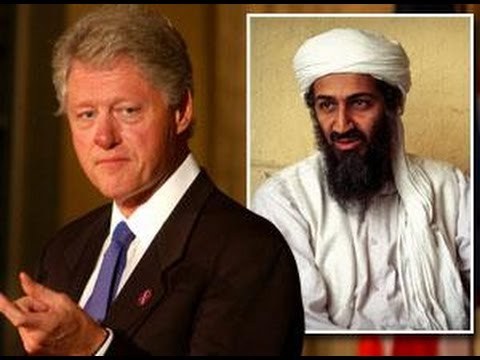 The former president can be heard admitting this in a speech to 30 Australian business leaders in Melbourne, including Michael Kroger, the former head of the Liberal Party on Sept. 10, 2001. The speech was recorded with the former president’s permission, but have never been made public until now. A businessman who had access to the nearly 13-year-old recording passed it off to Sky News Australia, which broadcast it during “Paul Murray Live” on Monday.

“I’m just saying, you know, if I were Usama bin Laden — he’s a very smart guy, I’ve spent a lot of time thinking about him — and I nearly got him once,” Clinton said on the recording.

“I nearly got him. And I could have killed him, but I would have to destroy a little town called Kandahar in Afghanistan and kill 300 innocent women and children, and then I would have been no better than him.”

It had long been a common criticism that President Clinton had several opportunities to either detain or kill bin Laden, but unless he was acting to distract Americans away from his own scandals, had little stomach for being a commander-in-chief. But then the final report of the National Commission on Terrorist Attacks Upon the United States, better known as the 9/11 Report, released findings that showed the administration didn’t take Al Qaeda threats seriously and, in fact, even refused the opportunity to have bin Laden extradited to the U.S. on terrorism charges.

The 9/11 panel would go on to conclude that there were multiple missed opportunities to go after bin Laden and Al Qaeda, including a point in which the Central Intelligence Agency had tracked bin Laden to a hunting camp in Afghanistan in 1999. The Clinton administration again failed to pull the trigger, citing fears he might kill or injure officials from the United Arab Emirates, who were present at the time on a hunting trip.

Paul's Statement Increases Pressure On CIA Chief To Step Down