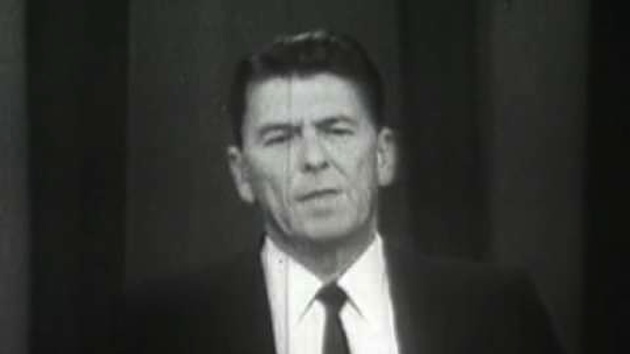 Barry Goldwater would go on to lose the 1964 president election to incumbent Democratic President Lyndon B. Johnson, but Ronald Reagan’s “A Time For Choosing Speech” preceded a conservative revolution. President Reagan became the embodiment of — and the catalyst to — a nation’s desire to reclaim their own destiny from a centralized

Reagan was first a New Deal Democrat and even campaigned for several Democratic candidates, including President Harry S. Truman. He also served on the board of the Screen Actors Guild before becoming the group’s president. However, in the 1950s, the former Cold War liberal began his transformation into a conservative icon.

“I didn’t leave the Democratic Party,” Reagan once said. “The party left me.”

The now-famous “rendezvous with destiny” almost never happened. Goldwater got cold feet as the time for the speech approached. He grew more and more nervous that an unscripted actor (the speech was nearly off-the-cuff) and newly adopted Republican would make a monumental gaffe.

For those who may say President Reagan is headed for irrelevance, consider this. President Reagan, the Republican standard-bearer, runs far ahead of other past presidents on the question of who Americans view to be the best modern American president. In just one year, on the 50-year anniversary of the assassination of John Kennedy, Gallup found another president on top (Kennedy).