HomeEditorialsMike Pence Not Only Outdebated Tim Kaine, He Outclassed Him

Mike Pence Not Only Outdebated Tim Kaine, He Outclassed Him 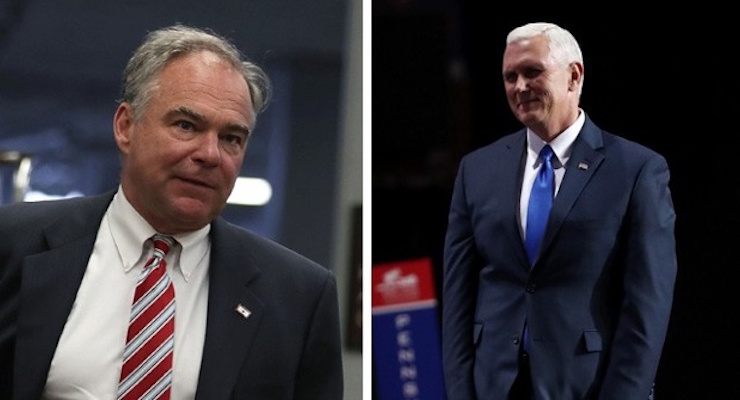 Perhaps he was over practiced to the point he frustrated himself when his one-liners didn’t land, but he displayed a rudeness–and at times a flat-out temper–to millions of viewers and we hope the nation took notice.

We expect they did, which will do his running-mate no favors.

At perhaps the lowest point, he made a failed attempt to invoke former Republican President Ronald Reagan on nuclear proliferation. Rather than discuss the work and theories President Reagan put forward, he instead cited his concerns that a “mad man” might get their hands on nuclear weapons. After an incoherent rant, Sen. Kaine said he believes Mr. Trump is that man.

“Senator, that’s even beneath you and Hillary Clinton,” Gov. Pence said. “And that’s pretty low.”

The response by Gov. Pence was typical of the reverse demeanor he projected throughout the night, despite being interrupted by his rival 39 times (updated from previous count). He came across as real, relatable and downright decent, a complete 180 of the character the Left has attempted to project on him.

We certainly cannot say the same for Sen. Kaine, who repeatedly skirted issues and attempted to drag the debate down into the gutter with one-liners and combinations of one-liners that were obviously rehearsed, but poorly delivered. With combinations of talking points, he targeted all his needed voting blocs rather than make an attempt embrace the nation as a whole.

Win or lose, we all agree that Gov. Pence should hold his head high and be proud of his performance and so should voters in the Hoosier State. He not only elevated the debate Tuesday night, but hopefully steered what has been an otherwise disparaging campaign in the right direction, the direction voters deserve.

The same cannot be said of Sen. Kaine, who frankly should be ashamed of himself.

That said, if the man at the top of the ticket displayed himself in the same manner, this race wouldn’t even be close.