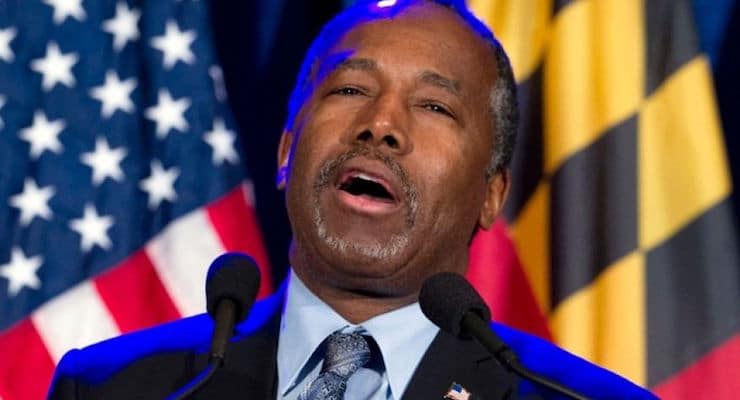 Dr. Ben Carson, a retired children’s neurosurgeon, officially suspended his campaign for president during a speech at the Conservative Political Action Conference (CPAC). The announcement comes just days after declaring there was “no political path forward” for his campaign.

“I am leaving the campaign trail,” Dr. Carson said.  “in saving our nation.”

The announcement was widely expected, though rumors were circulating that he might be gearing up to endorse frontrunner and fellow-outsider Donald Trump. On Wednesday Carson sent a clear message to supporters.

“I do not see a political path forward in light of last evening’s Super Tuesday primary results,” said Carson, who did not attend the Republican debate hosted on Thursday by Fox News in Detroit. He had called on his fellow rivals to meet in private to discuss how to prevent the media from turning the debate into a cage match, but they refused.

Dr. Carson, a soft-spoken outsider in the race, enjoyed a surge in the polls after the first and second Republican debates. The quintessential opposite to Trump was running neck-and-neck for a short period of time before his numbers plunged. In the end, Carson had not won a single contest, though his supporters and campaign would make the case he was cheated out of momentum by Texas Sen. Ted Cruz, who blunted his vote in the Iowa Republican caucus using various dirty tricks.

Through email, phone calls and social media the campaign told operatives and captains to falsely tell caucus-goers Dr. Ben Carson had suspended his campaign. The Cruz campaign previously identified these supporters as voters highly likely to back the senator as their second choice, thus told them not to wait their vote. The campaign first denied and evolved their defense, but Sen. Cruz apologized and fired his first communication manager over subsequent dirty tricks.

But the campaign was riddled with mishaps and mistakes, even resulting in a shakeup that replaced the central figures that were with him from the outset of the race. Nevertheless, Carson came in a solid last place in the delegate count after the results were tallied on Super Tuesday.

While his campaign suffered from a high burn rate, which was part of the reason he reshuffled his campaign before Iowa, Carson was a strong grassroots fundraiser. As of January 31, 2016, Ben Carson raised a total of $67.9M across all affiliated campaign committees. Carson raised the sixth most of all 2016 presidential candidates and 3.5 times more than the average ($19.3M). Carson’s official committee raised more than any other affiliated committee.

Dr. Carson rose to the national scene and into the spotlight in 2013 when at the National Prayer Breakfast he ripped into ObamaCare standing just a few short feet from President Obama. It was a extraordinary moment and, inspired by his courage, millions of Americans urged Carson to get into the race. In fact, a young man volunteering for his campaign ended up giving his life for it when his vehicle lost control on a patch of ice in Iowa and crashed.

Rivals Vow to Back Trump in Rowdy, Irrelevant Republican Debate in Detroit