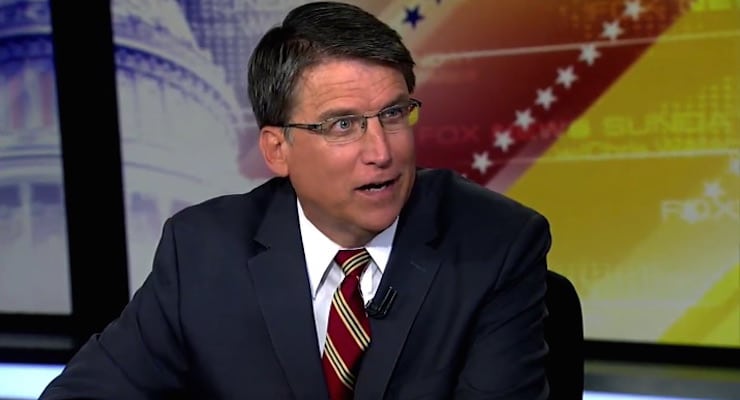 DEVELOPING: Incumbent Republican Gov. Pat McCrory on Monday conceded the gubernatorial election to Democrat Roy Cooper, the state’s attorney general. Gov. McCrory, who was targeted the Democratic Party over his position on a controversial transgender bathroom bill, said he will support transition efforts.

In a video message posted Monday afternoon as a recount he requested in Durham County entered its final hours, he said he believes “the majority of our citizens have spoken.” While Durham officials planned to finish the recount later Monday, the early tally shows little change in the result.

“ I personally believe that the majority of our citizens have spoken, and we now should do everything we can to support the 75th governor of North Carolina, Roy Cooper,” Gov. McCrory said in the video. “The McCrory administration team will assist in every way to help the new administration make a smooth transition.

“It’s time to celebrate our democratic process and respect what I see to be the ultimate outcome of the closest North Carolina governor’s race in modern history.”

Cooper led by 10,263 votes in nearly final election results posted on the State Board of Elections website Monday afternoon, making Gov. McCrory the state’s first governor to lose a re-election bid. His defeat followed the nation’s second most expensive gubernatorial race and North Carolina’s most expensive ever.

The state board will meet later this week to certify the election results. However, yet one more race is likely to head to a statewide recount.

Incumbent Democratic State Auditor Beth Wood has a small 5,976 vote lead over Republican challenger Chuck Stuber in the latest results, which is within the 10,000 vote margin required for a recount. Mr. Stuber has said he’ll request a recount even though there will be no statewide recount in the governor’s race.

Biden 2020? Vice President Says 'I'm Not Committing Not to Run'