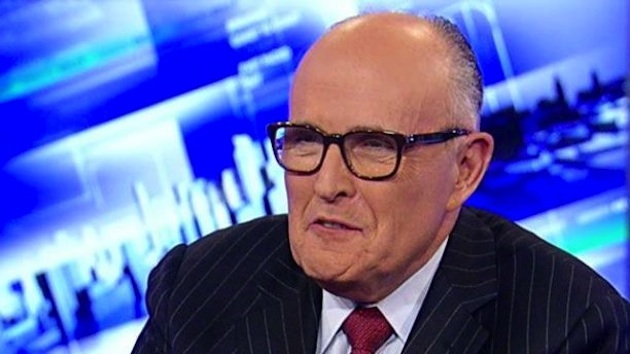 Former New York City Mayor Rudolph Giuliani doubled-down on his controversial criticism of President Obama, one day after saying he does “not believe that the president loves America.”

Giuliani made the comments Wednesday at a private fundraiser for Republican Wisconsin Gov. Scott Walker, a likely Republican candidate for president in 2016.

The comments drew widespread criticism from Democrats and liberals, with their liberal media allies at Politico and other outlets carrying the water.

On Thursday night during an appearance on “The Kelly File,” host Megyn Kelly asked Giuliani if he wished to apologize, or reframe his comments.

“Not at all. I want to repeat it,” Giuliani said. “The reality is, from all that I can see of this president, all that I’ve heard of him, he apologizes for America, he criticizes America. … This is an American president I’ve never seen before.”

Giuliani said — unlike other presidents both Republican and Democrat — Obama does not believe in American exceptionalism, or that the nation has been a historical force for good in the world. He cited the president’s remarks on police tactics in the wake of the Ferguson shooting, western atrocities in the name of religion and Obama’s longtime association with the Rev. Jeremiah Wright, a hate-filled Chicago pastor the president listened to preach for 17 years.

“A lot of liberals don’t believe in American exceptionalism,” Kelly interjected. “but that doesn’t mean they don’t love America.”

“I don’t feel it,” Giuliani said. “I don’t feel this love of America (from Obama). I believe his initial approach is to criticize this country, and then afterwards to say a few nice things about it.”

Giuliani, however, said he wasn’t questioning the president’s patriotism.