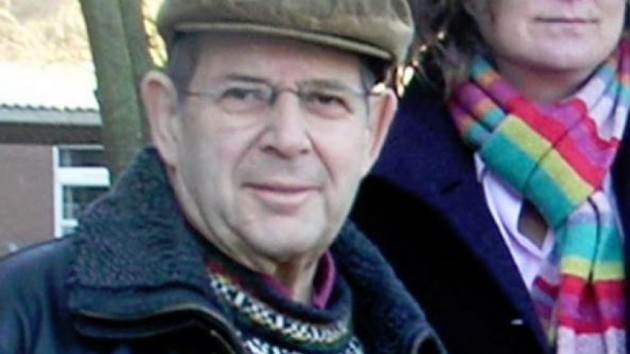 The family of an American hostage held by al Qaeda responded to the tragic confirmation he and an Italian hostage were accidentally killed in a U.S. drone strike earlier this year. American development expert Dr. Warren Weinstein, who was abducted more than three and a half years ago in Pakistan, and Italian national Giovanni Lo Porto were killed in a counterterrorism operation earlier this year, the White House confirm Thursday in a stunning and tragic admission.

Dr. Weinstein, while working as an economic development advisor, was captured from his home in Lahore, Pakistan on August 13, 2011, and was held hostage for more than three and a half years. Speaking from the White House Thursday, President Obama expressed “grief and condolences” for the deaths of the hostages and said he has order a review and declassification of the mission.

“As president and commander-in-chief, I take full responsibility for all our counterterrorism operations — including the one that inadvertently took the lives of Warren and Giovanni,” Obama said said. “I profoundly regret what happened. On behalf of the United States government offer our deepest apologies to the families.”

The White House revealed that two Americans working with Al Qaeda were killed, as well. Ahmed Farouq, an American Al Qaeda leader, was killed in the same operation in which the hostages died. However, a White House spokesperson told PPD Farouq and Gadahn were not targeted in the operations, and the U.S. did not have specific information indicating their presence at the sites.

American-born Al Qaeda spokesman Adam Gadahn was killed in January in a separate incident, according to White House officials.

On behalf of myself, our two daughters, our son-in-law, and two grandchildren, we are devastated by this news and the knowledge that my husband will never safely return home. We were so hopeful that those in the U.S. and Pakistani governments with the power to take action and secure his release would have done everything possible to do so and there are no words to do justice to the disappointment and heartbreak we are going through. We do not yet fully understand all of the facts surrounding Warren’s death but we do understand that the U.S. government will be conducting an independent investigation of the circumstances. We look forward to the results of that investigation. But those who took Warren captive over three years ago bear ultimate responsibility. I can assure you that he would still be alive and well if they had allowed him to return home after his time abroad working to help the people of Pakistan.

The cowardly actions of those who took Warren captive and ultimately to the place and time of his death are not in keeping with Islam and they will have to face their God to answer for their actions.

Warren spent his entire life working to benefit people across the globe and loved the work that he did to make people’s lives better. In Pakistan, where he was working before he was abducted, he loved and respected the Pakistani people and their culture. He learned to speak Urdu and did everything he could to show his utmost and profound respect for the region.

We cannot even begin to express the pain our family is going through and we ask for the respect of our privacy as we go through this devastating ordeal.

I want to thank Congressman John Delaney, Senator Barbara Mikulski, and Senator Ben Cardin – as well as specific officials from the Federal Bureau of Investigation – for their relentless efforts to free my husband.” Mrs. Weinstein added, “Unfortunately, the assistance we received from other elements of the U.S. Government was inconsistent and disappointing over the course of three and a half years. We hope that my husband’s death and the others who have faced similar tragedies in recent months will finally prompt the U.S. Government to take its responsibilities seriously and establish a coordinated and consistent approach to supporting hostages and their families.

I am disappointed in the government and military in Pakistan. Warren’s safe return should have been a priority for them based on his contributions to their country, but they failed to take action earlier in his captivity when opportunity presented itself, instead treating Warren’s captivity as more of an annoyance than a priority. I hope the nature of our future relationship with Pakistan is reflective of how they prioritize situations such as these.