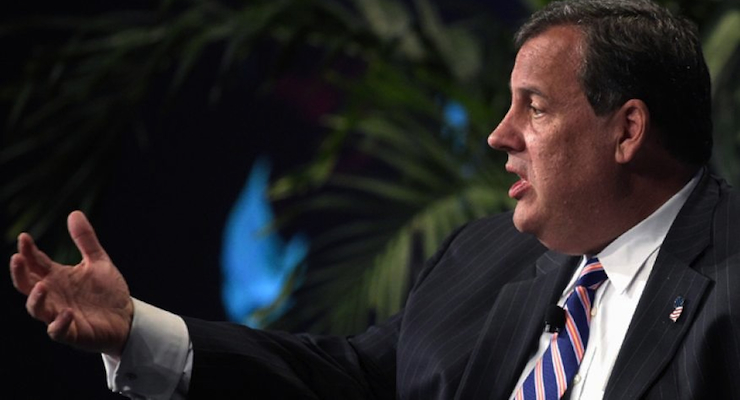 New Jersey Gov. Chris Christie scored a major victory in his fight against public unions and for pension reform and budget solvency in the Garden State. The state’s highest court ruled in favor of preserving cuts aimed to stave off an inevitable budget crisis, giving the governor a much-needed political win ahead of his decision whether to jump into the Republican presidential primary.

In a 5-2 ruling, the state Supreme Court rejected the union argument that stated there was an enforceable contract to ensure full payments to workers, which overturned a lower-court judge’s ruling ordering the governor and the Democrat-controlled state legislature to work out a way to increase pension contributions for the current fiscal year, which ends June 30.

The state has faced nine credit downgrades throughout the governor’s tenure from credit rating agencies, who repeatedly cited the unsustainable financial burden of public pensions. However, the once-dominate frontrunner and head of the Republican Governors Association (RGA) was unable to reign in union power after BridgeGate, which cost him enormous political capital. Of course, that was the intention of those conducting the witch hunt, despite federal, independent and partisan-run investigations finding no evidence to link Christie to the bridge closing controversy. As as result, he had been in a state of executive paralysis regarding the debt crisis.

“That the State must get its financial house in order is plain,” Justice Jaynee LaVecchia wrote in the majority opinion. “The need is compelling in respect of the State’s ability to honor its compensation commitment to retired employees. But this Court cannot resolve that need in place of the political branches. They will have to deal with one another to forge a solution to the tenuous financial status of New Jersey’s pension funding in a way that comports with the strictures of our Constitution.”

The powerful teachers’ union and other public employee unions fought Gov. Christie tooth-and-nail on pension reform, and now not only are the budget busting unions paying the price but the state’s taxpayers, as well. A recent report from Moody’s Investors Service had a dire warning for two of New Jersey’s largest public employee pensions — they will run out of money and exhaust their underlying assets within ten years.

She pointed out that the state is obligated to pay individual retirees their pensions, which may be the focus of the political attacks on reform, but that’s not yet the cruz of the pension crisis. Unions argee the funds could start going insolvent within the next decade, but refuse to stop adding generous promises to the pension payroll in the future.

“This decision is an important victory not only for our taxpayers who simply cannot afford these unsustainably high costs, but for limited, constitutional government that recognizes the proper role of the executive and legislative branches of government,” Christie said in a statement.

Benefits paid to teachers and public sector retirees in 2013 from TPAF and PERS assets totaled a whopping $4.9 billion, which represents roughly 16 percent of the state’s entire operating revenues. But the rate of benefit growth is simply unsustainable, as the state’s contribution to those plans last year was just $878 million.

Prior to the BridgeGate controversy, Gov. Christie signed a 2011 deal on pensions for public workers, which required employees to pay more and the government to agree to make up for years of skipped or reduced contributions.

But, in order for the state to escalate those payments over seven years, they had to suspend the cost-of-living increases for retirees and raise the retirement age for current workers. Still, because of the state’s high-tax economic environment and wet blanket of debt, lacking economic growth resulting in state tax revenue last year unexpectedly missing projections, further quickening the state’s march toward a budget crisis.

Christie solved it by reducing the planned contributions by more than $2.5 billion over the fiscal 2014 and 2015 budgets, if which nearly $1.6 billion was front-loaded for the current fiscal year. His budget proposal for the fiscal year 2016, which starts July 1, will request a record $1.3 billion contribution and, despite the amount being less than half the $3.1 billion called for in the 2011 deal, Democrats have vowed to oppose it.

“It’s of course extremely disappointing that the Supreme Court didn’t decide the law was exactly what the law said. It’s just one obstacle,” said Hetty Rosenberg, president of Communication Workers of America in New Jersey. “We will win, there is no way we will ever, ever give up this fight.”

The governor’s office said Christie has a new plan to reduce health benefit costs and use the savings to reform the state’s pension funds over the long term. According to the plan, workers would also have their defined benefit plans frozen and replaced with 401(k)-style plans.