HomeNewsPoliticsPaul Ryan Elected Speaker of the House with 236 Votes 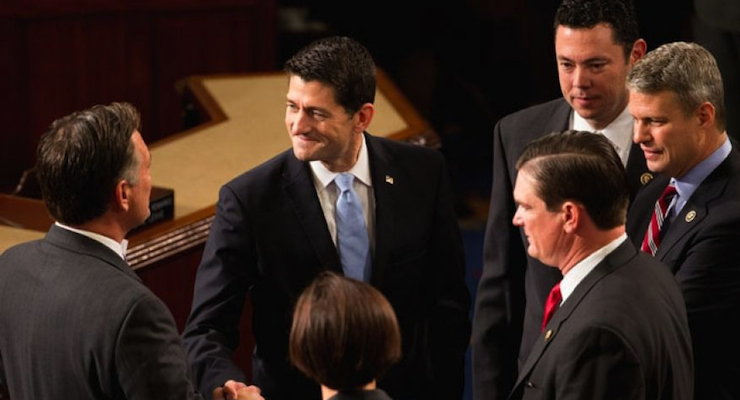 Rep. Paul Ryan, R-Wis., was elected the next speaker of the House in a vote on Thursday morning following outgoing speaker John Boehner’s farewell address. Ryan earned 236 votes, putting him far ahead of the 218 needed in the first call.

Ryan, 45, has been in the House of Representatives for 17 years, serving as the chairman of the House Budget Committee and chairman of the Ways and Means Committee, the latter of which he called his dream job. His focus has been on deficit reduction via the Ryan Budget, as well as tax, health and entitlement reform. While his positions on trade have hurt him among the party, he has also been a champion on poverty in American inner cities.

The Wisconsin lawmaker, who was also the 2012 GOP vice presidential nominee, reluctantly accepted the speaker’s gavel after Boehner, a 25-year House veteran, shocked the Beltway by announcing his resignation. Equally surprising, Majority Leader Kevin McCarthy, R-Calif., withdrew from the race to replace Boehner.

Boehner used the last of his power to “clean the barn,” as he put it, of controversial bills and fights that undoubtedly would’ve given Ryan’s speakership a rocky start. The House approved a two-year budget deal with the White House Wednesday by a 266-167 vote, though final passage in the Senate will meet some challenge by conservatives, including Kentucky Sen. Rand Paul, R-Kty., who intends to filibuster the bill Thursday.

Ryan, who supported the bill, will become the youngest speaker of the House of Representatives in roughly 130 years. At least one member of the House Freedom Caucus said the conservative lawmakers will have the new speaker’s “back” in the coming months.

“We’re going to have his back for the next few months and make sure that we give him the opportunity to show that he can be the leader that we hope he can be,” said Rep. Raul Labrador, R-Idaho. Conservatives criticized Boehner and other GOP leaders for shutting down debate and punishing members who didn’t go along with the will of the establishment. Labrador said the House Freedom Caucus doesn’t expect Ryan to conduct the people’s business in the same draconian manner.