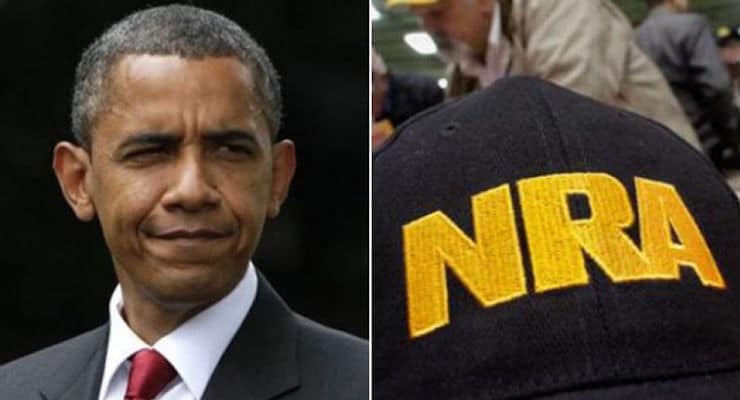 Chris Cox, spokesman for the National Rifle Association, appeared on “The Kelly File” to respond to the president’s criticism of the gun rights advocacy group at an event hosted by CNN Thursday night. While the president and the network called the forum a “town hall,” it was in fact held in Washington D.C.

He said that while Obama was billing his executive order on gun control as a measure to keep Americans safe, not only is that not “intellectually” honest but it’s a distraction from the fact his policies failed to keep the American people safe.

“This is an attempt to distract the American people away from his failed policies,” Cox said. “So, did we participate? We didn’t. We were offered one pre-screened question. Megyn I know that you don’t send your questions over to the White House so I’d rather have a discussion with you that’s intellectually honest than sit and get an opportunity to ask one pre-screened question.”

Cox said that it would be pointless to meet with the president–“who doesn’t have a basic understanding of or respect the Second Amendment”–because he doesn’t support the individual right to bear arms. President Obama also asserted that the NRA profits off of gun deaths because each time mass shootings occur gun sales spike in anticipation of gun control pushes from the left.

“This president has lost all credibility,” he added.

Unsurprisingly, to add to the Orwellian alliance between the leftwing news outlet and the president, CNN released a poll tonight that found Americans “generally agree” with the president’s action. Of course, as PPD has repeated explained over-and-over, support for the NRA has held firm and support for the Second Amendment has steadily risen in spite of the incessant attacks by the advocates of the latter’s repeal.

“Democratic presidential candidate Hillary Clinton has blamed the NRA for stifling the movement toward gun control. More broadly, some commentators in the news media and on social media have criticized the NRA for its theory that ‘a good guy with a gun’ may stop ‘a bad guy with a gun’ in mass shootings,” noted Art Swift at Gallup. “Yet in a Gallup poll from Oct. 7-11, a solid majority of Americans (58%) say they have an overall favorable impression of the NRA. This includes the highest recording of ‘very favorable’ opinions (26%) since Gallup began asking this question in 1989.”

Indeed, as we showed following the shooting of two journalists on television in Virginia, support for gun control when polled honestly isn’t at all impacted by mass shootings or the pile on that is sure to follow. While the NRA’s image has held firm, on the flip side, according to the PPD aggregate average just 42% currently say the same of Obama.

Further, The New York Times just released polling data showing that a majority of Americans are even against banning so-called assault weapons. Look at the bottom line and see how the numbers have dramatically moved in the right direction.

These results are especially remarkable because many non-gun owners probably think “assault weapon” refers to a machine gun. Meanwhile, conservative radio host Hugh Hewitt, a contributor to CNN, said that he did not appreciate the president’s tone.

“It is not a conspiracy to be concerned about where he’s going,” Hewitt said, calling the remarks that “denigrate” Americans “deeply disappointing.”