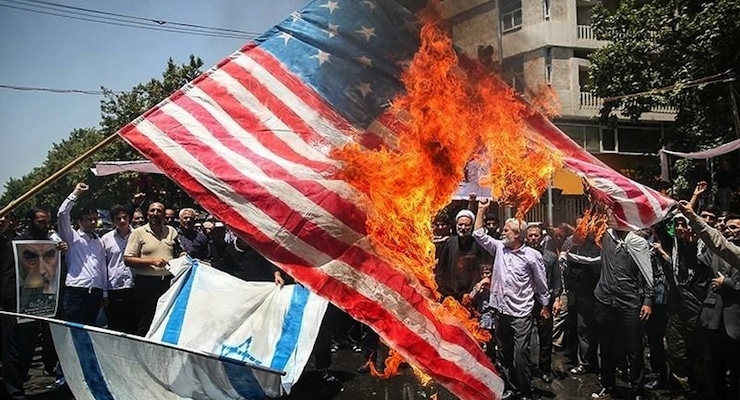 Ben Rhodes, President Barack Obama’s Deputy National Security Adviser for Strategic Communications, is highlighted in a recent piece by the New York Times. The article quotes Rhodes as admitting the Obama administration lied to the American people, Congress, and our allies in how they “spun” the Iran nuclear deal.

The revelations are simply astonishing but not surprising. It seems the goal behind the Iran deal was to extricate the United States from long-standing alliances in the Middle East, including Israel. This was done to be able to close the Iran nuclear agreement.

The Soviet Union would have been proud. This disclosure shows that anything the Obama administration puts out is nothing short of sheer propaganda and cannot be trusted; but, we knew that already didn’t we.

The reaction to the NYT piece by David Samuels has been swift and fierce. Hudson Institute adjunct fellow Michael Pregent opined: “Dude thinks he’s on ‘House of Cards’ – Rhodes lied to sell Iran Deal and is proud of it.”

“In the spring of last year, legions of arms-control experts began popping up at think tanks and on social media, and then became key sources for hundreds of often-clueless reporters,” Samuels wrote. “We created an echo chamber,” he quoted Rhodes as admitting. “They were saying things that validated what we had given them to say.” “The average reporter we talk to is 27 years old, and their only reporting experience consists of being around political campaigns,” Rhodes was quoted as telling him. “They literally know nothing.”

According to the article the administration put out a deliberately misleading narrative about the way the nuclear negotiations came about, linking them to the rise in 2013 of the “moderate” President Hasan Rouhani at the expense of “hardliners,” ushering in a supposedly new political reality in Iran, reports CNS News. Obama was known by insiders to have wanted to make a deal with Iran from the beginning of his presidency in 2009, but the idea that the rise of “moderates” provided the opportunity was “largely manufactured for the purpose for selling the deal,” Samuels wrote.

“By obtaining broad public currency for the thought that there was a significant split in the regime, and that the administration was reaching out to moderate-minded Iranians who wanted peaceful relations with their neighbors and with America, Obama was able to evade what might have otherwise been a divisive but clarifying debate over the actual policy choices that his administration was making,” he wrote.

Now the next president and our children will have to deal with a world where Iran obtains nuclear weapons along with the capability to deliver them as they continue to test intercontinental ballistic missiles. America’s allies in the Middle East no longer trust us. Heck, after reading these reports, how could any of our allies trust us? Obama has done immeasurable damage to the national security of the United States and our allies around the world. But again, we knew that already; we just didn’t know how bad it was yet.

Trump in Spokane: "Jeb Bush and Lindsey Graham are Lightweights"