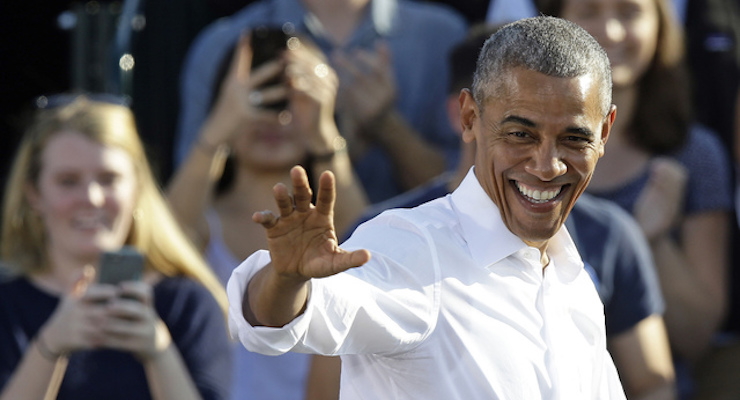 Two American trainers were killed and a third was wounded during an exchange of gunfire outside al-Jafr air base in southern Jordan, the country’s military says. The U.S. Embassy in Amman confirmed it received reports about a security incident involving U.S. personnel.

Officials say that they were in touch with Jordanian authorities, but it was not immediately clear what started the gunfight. But the Islamic State (ISIS) controls large swathes of territory in neighboring Iraq and Syria. The U.S. has given millions of dollars in foreign aid to their ally to help the kingdom fortify its borders and any sign of instability should cause alarm.

The White House has refused to comment, thus far.

Meanwhile, in what has been a new first for any sitting president, Mr. Obama attempted to directly tie Mr. Trump to the Ku Klux Klan in an effort to scare black voters to the polls.

As People’s Pundit Daily reported two months ago, the White House cleared the president’s schedule during the month of October to campaign for Mrs. Clinton. The White House has now ramped up these efforts as Mrs. Clinton falls in the polls and lags behind the president’s support among black voters. Amid revelations she is under heavy FBI criminal scrutiny, Mr. Obama is now set to campaign for Mrs. Clinton in battleground states right up until Election Day.

“Why is he out campaigning every day?” Mr. Trump asked the crowd at a rally in Michigan. “Why doesn’t he go do his job, bringing our jobs back from overseas? Why isn’t he keeping us safe from radical Islam?”

'No Documents Needed': Immigrants Pour Across U.S.-Mexican Border Before Election