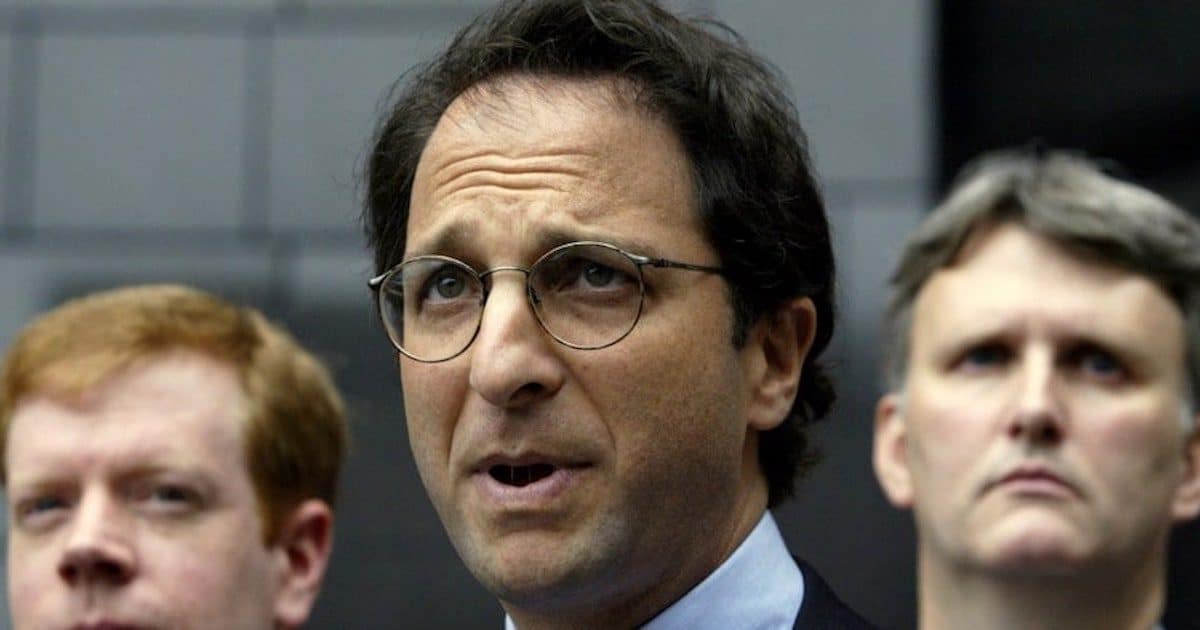 Andrew Weissmann, the controversial prosecutor dubbed Robert Mueller’s “Pit Bull,” is leaving the special counsel investigation. His departure is the strongest indication to date that the so-called Russia probe is coming to a close.

The departure also comes as newly-released, damning testimony casts doubt on the genesis of the Russia probe.

As PPD previously reported, Mr. Weissmann has built a reputation as a politically-motivated prosecutor, who knows how to play the media even as he commits serious ethics violations.

For example, citing “sources familiar” with the development, PBS News just reported he “will study and teach at New York University and work on a variety of public service projects, including his longstanding interest in preventing wrongful convictions by shoring up forensic science standards used in courts.”

They correctly reported Mr. Weissmann was the architect in the case against former Trump campaign chairman Paul Manafort, who was just sentenced to a total of 81 months in federal prison.

Ethics complaints against Mr. Weissmann were brought before the First Judicial Department Disciplinary Committee in New York after the Justice Department (DOJ) said he and then-Chief White House Counsel Kathryn Ruemmler “plainly suppressed” evidence favorable to the defense when he was a federal prosecutor leading the Enron Task Force.

While the Fifth Circuit ruled that the more than 6,000-plus pages of evidence withheld from former Merrill Lynch manager James A. Brown’s attorneys would not have helped his case at trial, it was not the end of the story.

Sidney Powell, who served as lead counsel in more than 500 federal appeals, filed an ethics complaint against Mr. Weissmann along with William Hodes, one of the bar’s leading ethics experts. It alleged he not only hid evidence but also called “cooperating witnesses” who gave what he knew to be false testimony.

“During his years on the Enron Task Force, Prosecutor Weissmann was widely known for intimidating witnesses, hiding evidence, and unethical and heavy-handed, if not illegal, tactics,” Ms. Powell stated.

Fortunately for him, the New York Bar decided to secretly kick it over to the Office of Professional Responsibility at DOJ. The Justice Department was supposed to be making the case against him, but ended up on both sides of the complaint.

The 5th Circuit Court of Appeals reversed the majority of convictions in the case against Merrill employees, and he was pushed out.

“Weissmann quietly resigned from the Enron Task Force just as the judge in the Enron Broadband prosecution began excoriating Weissmann’s team and the press began catching on to Weissmann’s modus operandi,” Powell noted.

But on the night of January 30, Mr. Weissmann wrote to Ms. Yates under the subject line, “I am so proud.”

“And in awe,” he added in the body of the email. “Thank you so much. All my deepest respects.”

He was chosen by Mr. Mueller even though it was revealed he donated at least $4,300 to Democratic candidates, including Mr. Obama and Mrs. Clinton. He attended the latter’s election night party.

Robert Mueller Finds No Proof of Collusion, "Despite Multiple Offers"