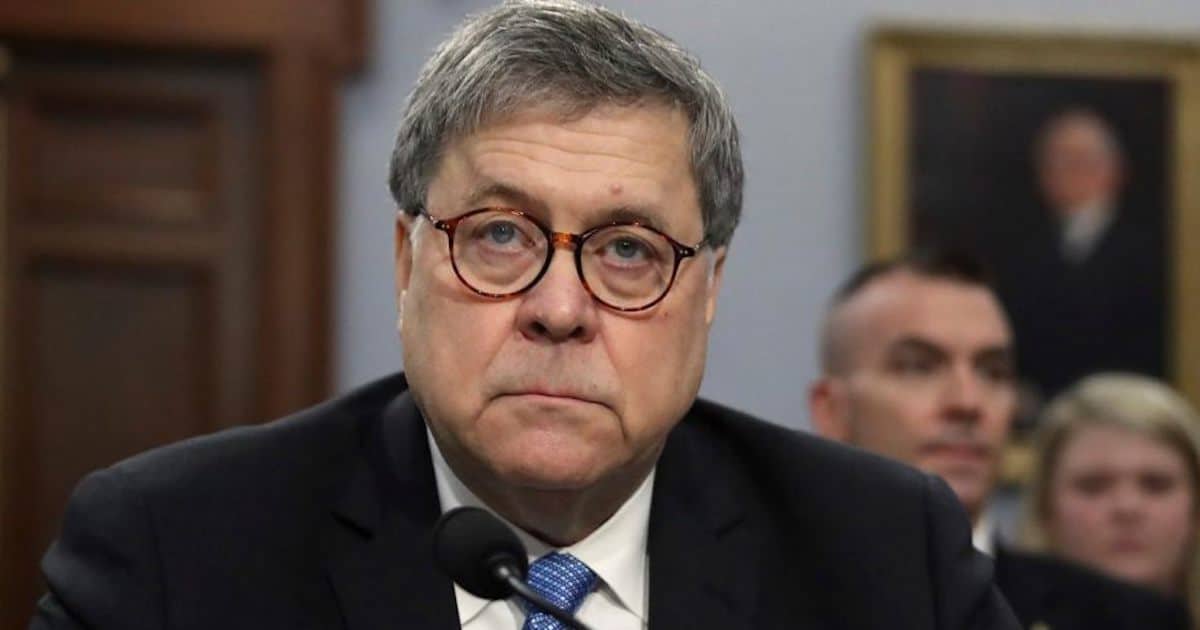 House Judiciary Committee Democrats voted Wednesday to hold Attorney General William Barr in contempt for not violating the law by releasing the full unredacted version of the Mueller report. The committee vote is a recommendation to the full U.S. House of Representatives.

The 24 to 16 vote was along party lines, with not a single Republican voting in favor. If the full U.S. House passes the resolution, it would make William Barr only the second Attorney General after Eric Holder to be held in Contempt of Congress.

Mr. Holder was held in Contempt of Congress for withholding documents surrounding the gun-running scandal known as Fast and Furious, which U.S. District Judge Amy Berman Jackson ordered to be handed over.

Judiciary Committee Chairman Jerry Nadler, D-N.Y., issued a subpoena demanding the Justice Department (DOJ) turn over 535 fully unredacted copies of the Mueller report by May 1. Previously, DOJ released a lightly redacted version of the report, which lays out the findings of the investigation led by Special Counsel Robert Mueller.

Redactions to the publicly release version constitute less than 10% of the report. Attorney General Barr further made available a near-fully unredacted version minus grand jury testimony to the Gang of Eight, Chairs and Ranking members of both Judiciary committees.

“Neither the White House nor Attorney General Bill Barr will comply with Chairman Nadler’s unlawful and reckless demands,” the White House said in a statement. “The President has no other option than to make a protective assertion of executive privilege.”

In a letter to Chairman Nadler last week, Assistant Attorney General Stephen Boyd said the less-redacted version “would permit review of 98.5 percent of the report, including 99.9 percent of Volume II, which discusses the investigation of the President’s actions.”

Only Senate Majority Leader Mitch McConnell, R-Ky., Senator Lindsey Graham, R-S.C., and Judiciary Committee Ranking Member Doug Collins, R-Ga., made the trip to the skiff where the version is available for review.

Volume I of the Mueller report exonerates the President of the United States and others of accusations of so-called “collusion” with Russia to influence the 2016 election. Volume II involves the question of obstruction of justice.

Mr. Mueller made the very unusual and irregular decision not to make a recommendation on obstruction of justice, opting instead to punt to Attorney General Barr and Deputy Attorney General Rod Rosenstein.

After consultation, the nation’s top cop and his number two decided the ten instances of potential obstruction did not meet the statutory bar, lacking the required “corrupt intent” to obstruct an underlying crime.

Rep. Jim Jordan, R-Ohio, suggested the committee hold off on the vote until Mr. Mueller testifies, which is expected as early as next week. He accused Democrats of smearing the attorney general because he is investigating spying on the Trump Campaign by the Obama Administration.

“I think it’s all about trying to destroy Bill Barr because Democrats are nervous he’s going to get to the bottom of everything,” he said. “He’s going to find out how and why this investigation started in the first place.”

“Why don’t you just wait for the guy who wrote it, who spent $35 million on it?” he asked Chairman Nadler.

Rep. Hank Johnson, D-Ga., who once said he feared Guam would capsize if U.S. troops were only stationed on one side of the island, said Democrats want the full version for impeachment efforts.

“So we must get this document.”

“The Obama Administration ran an intel operation against the Trump Campaign,” Rep. Matt Gaetz, R-Fla., said. “Peter Strzok opened it up, Robert Mueller kept it going and now the Democrats need to get over it.”

The disagreement over 1.5% of the material not released to the public centers around Rule 6(e), which was enacted by congressional legislation to protect the innocent in grand jury testimony. Ironically, Chairman Nadler was one of the strongest supporters of the rule.

Rule 6(e) concerns “disclosure of matters occurring before the grand jury other than its deliberations and the vote of any juror may be made to the attorneys for the government for use in the performance of their duties.”

Rep. Mike Johnson, R-La., cited several instances of judicial precedent to make the case for the attorney general. The courts have repeatedly upheld the privacy rule for grand jury testimony, making only limited exceptions that don’t apply in this particular case.

“This is not about seeking the truth. This is about raw politics,” Ranking Member Collins said. “The Democrats on this committee have weaponized oversight authority, and it’s shameful.”