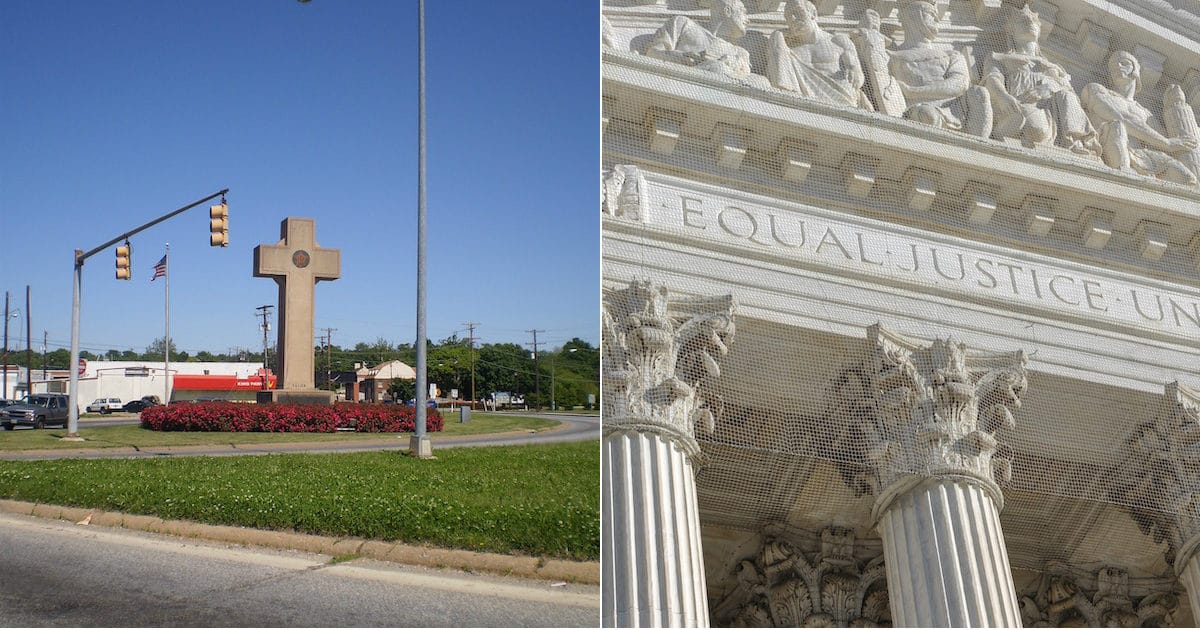 The U.S. Supreme Court ruled 7-2 to reverse and remand a lower court’s decision to remove the Bladensburg World War I Memorial, more commonly referred to as the Peace Cross.

The cross was erected in what is now a traffic circle to commemorate the fallen soldiers who served in World War I. The Fourth Circuit Court of Appeals in Richmond, Virginia, agreed with the American Humanist Association that the war memorial was unconstitutional.

But ruling on American Legion v. American Humanist Association, the Supreme Court reversed and remanded, meaning the cross can stay.

Justice Samuel Alito wrote the fractured opinion for the majority.

The High Court ruled the Peace Cross “has become a prominent community landmark, and its removal or radical alteration at this date would be seen by many not as a neutral act but as the manifestation of a hostility toward religion that has no place in our Establishment Clause traditions.”

And contrary to respondents’ intimations, there is no evidence of discriminatory intent in the selection of the design of the memorial or the decision of a Maryland commission to maintain it. The Religion Clause of the Constitution aim to foster a society in which people of all beliefs can live together harmoniously, and the presence of the Bladensburg Cross on the land where it has stood for so many years is fully consistent with that aim.”

Associate Justice Neil Gorsuch, an appointee of President Donald Trump, further wrote that there should be no standing to sue for people who are offended by the presence of religious symbols. Justice Clarence Thomas joined Justice Gorsuch.