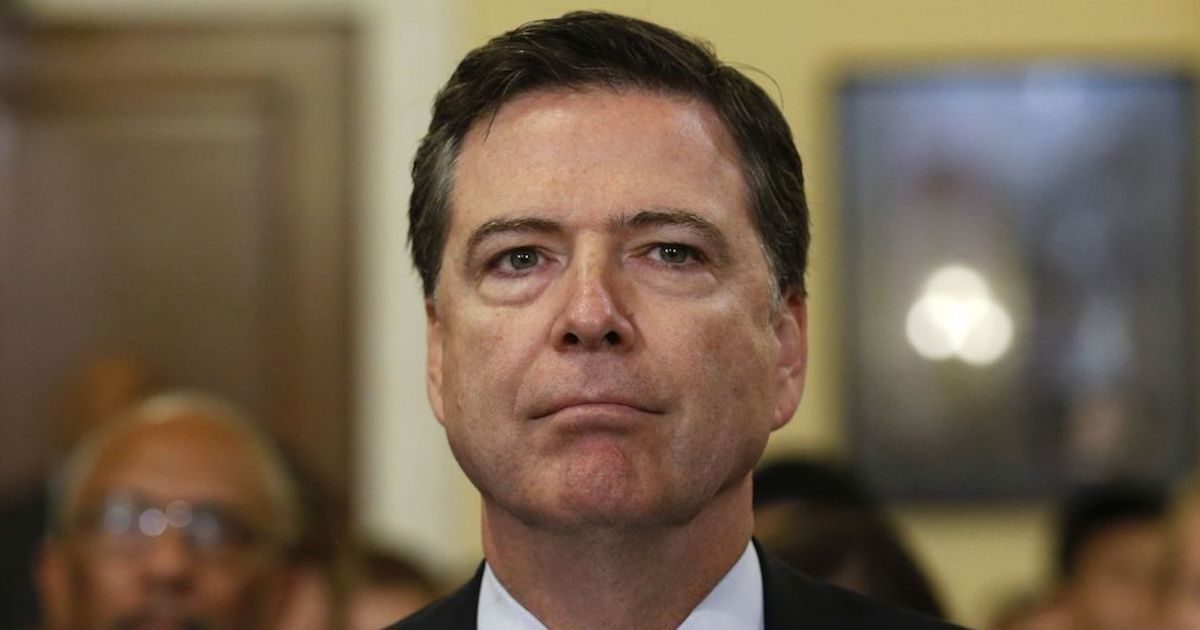 The now-infamous memos were used in a plot to have Robert Mueller appointed Special Counsel to investigate President Trump. Mr. Comey shared the content of one of those memos with Daniel Richman, who in turn leaked it to a reporter at The New York Times.

Mr. Comey was fired by President Trump in May 2017 on the recommendation of then-Deputy Attorney General Rod Rosenstein, who later said he stood by his recommendation.

“I wrote it. I believe it. I stand by it,” Mr. Rosenstein said in regards to the recommendation letter.

In his report, IG Horowitz revealed Mr. Comey told the Office of Inspector General (OIG) that he considered Memos 2 through 7 to be his personal documents, rather than official government records belonging to the Federal Bureau of Investigation (FBI).

“He said he viewed these Memos as ‘a personal aide-mémoire,’ ‘like [his] diary’ or ‘like [his] notes,’ which contained his ‘recollection[s]’ of his conversations with President Trump,” the IG report states. “Comey further stated that he kept Memos 2, 4, 6, and 7 in a personal safe at home because he believed the documents were personal records rather than FBI records.”

But Inspector General Horowitz found no support for that characterization in the law and stated it was wholly incompatible with the “plain language of the statutes, regulations, and policies defining Federal records, and the terms of Comey’s FBI Employment Agreement.”

We conclude that the Memos were official FBI records, rather than Comey’s personal documents. Accordingly, after his removal as FBI Director, Comey violated applicable policies and his Employment Agreement by failing to either surrender his copies of Memos 2, 4, 6, and 7 to the FBI or seek authorization to retain them; by releasing official FBI information and records to third parties without authorization; and by failing to immediately alert the FBI about his disclosures to his personal attorneys once he became aware in June 2017 that Memo 2 contained six words (four of which were names of foreign countries mentioned by the President) that the FBI had determined were classified at the “CONFIDENTIAL” level.

While the IG report is yet another blistering indictment of Mr. Comey’s conduct — and justifies President Trump removing him as FBI director — he will not be held legally accountable over the matter. The OIG provided a copy of the findings to the Justice Department for a prosecutorial decision and, after reviewing the matter, DOJ declined to prosecute.

“Thereafter, we prepared this report to consider whether Comey’s actions violated Department or FBI policy, or the terms of Comey’s FBI Employment Agreement,” the report states. “As described in this report, we conclude that Comey’s retention, handling, and dissemination of certain Memos violated Department and FBI policies, and his FBI Employment Agreement.”

Update: The Justice Department Office of Inspector General also released a finding of misconduct pertaining to an unnamed Then Deputy Assistant Attorney General, who misused DOJ computers to view pornographic material. He then lied about it under oath.