HomeNewsPoliticsHorowitz on Whether IG Report Exonerated FBI of Political Bias: ‘We Did Not Reach that Conclusion’

Horowitz on Whether IG Report Exonerated FBI of Political Bias: ‘We Did Not Reach that Conclusion’ 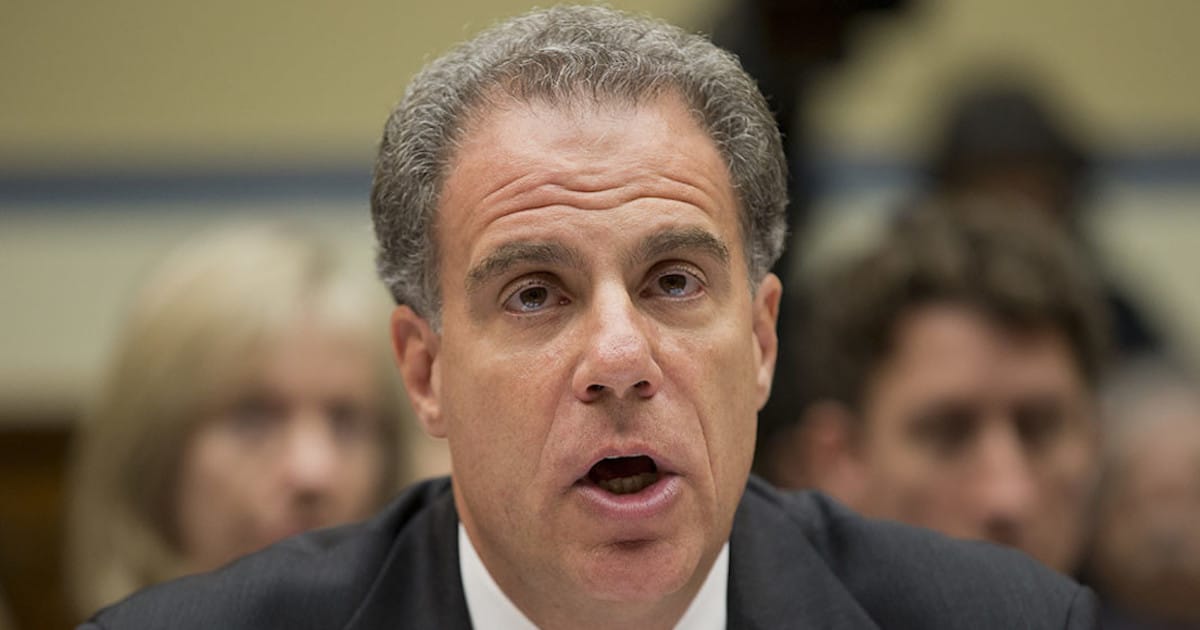 Justice Department (DOJ) Inspector General Michael Horowitz pushed back on claims his investigation exonerated the FBI of political bias in the probe conducted on the Trump campaign. Questioned on Wednesday by Senator Josh Hawley, R-Mo., the inspector general clarified political bias was a possible motive to open the investigation.

“Was it your conclusion that political bias did not affect any part of the Page investigation, any part of Crossfire Hurricane?” Senator Hawley asked. “We did not reach that conclusion,” Mr. Horowitz replied.

He added that his team did not accept the explanations officials at the Federal Bureau of Investigation offered as to why there were “so many errors” in their investigation.

“We have been very careful in the connection with the FISA’s for the reasons you mentioned to not reach that conclusion,” Mr. Horowitz further told Senator Hawley. “As we’ve talked about earlier — the alteration of the email, the text messages associated with the individual who did that, and our inability to explain or understand, to get good explanations so that we could understand why this all happened.”

Last Monday, the Office of the Inspector General (OIG) released a Review of Four FISA Applications and Other Aspects of the FBI’s Crossfire Hurricane Investigation. Democrats and their allies in big media quickly seized on Mr. Horowitz’s statement that he “did not find documentary or testimonial evidence” of political bias as the predicate.

On Tuesday, the presiding judge of the Foreign Intelligence Surveillance Court (FISC) responded to the blistering report. The inspector general found seven “significant inaccuracies and omissions” in just the first of four total warrant applications.

Judge Rosemary Collyer issued an unprecedented public rebuke of the FBI for its handling of warrant applications used to spy on the Trump campaign. She called the bureau’s actions “antithetical to the heightened duty of candor” owed to the secret court.

John Durham, the U.S. Attorney for Connecticut tasked with investigating potential wrongdoings in the origins of the Russia probe, released a rare public statement casting doubt on the idea political bias was not the motive for opening the investigation.

I have the utmost respect for the mission of the Office of Inspector General and the comprehensive work that went into the report prepared by Mr. Horowitz and his staff. However, our investigation is not limited to developing information from within component parts of the Justice Department.

Our investigation has included developing information from other persons and entities, both in the U.S. and outside of the U.S.  Based on the evidence collected to date, and while our investigation is ongoing, last month we advised the Inspector General that we do not agree with some of the report’s conclusions as to predication and how the FBI case was opened.

As People’s Pundit Daily (PPD) previously reported, Mr. Durham has expanded his probe and the timeline under investigation. The move—which came after he returned from questioning controversial figures overseas—strongly indicates he did find criminal misconduct.