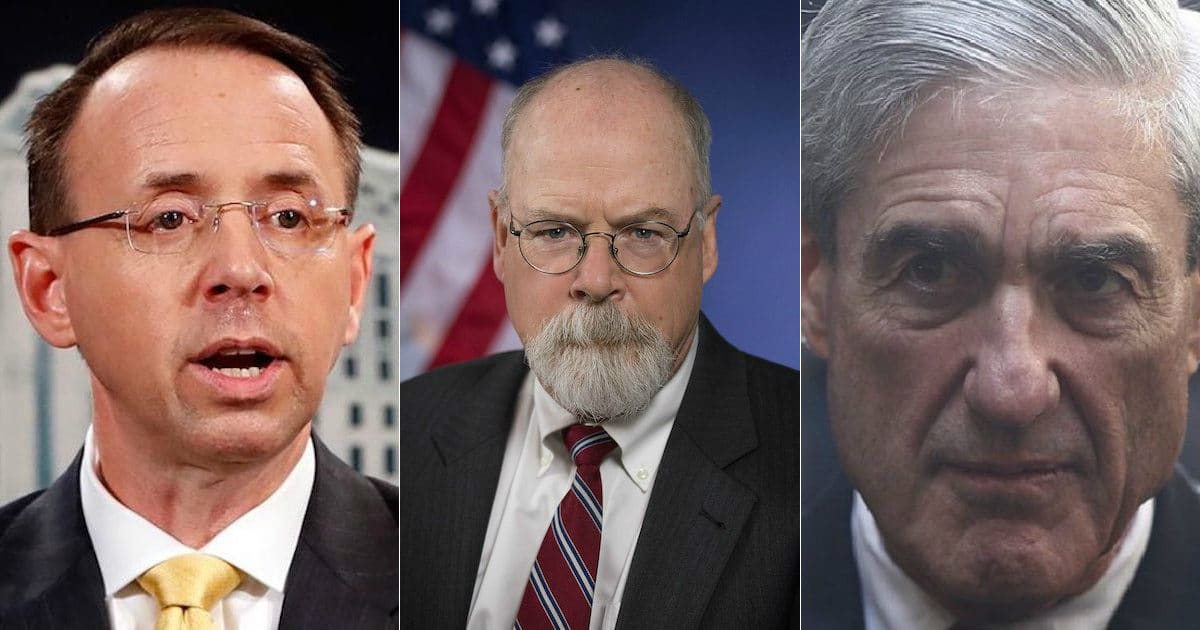 U.S. Attorney John H. Durham has reported expanded his investigation into the origins of and potential wrongdoings in the Russia probe. In May, Attorney General William Barr assigned the U.S. Attorney in Connecticut

Fox News, citing multiple officials, reported the timeline has expanded from the genesis of the disproved “Russian Collusion” through the election and now has included a post-election timeline through the spring of 2017, up to when Robert Mueller was appointed Special Counsel by then-Acting Deputy Attorney General Rod Rosenstein.

“This is not someone who would ask for more resources if there was no ‘there, there,'” a department source told PPD when asked about the move by Mr. Durham. “This is a significant development.”

The Justice Department (DOJ) has also uncovered documents supporting the White House claim that Robert Mueller was in fact pursuing the job to replace fired former director James Comey at the Federal Bureau of Investigation (FBI).

Mr. Mueller testified under oath on July 24 that he did not seek the position during the meeting on May 16, 2017.

“My understanding was I was not applying for the job,” Mr. Mueller testified under oath. “I was asked to give my input on what it would take to do the job.”

Newly obtained emails also show Mr. Rosenstein and Mr. Mueller were secretly in contact with one another the days before, during and after the latter met with President Donald J. Trump.

It’s unclear whether “the boss” was a reference to then-Attorney General Jeff Sessions, or President Trump, himself.

However, the emails indicate Mr. Mueller was appointed Special Counsel after the president refused to give him the job.

“I am with Mueller. He shares my view. Duty calls,” Mr. Rosenstein wrote to Mark Filip, an attorney at Kirkland & Ellis LLP on May 16, 2017. “Sometimes the moment chooses us.” (Document Page 54)

That email timestamped at 3:48 PM EST was sent the same day Mr. Mueller met with the president at the White House. The meeting between Mr. Mueller and President Trump — at which there were numerous witnesses — took place earlier in the day.