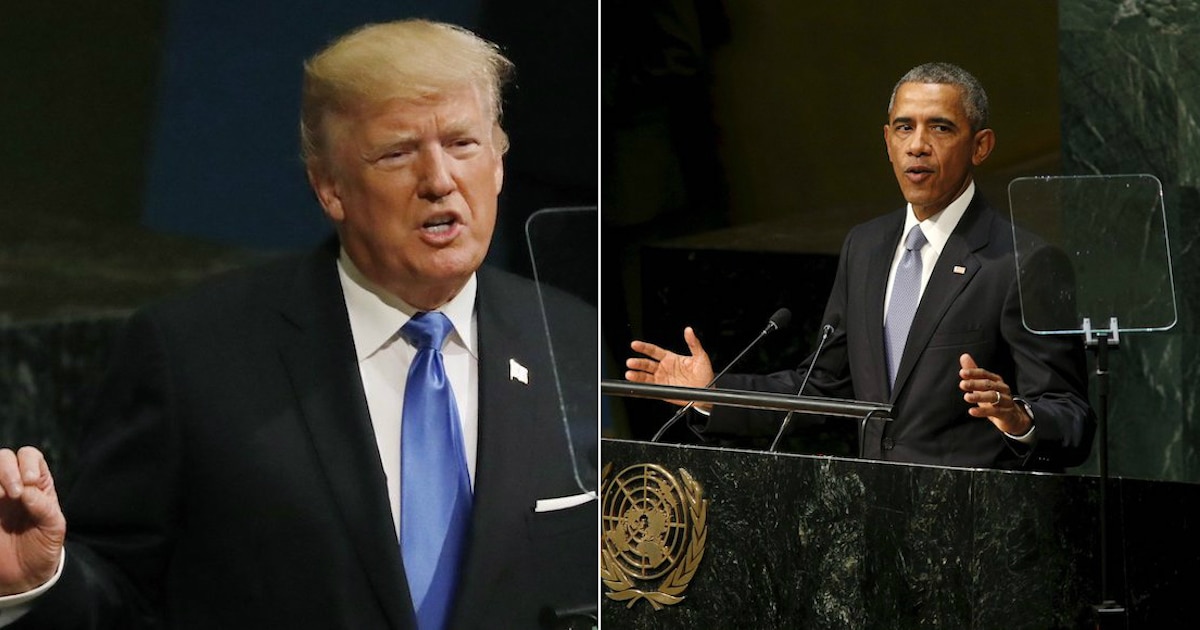 President Donald J. Trump said during remarks at the White House the missiles Iran fired were paid for with the funds made available by the nuclear deal negotiation by the previous administration.

“Iran’s hostilities substantially increased after the foolish nuclear deal was signed in 2013,” the president said, noting “they chanted death to America the day the deal was signed.”

“Then, Iran went on a terror spree funded by the money from the deal and created hell in Yemen, Syria, Lebanon, Afghanistan and Iraq. The missiles fired last night at us and our allies were paid for with the funds made available by the last administration.”

Iran launched a ballistic missile attack from its territory at targets in Iraq Wednesday morning (local time), an escalation Tehran claimed was retaliation for the death of Quds Force Major-General Qassem Soleimani.

“No American or Iraqi lives were lost because of the precautions taken, the dispersal of forces and an early warning system that worked very well,” the president said.

Ben Rhodes, Mr. Obama’s Deputy National Security Adviser for Strategic Communications, admitted to the New York Times the administration lied to the American people, Congress, and our allies in how they “spun” the Iran nuclear deal.

President Trump withdrew the U.S. from the “defective” nuclear deal in May 2018, saying it failed to prevent Tehran’s nuclear ambitions. He called other nations in the JCPOA to join the U.S. in pushing for a new deal.

“The time has come for the United Kingdom, France, Russia and China to recognize this reality. Peace and stability cannot prevail in the Middle East as long as Iran is allowed to foment violence.”

“Let’s work together to make a deal with Iran to make the world a better place.”