HomeNewsReligionMuseum Of The Bible Slated To Open In 2017 In Washington, D.C.

Museum Of The Bible Slated To Open In 2017 In Washington, D.C. 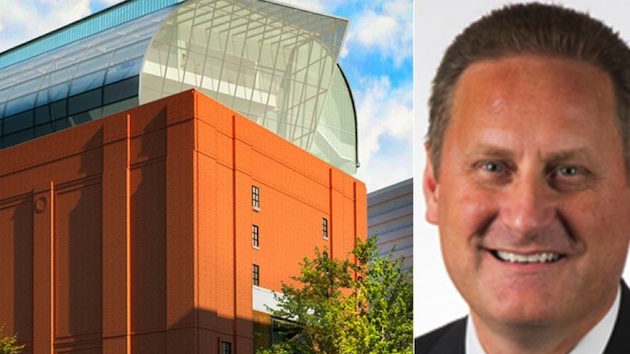 Hobby Lobby CEO Steven Green, (right) will display the personal Green family biblical collection at the soon-to-be Washington D.C.-based Museum of the Bible, which is slated to open its doors in 2017 (right). (Photos: MuseumoftheBible.com)

Steve Green, the founder and CEO of Hobby Lobby, is now the founder and Chairman of the Board at the upcoming Museum of the Bible. In 2017, the Museum of the Bible will open its doors to allow visitors to peer into the 430,000-square-foot nonprofit collection in Washington, D.C., only two blocks from the bustling National Mall. Located just three blocks from the Capitol building, it will also be located near the Smithsonian and the Air and Space Museums.

Mr. Green first planned to open the museum in Dallas, Texas, but ultimately decided the nation’s capitol would draw more visitors hoping to gaze at exhibits created with “cutting-edge technology to bring the Bible to life. It will span time, space, and cultures, inviting everyone to engage with the Bible.” The museum will have three permanent sections and plenty of space for temporary exhibits, and the goal is to ensure returning visitors will always have a new or artifact to observe.

At the heart of the museum’s collection will be the personal, renowned Green family collection, which has been gathered over the last five years and has now become one of the world’s largest private collections of rare biblical texts, objects, and artifacts. The Green family collection totals over 40,000 artifacts and object, including cuneiform tablets dating from the time of Abraham, Dead Sea Scroll fragments, first editions of the King James Bible, multiple unpublished New Testament fragments on papyrus, as well as several of the earliest known Jewish prayer books.

“I think it will be extremely engaging and interactive,” Green told reporters. “We want to help tell that story so that it will be exciting for everyone that comes.”

Museum of the Bible will have interactive theaters and handheld devices that can create a personal tour for visitors, with current plans that include a “special Noah’s Ark experience” for children and holograms, as well as video screens that re-enact historical scenes related to the Bible.

If the Museum of the Bible sounds familiar to you, it might be that they have taken their exhibits on the road. “As of 2014, our traveling exhibits have visited five U.S. cities and three other countries, with new exhibits and locations continually being planned,” according to the website. The museum supports scholarship and academic research through the Green Scholars Initiative and through development of a high school Bible curriculum for domestic and international use.

The Green family made national headlines for refusing to comply with the government-mandate for employers to offer insurance coverage to employees that include abortifacients. For taking a stand against the contraceptive mandate, they were subject to a $1.3 million a day hit, which is the penalty for not funding said mandate, prior to lower courts staying the penalty.

Despite what has been widely repeated — inaccurately so no less — the Green family wasn’t refusing to cover birth control, per se, just 4 abortifacients out of all 21 mandated contraceptive products. The Supreme Court sided with the Green family and other plaintiffs in June. The high court ruled that closely held corporations do have a right to religious liberty and the freedom of conscious.

The court also said that the government failed to show that the mandate is the least restrictive means of advancing its interest in guaranteeing cost-free access to birth control. Justice Kennedy’s concurring opinion stated that the government could pay for the coverage itself, rather than force people of faith to act against their conscious.

Ebola Survivor: 'I Am Forever Thankful To God For Sparing My Life’