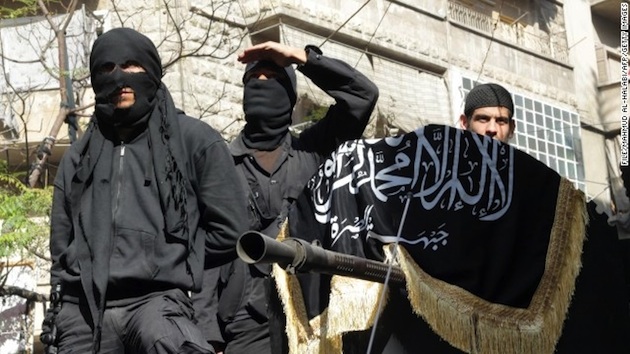 The State Department has launched an effort to counter propaganda from ISIS and other terror groups using social media to forward radical Islam. The 50-member Center for Strategic Counterterrorism Communications had previously been charged with the task of analyzing and countering terrorists’ messaging around the world, and now plans to use that data to counter the recruiting threat from ISIS, otherwise known as the Islamic State of Iraq and Syria.

In an effort to address what is now a massive social media presence that is used in the terror group’s recruiting campaign, the unit released a fake recruiting ad for ISIS.

“Run – do not walk to ISIS Land,” the video viewable below, tells would-be recruits that they can learn “useful new skills” such as “blowing up mosques” and “crucifying and executing Muslims.” The “ad” ends with the line: “Travel is inexpensive, because you won’t need a return ticket!”

The video depicts graphic images and videos, including scenes of people being crucified, decapitated heads arranged next to each other and a headless body, and mosques being blown up by suicide bombers.

There is no consensus on the impact the counter-propaganda effort may have, but the State Department believes that offering an alternative to the ISIS message is critical to winning the struggle with radical Islam.

“We believe countering our adversaries in this space is critical. We must contest the space by confronting distortion with reality and lies with truth,” a State Department spokesperson said.

President Obama plans to lay out his plans to the American people during a speech on Wednesday, and has already discussed the basics with House and Senate leaders Tuesday. Whether emphasis will be put on the effort during the speech remains to be seen, but a White House official said the president will include the plan in his remarks to the American people.

The Center for Strategic Counterterrorism Communications, was created in 2011 to “coordinate, orient, and inform government-wide foreign communications activities targeted against terrorism and violent extremism,” according to the State Department. The unit works on an annual $6 million budget to combat “extremist propaganda in previously uncontested digital space.” The State Department tested the waters with a “small pilot English Language Initiative” at the end of 2013 to counter extremists trying to recruit in the “English-speaking world.”

However, considering the number of reports highlighting home-grown terrorists radicalized in Minnesota mosques and other Muslim centers across the nation, including Dearborn and Detroit, Michigan, the effort if effective at all was late to the game.

On Twitter alone, the intelligence firm Recorded Future concluded over 27,000 “pro-ISIS accounts” are active and tweeting, while the new unit’s English-language YouTube channel was just created in June.

Report: In Al Qaeda Vs ISIS Competition, U.S. Could Lose On September 11