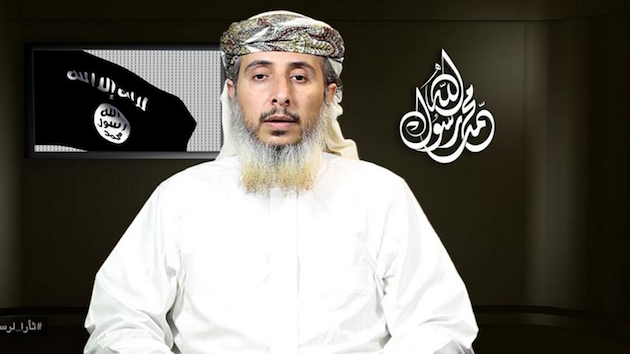 In a video released on Wednesday, Nasser bin Ali al-Ansi, leader of al Qaeda in Yemen, claimed responsibility for the Paris attack on Charlie Hebdo.

In a video released on Wednesday, Nasser bin Ali al-Ansi claimed, leader of al Qaeda in Yemen, claimed responsibility for the Paris attack on Charlie Hebdo last week. In the video, the leader of the terror group also known as al Qaeda in the Arabian Peninsula, or AQAP, claimed the organization chose the target, financed and planned the operation.

“[AQAP] chose the target, laid the plan and financed the operation,” al-Ansi said in the 11-minute video. “[AQAP] claim responsibility for this operation as vengeance for the Messenger of Allah.”

Since the grim attack last week, al Qaeda in the Arabian Peninsula, located in Yemen, was at the top of western intelligence agencies’ lists of likely suspects.

In 2013, AQAP’s online English-language magazine, Inspire, listed the editor of Charlie Hebdo, Stéphane Charbonnier, among its most wanted, for publishing cartoons it said were insulting to the prophet. Charbonnier, also known as “Charb,” was the cartoonist depicting Islamic State leader al-Baghdadi, which was tweeted out just prior to the attack that claimed his life.

“Your governments blocked their ears from this address. They became stubborn and persisted in protecting and supporting the offensive cartoonists, directors and journalists,” al-Ansi said, warning of future attacks if the West continues insulting “our prophet and sanctities.”

Incidentally, the latest issue of Charlie Hebdo, which features a cartoon of the Prophet Muhammed on the cover holding a “Je suis Charlie” sign, has sold out across Europe, with a 3 million print run far exceeding their typical 60,000-issue circulation.

Egypt’s Dar al-Ifta, an institute for the study of Islamic law with links to the Egyptian state, on Tuesday said the cartoon cover was an “unjustified provocation” for millions of Muslims who respect and love their prophet. The Dar al-Ifta is in charge of issuing relgious edicts, an allegedly more-harmful edicts, to millions of Muslims.

The official statement was a warning of an outpouring of hatred by Muslims in French and other Western societies toward non-Muslims, and called on the French government and other western governments to reject “the racist act.”which is in charge of issuing religious edicts.

The cover of the new issue also read, “Tout Est Pardonne,” or “All Is Forgiven.” However, it appears al-Ansi and the rest of AQAP aren’t asking for forgiveness.