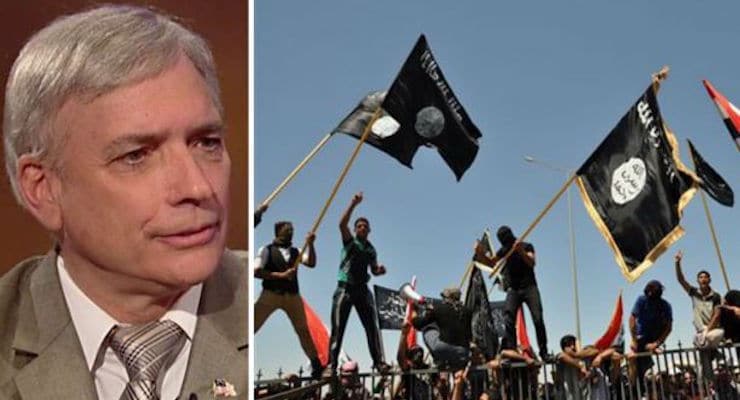 Joachim Herrmann, left, is the top security official in Bavaria.

Joachim Herrmann, Bavaria’s top security official, announced Monday the 27-year-old man who blew himself up in southern Germany, was a Syrian asylum seeker. However, the man failed to get asylum in Germany and, in a video before the attack, pledged allegiance to Abu Bakr al-Baghdadi, the head of the Islamic State (ISIS).

The 27-year-old set off explosives he was carrying in a backpack at a bar shortly after 10 p.m. Sunday near an open-air music festival, wounding 12 other people. He was first refused entry to the festival in Ansbach because he didn’t have a ticket.

An initial translation of the Arabic-language video found on the bomber’s phone revealed it was a “revenge” attack against Germany, according to Herrmann. He told reporters the video strongly suggested the bombing was a “terrorist attack.”

Twice government officials ordered the deportation of the man and, most recently, he was told on July 13 that he would be deported to Bulgaria. A spokesman for Germany’s interior ministry Tobias Plate told reporters the first deportation notice was issued on Dec. 22, 2014.