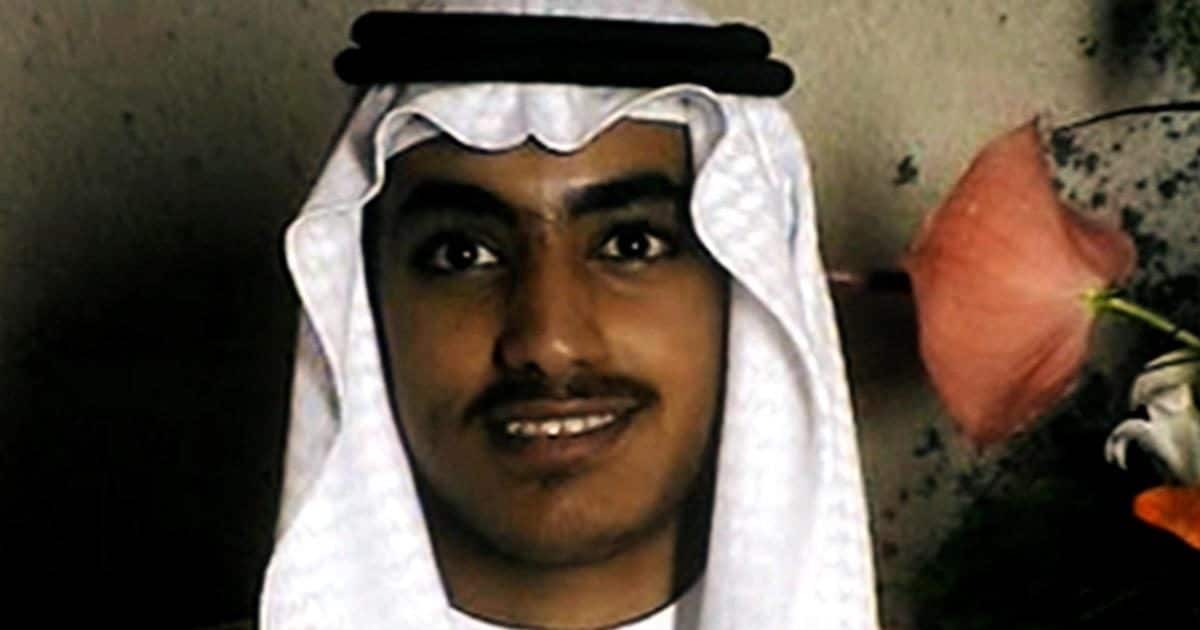 “Hamza bin Laden, the high-ranking al-Qaeda member and son of Usama bin Laden, was killed in a United States counterterrorism operation in the Afghanistan/Pakistan region,” the White House said in a statement on Satursday.

“The loss of Hamza bin Laden not only deprives al-Qaida of importance leadership skills and the symbolic connection to his father, but undermines important operational activities of the group. Hamza bin Laden was responsible for planning and dealing with various terror groups.”

In early August, multiple news outlets citing unnamed U.S. intelligence officials reported the death of the terror heir as the result of an air strike.

Bin Laden, believed to be 30-years-old, was designated by the U.S. State Department roughly two years ago. As recently as February 2019, the U.S. government posted $1,000,000 reward for information leading to his capture. That’s the equivalent of £825,000.

Bin Laden married the daughter of Abdullah Ahmed Abdullah, also known as (A.K.A.) Abu Muhammad al-Masri, who was indicted for his alleged involvement in the 1998 bombings of the U.S. embassies in Tanzania and Kenya.

In 2011, U.S. Navy SEALS killed his father, Osama bin Laden, who had been hiding in a compound in Abbottabad, Pakistan. U.S. forces had been hunting for him since the attacks September 11, 2001, in which nearly 3,000 people were killed.

As a result of the raid on the compound, the U.S. seized a treasure trove of documents indicating Hamza bin Laden was being groomed to take over for his father as the leader of al-Qaeda.

However, Ayman al-Zawahiri has led al-Qaeda since June 2011. Bin Laden served as a go-between for al-Qaeda and like-minded Islamic terror groups.

In recent years, al-Qaeda, which translates from Arabic to English as “the Base,” released 11 audio messages in which he called for attacks on the U.S. to avenge his father’s death. He routinely threatened the U.S. and encouraged jihadists to fight in Syria.

In his last public statement in March 2018, he called on Muslims in the Arabian Peninsula to revolt. Later that month, Saudi Arabia revoked his citizenship.

The news comes only three days after the U.S. remembered the 18th anniversary of the attacks.

Iran "Ready for War" After Shooting Down U.S. Drone

More than 500 Scientists Challenge "Consensus": "There Is No Climate Emergency"