Most people understand that there’s a Social Security crisis, but they only know half the story. The part of the crisis they grasp is that the program is basically bankrupt, though I doubt many of them realize that the long-run shortfall is a staggering $44 trillion.

The part of the crisis that generally is overlooked is that the program is a lousy deal for workers. They pay record amounts of tax into the system in exchange for a shaky promise of a modest monthly check. For all intents and purposes, they are being charged for a steak, but they’re getting a hamburger (with Medicare, by contrast, people are charged for a hamburger and they receive a hamburger but taxpayers pay for a steak that nobody gets).

For groups with lower-than-average life expectancy, such as poor people and minorities, Social Security is even worse. They pay into the system throughout their working lives, but then they don’t live long enough to collect a decent amount of benefits.

I narrated a video that was partly focused on how people could have more retirement income if we shifted to a system of personal retirement accounts, but this video from Learn Liberty directly addresses this issue.

By the way, I have one minor complaint with this excellent video. Social Security is not forced savings. There’s no money set aside. Yes, there’s a “trust fund,” but it contains nothing but IOUs. And if you don’t believe me, see what the Clinton Administration wrote back in 1999.

It would be more accurate to say the system is a pay-as-you-go, tax-and-transfer entitlement.

But I’m digressing, so let’s focus on some potential good news. Americans actually have a pretty good track record of saving for their own retirement. Indeed, total pension assets (measured as a share of economic output) in the United States rival those of nations that have mandatory private retirement systems. 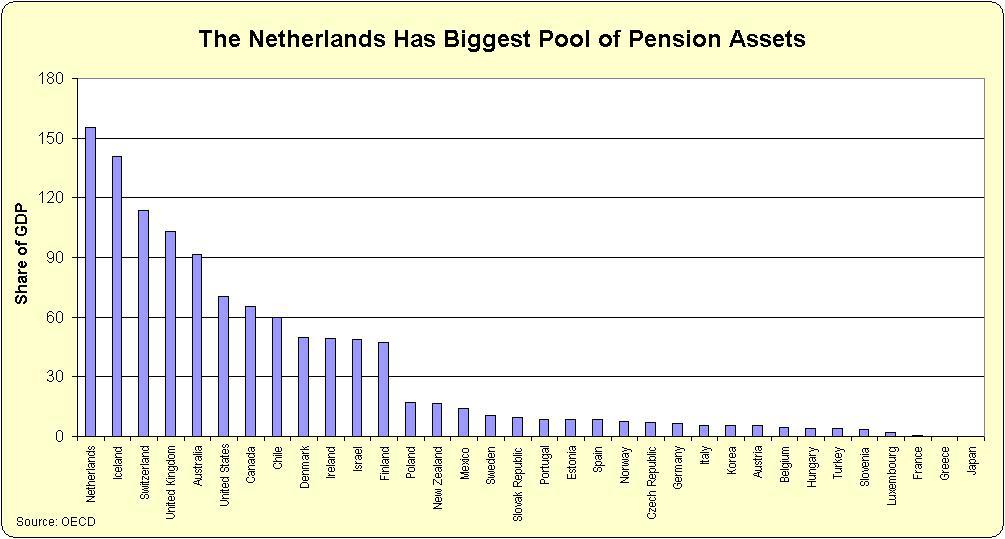 So it presumably shouldn’t be that difficult to transition to a private retirement system in America.

Which was a key takeaway from a column in the Wall Street Journal last week by Andrew Biggs of the American Enterprise Institute. He starts with a pessimistic observation on how major politicians have addressed the crisis.

But the good news is that many Americans already are saving for retirement, so it wouldn’t be disruptive to extend personal retirement accounts to the entire population.

…private plans such as 401(k)s have allowed more people than ever to save for retirement…61% of workers… Contributions to private plans have…risen from an average 5.8% of wages in 1975 to 8% in 2014. …in 1984 only 23% of households received benefits from private retirement plans. By 2007 that had risen to 45%. Moreover, during the same period the benefits that the median household received from private plans rose by 141% above inflation, versus only 25% for Social Security benefits.

This is a system that should be expanded, with a prudent transition from a bankrupt Social Security system to a safer and more lucrative system of personal retirement accounts.

And that would be a much better outcome than what the current system will give us.

P.S. Responding to those who worry about stock market downturns and the implications for retirement income, my colleague Mike Tanner showed that even people retiring after the 2008 crash would have been better off with personal retirement accounts.

Why is the Trump Administration AWOL on the IRS?