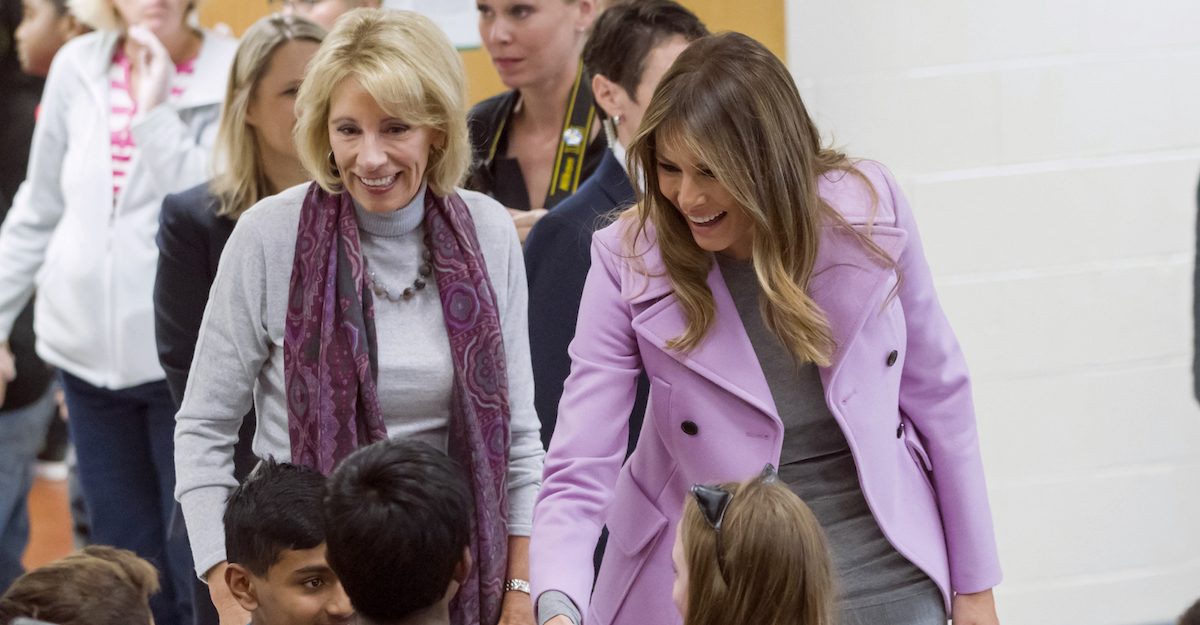 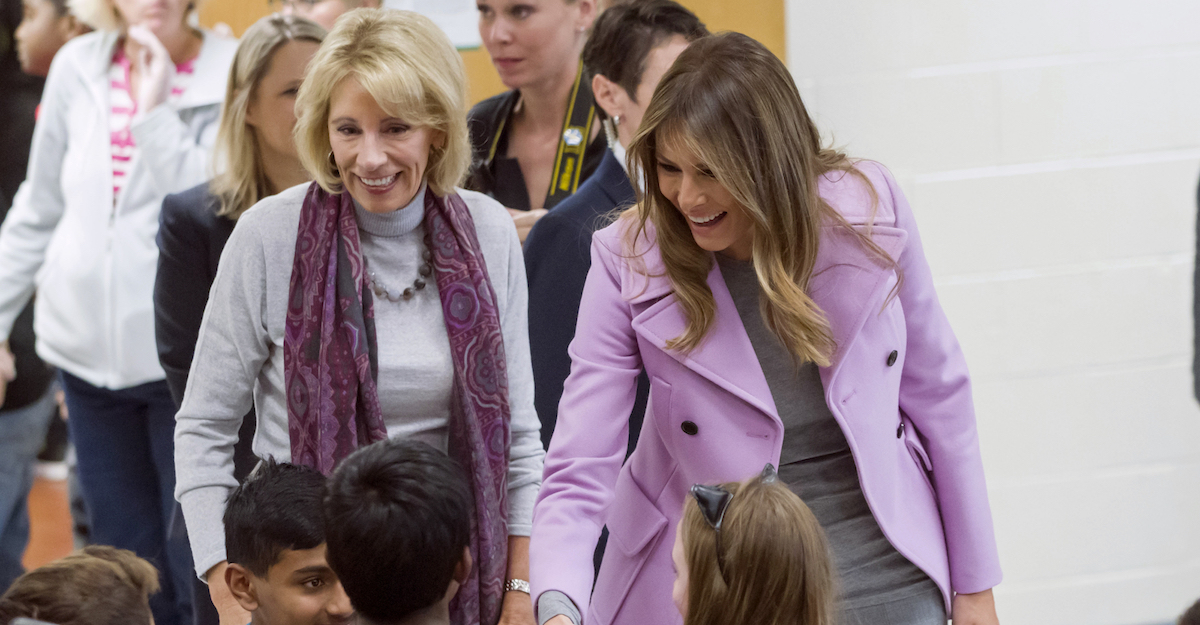 Whenever I discuss education policy with one of my leftist friends, it usually follows the same script. They’ll ask whether I want good education for kids. I’ll say yes. They’ll then say we should devote more money to government schools.

I then show them this powerful chart and point out that we’ve been following their approach for 40-plus years and that it hasn’t worked.

None of them has ever had an effective or coherent response.

Once again, none of them has ever had an effective or coherent response.

The simple reality if that giving more money to government schools is a foolish gesture.

Today, we’re going to look at some additional evidence.

Research from the World Bank pours cold water on the notion that more money for teachers leads to better outcomes for students.

…countries sometimes implement large increases in public-sector salaries to attract higher-quality applicants to government jobs and to better motivate existing employees. …understanding the extent to which unconditional pay increases make incumbent public-sector workers more motivated and productive is a key consideration in evaluating the cost effectiveness of such salary increases. …In this paper, we provide experimental evidence on the impact of a large unconditional salary increase on the effort and productivity of incumbent public employees. Our study was conducted in the context of a policy change in Indonesia that permanently doubled the base pay of eligible civil-service teachers… The reform moved teacher salaries from the 50th to the 90th percentile of the college-graduate salary distribution. Civil-service teachers in Indonesia also enjoy generous benefits and high job security, and quit rates were very low even before the pay increase. Thus, the teachers in our study are typical of public-sector employees in many low- and middle-income countries, who hold highly coveted jobs and enjoy a significant wage premium relative to their private-sector counterparts.

So what were the results of this experiment? The good news, as you might expect, is that teachers were quite happy.

The experiment significantly improved measures of teacher welfare: At the end of two and three years of the experiment, teachers in treated schools had higher income, were more likely to be satisfied with their income, and were less likely to report financial stress.

But for those of us who actually want better education for children, the results were not very satisfactory.

…despite this improvement in incumbent teachers’ pay, satisfaction, …the policy did not improve either their effort or student learning. Teachers in treated schools did not score better on tests of teacher subject knowledge, and we find no consistent pattern of impact on self-reported measures of teacher attendance. Most importantly, we find no difference in student test scores in language, mathematics, or science across treatment and control schools. …Finally, we use the school-level random assignment as an instrumental variable for being taught by a certified teacher in a given year, and find no improvement in student test scores from being taught by a certified teacher (relative to students in control schools taught by similar “target” teachers). These effects are also precisely estimated…our results are consistent with other studies finding no correlation between teacher salaries in the public sector and their teaching effectiveness (Muralidharan and Sundararaman 2011, Bau and Das 2017), and with studies finding that contract teachers who are paid much lower salaries than civil-service teachers are no less effective (Muralidharan and Sundararaman 2013, Duflo, Dupas, and Kremer 2015, Bau and Das 2017).

Indonesia is not similar to the United States, so some people will want to dismiss these finding.

But the authors note that U.S.-focused studies have reached the same conclusion.

Our results are consistent with prior studies finding no correlation between in creases in teacher pay and improved student performance in the US (Hanushek 1986; Betts 1995; Grogger 1996).

If giving teachers more money doesn’t work, is it possible that spending more money on facilities will help?

Let’s look at another academic study, published in the Journal of Public Economics, for some insight. Here’s the approach used by the scholars.

In this paper we provide the most comprehensive assessment of achievement effects from school facility investments initiated and financed by local school districts. The first part of the analysis examines the impact of nearly 1400 capital campaigns initiated by 748 school districts in the state of Texas over a 14-year period. …We examine the impact of capital campaigns on student outcomes using information on all tested students in the state over this time period, which includes all 3rd through 8th graders and 10th or 11th graders that take the state’s high school exit exam.

And here are the very disappointing results.

…the second part of the study directly measures the effect of capital investment on students actually exposed to it by analyzing more than 1300 major campus renovations. Controls for lagged individual test scores permit us to address changes in student composition resulting from capital investment, analogous to “value-added” models of teacher effectiveness. With or without this adjustment, we find no evidence of achievement effects of major campus renovations, even for renovations that appear to have generated large improvements in school facility conditions. Our estimates are sufficiently precise such that we can rule out positive effects larger than about 0.02 for math and 0.01 for reading for the first four years following a campus renovation.

By the way, I’m not arguing that pay and facilities are irrelevant. I think the takeaway from these studies is that more money doesn’t help when the underlying structure of the education system is faulty. So long as we have a centralized monopoly, more money isn’t going to help.

Unfortunately, American politicians are part of the problem.

Under President George W. Bush, the federal government spent more money on education and grabbed more control of the sector as part of the so-called No Child Left Behind initiative. That didn’t yield good results.

Under President Barack Obama, the same thing happened. Thanks to Common Core, the federal government spent more money on education and grabbed more control of the sector. That didn’t yield good results.

Indeed, a report last year for the National Center for Policy Analysis notes the dismal impact of the federal government.

Over the years, federal funding of primary and secondary education has increased, while students’ academic performance has flatlined. For instance, the high school reading and math scores on the National Assessment of Education Progress show that student performance has remained flat for the past 20 years… education reform initiatives by several administrations produced, at best, minimal improvements in student performance at a high price to taxpayers. Given its track record, the federal government should get out of the education business. Federal education reforms have failed to achieve their goals and failed to have a positive impact on education performance.

Amen. The Department of Education in Washington should be eliminated. It’s part of the problem.

Let’s close with a Reason video that looks at some absurd examples of how taxpayer money is wasted by the government school monopoly.