The Case for Capital Gains Indexing 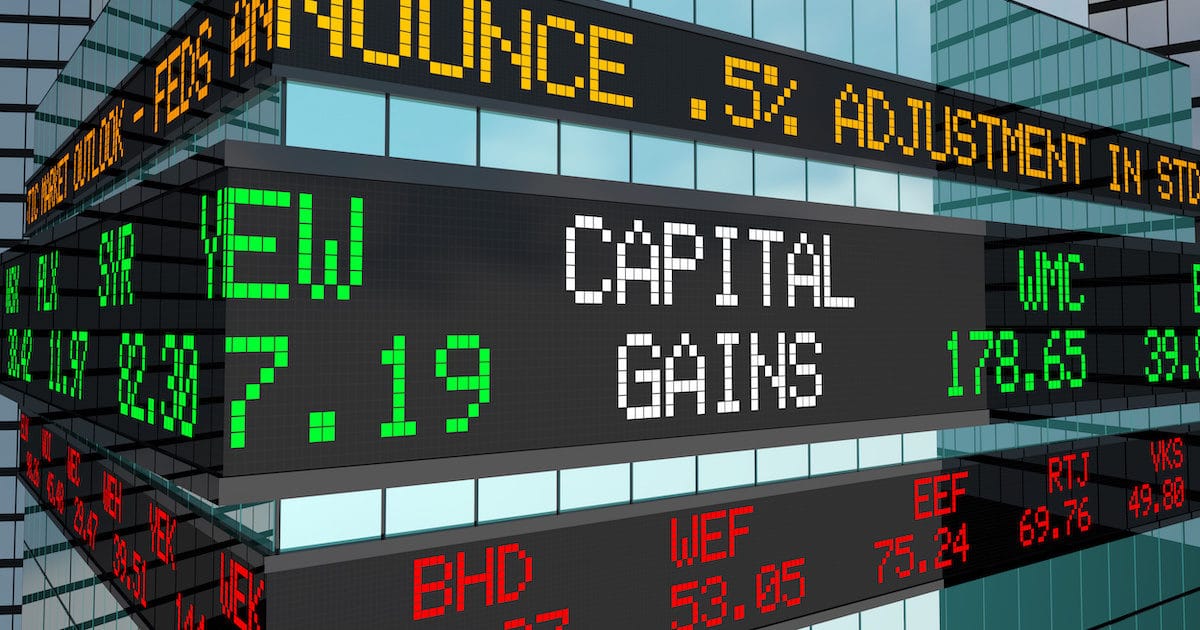 One of the worst features of the internal revenue code is the pervasive bias against income that is saved and invested.

People who immediately consume their after-tax income are largely untaxed — thankfully, we don’t have a value-added tax — but there are several additional layers of tax on people who set aside income to finance future economic growth.

This is a self-destructive approach since all economic theories – even Marxism and socialism – agree that capital formation is a key to long-run growth and higher living standards.

The ideal answer is fundamental tax reform. For instance, all forms of double taxation are abolished with a flat tax.

But that’s not a realistic option, so what about interim steps?

Interestingly, some progress may be possible. According to a Bloomberg report, the Trump Administration may be on the verge of getting rid of the hidden inflation tax on capital gains.

The White House is developing a plan to cut taxes by indexing capital gains to inflation, according to people familiar with the matter, in a move that…may be done in a way that bypasses Congress. Consensus is growing among White House officials to advance the proposal soon, the people said, to ensure the benefit takes effect before President Donald Trump faces re-election in 2020. Revamping capital gains taxes through a rule or executive order likely would face legal challenges, a concern that reportedly prompted former President George H.W. Bush’s administration to drop a similar plan. …Indexing capital gains would slash tax bills for investors when selling assets such as stock or real estate by adjusting the original purchase price so no tax is paid on appreciation tied to inflation. …The inflation adjustment would amount to a several percentage point tax cut for investors, depending on the type of asset and how long it’s held, according to 2018 estimates from the non-partisan Congressional Research Service. Corporate stock with dividends held for 10 years would be currently be subject to an effective tax rate of 24.3%. That same holding indexed to inflation would be subject to a 21.4% tax rate, CRS said.

Kimberley Strassel of the Wall Street Journal opines that this would be a very desirable reform.

What if President Trump had the authority—on his own—to enact a second powerful tax reform? He does. The momentum is building for him to use it. …forces are aligning behind a plan: a White House order to index capital gains for inflation. It’s a long-overdue move—one that would further unleash the economy and boost GOP election prospects. …At President Reagan’s behest, Congress in the 1980s indexed much of the federal tax code for inflation. Oddly, capital gains weren’t similarly treated. The result is that businesses and individuals pay taxes on the full nominal amount they earn on investments, even though inflation eats up a good chunk of any gain. It’s not unheard of for taxes to exceed real gains after inflation. …the Internal Revenue Code does not require that the “cost” of an asset be measured only as its original price—meaning there is no reason Treasury could not construe it in today’s dollars. …The move would set off an explosion of buying and selling—of which the government would get its cut. The lower tax on capital would also help asset prices grow. All of this would be excellent news for the economy.

This 2010 video from the Center for Freedom and Prosperity elaborates on the reasons for indexing.

I especially like the examples showing how, even with modest levels of inflation, the actual capital gains tax rate can be much higher than official rate.

This is why any form of capital gains taxation is wrong. And it’s especially wrong to impose a hidden – and higher – tax simply because of inflation. Indeed, it is fundamentally immoral to let the government profit from inflation.

So, what would happen if the rumors are true and Trump unilaterally eliminates the tax on inflationary gains?

The Tax Foundation estimated how such a change would affect the economy and the budget. The report includes a helpful example of how this reform would protect investors.

…if an individual purchased an asset for $100 in January 1, 2000 and sold that asset for $200 on July 1, 2018, the nominal capital gain would be $100. However, inflation over that period increased the price level by 49 percent. Under an indexing proposal, the individual would be able to gross up the basis of $100 by the total inflation during that period to $149. As a result, the individual would only be taxed on $51 instead of the full $100.

Here’s a table comparing the status quo with indexing.

Here’s the estimate of the economic benefits.

…indexing capital gains to inflation would increase the long-run size of the economy by 0.11 percent, which is equivalent to about $22 billion in 2018. This provision would primarily boost output by reducing the service price of capital, which would increase the incentive to invest in the United States. We estimate that the service price of capital would be 0.15 percent lower under this proposal. The capital stock would be 0.26 percent larger and the larger capital stock would boost labor productivity leading to 0.08 percent higher wages.

And here’s the accompanying table.

The Tax Foundation also prepared an estimate of the impact on tax revenue.

On a dynamic basis, the revenue loss would be…$148.3 billion over the next ten years. The increase in output due to the lower cost of capital would boost incomes, which would boost payroll revenue and slightly offset individual income tax revenue losses.

The bottom line is that this is not a self-financing reform, but it is a reform that would help the economy by encouraging more jobs and growth.

And, remember, even small improvements in growth have a meaningful impact over time.

Let’s close with a video from an unlikely supporter of inflation indexing.

Notwithstanding these remarks, I don’t think Schumer will applaud if Trump indexes the capital gains tax. Instead, I suspect he’s now more likely to support measures that would exacerbate this form of double taxation.

Though I think he’s still on the right side (at least behind the scenes) on the issue of “carried interest,” so maybe he’s not a totally lost cause.

A Very Depressing Chart for Japan