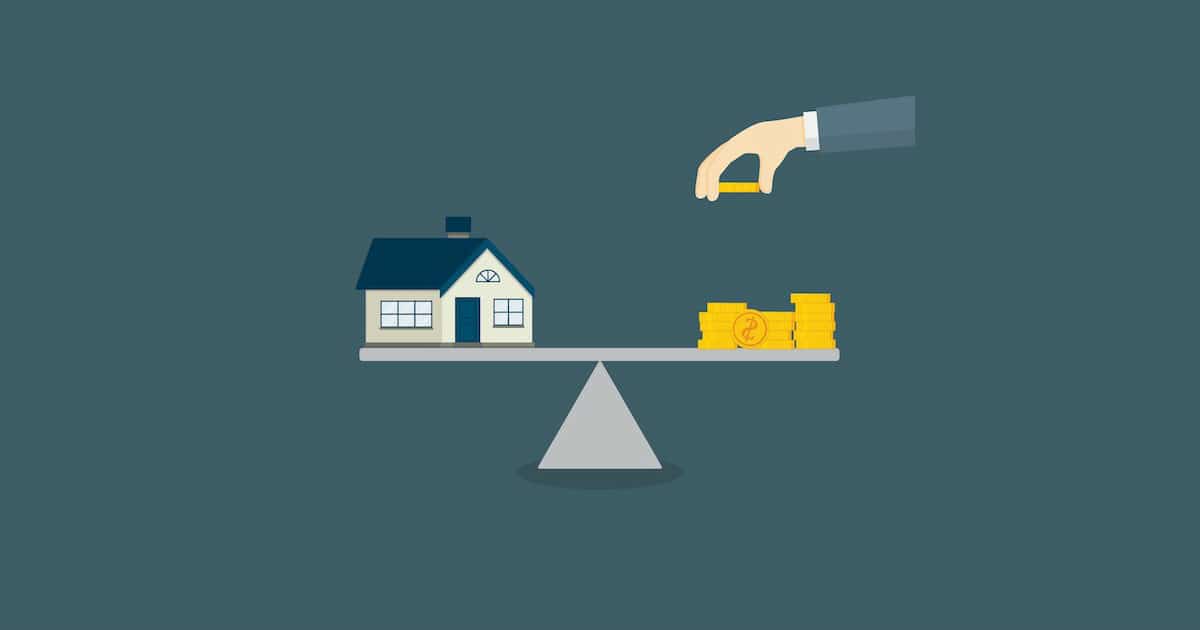 In my libertarian fantasies, we dramatically shrink the size of the federal government and return to pre-1913 policy by getting rid of the income tax.

But if I’m forced to be at least vaguely realistic, the second-best option is scrapping the current tax code and replacing it with a simple and fair flat tax based on the “Holy Trinity” of good policy.

The third-best option (i.e., the best we can hope for in the real world) is to adopt incremental reforms that move the tax code in the right direction.

That happened in 2017. I’ve written many times about why it was a very good idea to reduce the tax rate on corporate income. And I’ve also lauded the 2017 law’s limitation on the state and local tax deduction.

Today, let’s focus on the changes in that law that reduced the tax preference for residential real estate.

The housing lobby — especially builders and realtors — tried to scare lawmakers that any reduction in their privileged tax status would cause a large amount of damage.

Yet, as reported last year by the New York Times, there was no adverse effect in the first year of the new tax law.

It wasn’t supposed to take long for the Trump tax cuts to hobble housing prices… Nearly nine months later, those warnings have not materialized. …Economists see only faint effects from the new law so far in housing data. They’re small, and they’re contained to a few high-priced, highly taxed ZIP codes, largely in blue states. They’re nothing close to the carnage that real estate groups warned about when the law was under debate last fall. …the tax law has unquestionably diminished the value of several federal subsidies for homeowners. It limits deductions for state and local taxes, including property taxes, to $10,000 per household, which hurts owners of expensive homes in high-tax states. It lowers the cap on the mortgage interest deduction, which raises housing prices by allowing homeowners to write off the interest payments from their loans, to $750,000 for new loans, down from $1 million.

To the extent the impact could even be measured, it was a net plus for the economy.

After the law passed, ZIP codes in the Boston area saw a 0.6 percentage point slowdown in home appreciation on the Massachusetts side — and a 0.1 percent acceleration on the New Hampshire side. The effect there is “not huge, it’s small,”… Experts say several forces are helping to counteract the diminished federal home-buying subsidies. …said Kevin Hassett, “…if you’re getting a lot of income growth, the income growth increases the demand for housing, and the mortgage interest deduction reduces it. And the effects offset.”

This chart from the story is particularly persuasive. If anything, it appears housing values rose faster after the law was changed (though presumably due to bad policies such as building restrictions and zoning laws, not just the faster growth caused by a a shift in tax policy).

There’s also no negative effect one year later. A report from today’s New York Times finds that the hysterical predictions of the housing lobby haven’t materialized.

Even though the tax preference was significantly reduced.

The mortgage-interest deduction, a beloved tax break bound tightly to the American dream of homeownership, once seemed politically invincible. Then it nearly vanished in middle-class neighborhoods across the country, and it appears that hardly anyone noticed. …The 2017 law nearly doubled the standard deduction — to $24,000 for a couple filing jointly — on federal income taxes, giving millions of households an incentive to stop claiming itemized deductions. As a result, far fewer families — and, in particular, far fewer middle-class families — are claiming the itemized deduction for mortgage interest. In 2018, about one in five taxpayers claimed the deduction, Internal Revenue Service statistics show. This year, that number fell to less than one in 10. The benefit, as it remains, is largely for high earners, and more limited than it once was: The 2017 law capped the maximum value of new mortgage debt eligible for the deduction at $750,000, down from $1 million.

…housing professionals, home buyers and sellers — and detailed statistics about the housing market — show no signs that the drop in the use of the tax break is weighing on prices or activity. …Such reactions challenge a longstanding American political consensus. For decades, the mortgage-interest deduction has been alternately hailed as a linchpin of support for homeownership (by the real estate industry)…. most economists on the left and the right…argued that the mortgage-interest deduction violated every rule of good policymaking. It was regressive, benefiting wealthy families… Studies repeatedly found that the deduction actually reduced ownership rates by helping to inflate home prices, making homes less affordable to first-time buyers. …In the debate over the tax law in 2017, the industry warned that the legislation could cause house prices to fall 10 percent or more in some parts of the country. …Places where a large share of middle-class taxpayers took the mortgage-interest deduction, for example, have not seen any meaningful difference in price increases from less-affected areas.

Incidentally, here’s a chart from the story. It shows that the rich have always been the biggest beneficiaries of the tax preference.

And now the deduction that remains is even more skewed toward upper-income households.

As far as I’m concerned, the tax code shouldn’t punish people simply because they earn a lot of money.

But neither should it give them special goodies.

For what it’s worth, the mortgage interest deduction is not a left-vs-right or statism-vs-libertarian issue.

I’ve crossed swords on a few occasions with Bill Gale of the Brooking Institute, but his column a few months ago in the Wall Street Journal wisely calls for full repeal of this tax preference.

With any luck, the 2017 tax overhaul will prove to be only the first step toward eventually replacing the century-old housing subsidy… This is a welcome change. The mortgage-interest deduction has existed since the income tax was created in 1913, but it has never been easy to justify. …Canada, the United Kingdom, and Australia have no mortgage-debt subsidies, yet their homeownership rates are slightly higher than in the U.S. A large reduction in the mortgage-interest deduction in Denmark in 1987 had virtually no effect on homeownership rates. …The next step should be to eliminate the deduction altogether. The phaseout should be gradual but complete.

Nobody would ever accuse the folks at Slate of being market friendly, so this article is another sign that there’s a consensus against using the tax code to tilt the playing field in favor of residential real estate.

One of the most remarkable things about the tax bill Republicans passed last year was how it took a rotary saw to the mortgage interest deduction. The benefit for homeowners was once considereda politically untouchable upper-middle-class entitlement, but the GOP aggressively curtailed it in order to pay for cuts elsewhere in the tax code. …just 13.8 million households will subtract mortgage interest from their 2018 returns, down from 32.3 million in 2017. …if Democrats ever get a chance to kill off the vestigial remains of the mortgage interest deduction down the line, they might as well. …any negative effect of the tax law seems to have been drowned out by a healthy economy.

I’ll close by digging into the archives at the Heritage Foundation and dusting off one of my studies from 1996.

Analyzing the flat tax and home values, I pointed out that rising levels of personal income were the key to a strong housing market, not the value of the tax deduction.

Everything that’s happened over the past 23 years – and especially the past two years – confirms my analysis.

Simply stated, economic growth is how we get more good things in society. That’s true for housing, as explained above, and it’s also true for charitable giving.