HomePolicyU.K. Election Week, Part I: The Threat of Corbynomics 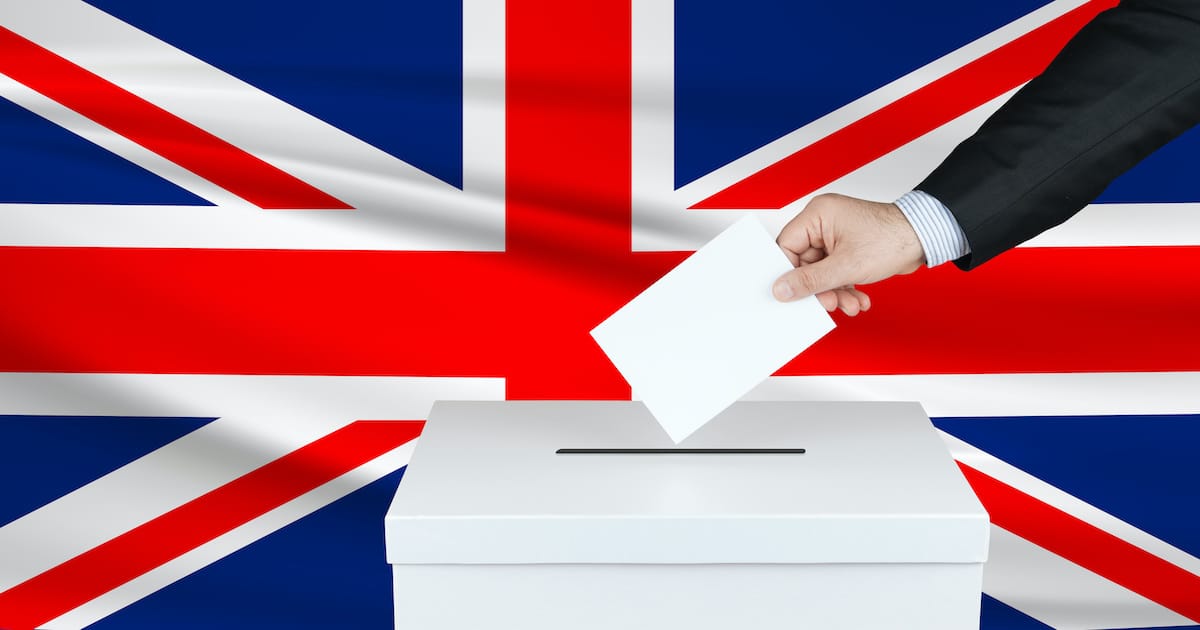 I’m currently in London for discussions about public policy, particularly the potential for the right kind of free-trade pact between the United States and United Kingdom.

I deliberately picked this week for my visit so I also could be here for the British election. As a big fan of Brexit, I’m very interested in seeing whether the U.K. ultimately will escape the slowly sinking ship otherwise known as the European Union.

But the election also is an interesting test case of whether people are willing to vote for socialism. The Brits actually made this mistake already, voting for Clement Attlee back in 1945. That led to decades of relative decline, culminating in a bailout from the International Monetary Fund (IMF).

Margaret Thatcher was elected in 1979 to reverse Attlee’s mistakes and she did a remarkable job of restoring the British economy.

But do voters understand this history?

We’ll find out on Thursday because they’ll have the opportunity to vote for the Labour Party, led by Jeremy Corbyn, who is the British version of Bernie Sanders.

And he doesn’t hide his radical vision for state control of economic life. Here’s how the Economist describes Corbyn’s agenda.

…the clear outlines of a Corbyn-led government emerged in the manifesto. Under Labour, Britain would have a larger, deeper state… Its frontiers would expand to cover everything from water supply to broadband to how much a landlord may charge a tenant. Where the state already rules, such as in education or health, the government would go deeper, with the introduction of free child-care for pre-schoolers and a “National Care Service” for the elderly. …The government would spend £75bn on building 100,000 council homes per year, paid for from a £150bn “transformation fund”, a pot of money for capital spending on public services. Rent increases would be capped at inflation. The most eye-catching proposal, a plan to nationalise BT’s broadband operations and then offer the service free of charge… Surviving policies from 2017 include a plan to nationalise utilities, alongside Royal Mail and the rail network, and a range of new rights for workers, from a higher minimum wage to restored collective-bargaining rights. All told, government spending would hit 45.1% of GDP, the highest ratio in the post-war era outside of a recession and more than in Germany… To pay for it all, very rich people and businesses would be clobbered. Corporation tax would rise to 26% (from 19% now), which Labour believes, somewhat optimistically, would raise another £24bn by 2024.

As reported by City A.M., the tax increases target a small slice of the population.

Jeremy Corbyn…is planning to introduce a new 45 per cent income tax rate for those earning more than £80,000 and 50 per cent on those with incomes of £125,000 or more. The IFS…estimates that would affect 1.6m people from the outset, rising to 1.9m people by 2023-24. Labour’s policy would add further burden to the country’s biggest tax contributors, with the top five per cent of income tax payers currently contributing half of all income tax revenues, up from 43 per cent just before the financial crisis.  But the IFS warned the amount this policy would raise was “highly uncertain”, with estimates ranging from a high of £6bn to an actual cost of around £1bn, if the policy resulted in a flight of capital from the UK. Lawyers have previously warned that high net worth individuals are poised to shift billions out of the country in the event of a Corbyn government.

Is that a smart idea?

We could debate the degree to which upper-income taxpayers will have less incentive to be productive. But the biggest impact is probably that the geese with the golden eggs will simply fly away.

Even the left-leaning Guardian seems aware of this possibility.

The super-rich are preparing to immediately leave the UK if Jeremy Corbyn becomes prime minister, fearing they will lose billions of pounds if the Labour leader does “go after” the wealthy elite with new taxes, possible capital controls and a clampdown on private schools. Lawyers and accountants for the UK’s richest families said they had been deluged with calls from millionaire and billionaire clients asking for help and advice on moving countries, shifting their fortunes offshore and making early gifts to their children to avoid the Labour leader’s threat to tax all inheritances above £125,000. …Geoffrey Todd, a partner at the law firm Boodle Hatfield, said many of his clients had already put plans in place to transfer their wealth out of the country within minutes if Corbyn is elected. …“There will be plenty of people on the phone to their lawyers in the early hours of 13 December if Labour wins. Movements of capital to new owners and different locations are already prepared, and they are just awaiting final approval.” …On Thursday, Corbyn singled out five members of “the elite” that a Labour government would go after in order to rebalance the country. …The shadow Treasury minister Clive Lewis went further than the Labour leader, telling the BBC’s Newsnight programme: “Billionaires shouldn’t exist. It’s a travesty that there are people on this planet living on less than a dollar a day.

Some companies also are taking steps to protect shareholders.

National Grid (NG.) and SSE (SSE) are certainly not adopting a wait-and-see approach to the general election. Both companies have moved ownership of large parts of their UK operations overseas in a bid to soften the blow of potential nationalisation. With the Labour manifesto reiterating the party’s intention to bring Britain’s electricity and gas infrastructure back into public ownership, energy companies (and their shareholders) face the threat of their assets being transferred to the state at a price below market value.

The Corbyn agenda violates the laws of economics.

It also violates the laws of math. The Labour Party, for all intents and purposes, wants a big expansion of the welfare state financed by a tiny slice of the population.

That simply doesn’t work. The numbers don’t add up when Elizabeth Warren tries to do that in the United States. And an expert for the Institute for Fiscal Studies notes that it doesn’t work in the United Kingdom.

The bottom line is that Corbyn and his team are terrible.

That being said, Boris Johnson and the current crop of Tories are not exactly paragons of prudence and responsibility.

They’re proposing lots of additional spending. And, as City A.M. reports, Johnson also is being criticized for promising company-specific handouts and protectionist rules for public procurement.

In a press conference today, Johnson promised to expand Britain’s state aid regime once the UK leaves the EU. “We will back British businesses by introducing a new state aid regime which makes it faster and easier for the government to intervene to protect jobs when an industry is in trouble,” a briefing document said.

Head of regulatory affairs at the Institute of Economic Affairs (IEA) Victoria Hewson said support for state aid was “veiled support for cronyism.” …A spokesperson for the Institute of Directors said: “It’s not clear how these proposals will fit with ambitions of a ‘Global Britain’. The Conservatives must be wary of opening a can of worms on state aid, it’s important to have consistent rules in place to resist the impulse of unwarranted protectionism.” Johnson also promised to introduce a buy British rule for public procurement. …IEA economics fellow Julian Jessop said: “A ‘Buy British’ policy is pure protectionism, and it comes with heavy costs.

Perhaps this is why John O’Connell of the Taxpayers Alliance has a rather pessimistic view about future tax policy. Here are excerpts of a column he wrote for CapX.

Theresa May’s government implemented a series of big state, high tax policies. Promises of no strings attached cash for the NHS; new regulations on net zero; tax cuts shelved and the creation of more quangos. After his surprise non-loss in the election, Corbyn shifted even further to the political left, doubling down on his nationalisation plans. All in all, the 2017 election result was terrible for people who believe in a small state. …A report from the Resolution Foundation found that government spending is rising once again, and likely to head back towards the heights of the 1970s over the coming years. The Conservatives’ recent spending review suggests state spending could be 41.3% of GDP by 2023, while Labour’s spending plans could take it to 43.3%. This compares to the 37.4% average throughout the noughties. Based on the manifestos, Labour are working towards a German-sized state, while the Tories’ plan looks more Dutch. Unsurprisingly we see this mirrored by the tax burden, which at 34.6% of GDP has already reached a fifty-year high. It is likely to increase further. …British taxpayers are presented with something of a Hobson’s choice: Boris Johnson will see taxes increase and spending shoot up, while Jeremy Corbyn has £1.2 trillion worth of unfunded spending rises just waiting to become unimaginable tax hikes for everyone. Whoever you vote for, you’ll get higher taxes, the question is just about how high.

Let’s close by looking at the big picture.

Here’s a chart showing the burden of government spending in the United Kingdom since 1900. I’ve augmented the chart to show the awful trend started by Attlee (in red) and then the positive impact of Thatcher (in green).

You can also see that Tony Blair and Gordon Brown did a bad job early this century, followed by a surprisingly good performance by David Cameron.

Normally I would be rather depressed by such a choice. I’m hoping, however, that Brexit (assuming it actually happens!) will cause Boris Johnson to make smart choices even if he is otherwise tempted to make bad choices.