HomeNewsPoliticsSen. Manchin: Keystone Pipeline ‘Will Be Built Sooner Or Later’

Sen. Manchin: Keystone Pipeline ‘Will Be Built Sooner Or Later’ 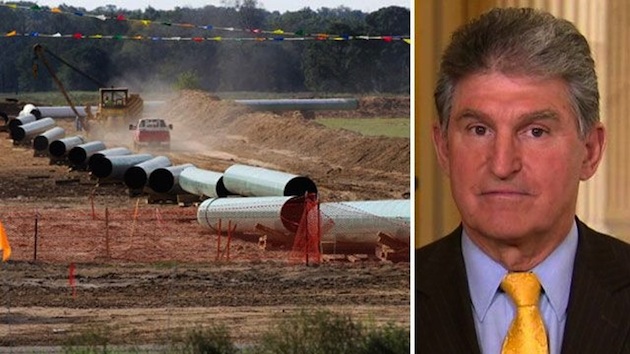 Sen. Joe Manchin, D-W.V., slammed the decision by President Obama to veto the bipartisan Keystone Jobs bill Tuesday, saying it “will be built sooner or later.”

“The bottom line is: How many times have you seen us do something bipartisan,” Sen. Manchin said. “We had 9 Democratic senators join us to do that deal. And it was overwhelming. The Canadians gave us everything we wanted. They agreed to only use American-made steel, and making sure no oil could flow through and be exported out of here. All of our demands were met.”

Manchin also trashed his own party’s argument that holds the construction will only create a handful of permanent jobs. According to a recent PPD Poll, Americans are broadly in agreement with Sen. Manchin and others who supported the bipartisan bill, as roughly 70 percent of the American people support its construction.

“Thousands of jobs would have been created,” Manchin added. “I’ve heard all the rumblings about how they are not going to be permanent jobs. But you know what? I haven’t done one infrastructure job or been a part of building a bridge in West Virginia where workers had a permanent job after the bridge was built.”

“It’s extremely disappointing that President Obama vetoed a bipartisan bill that would support thousands of good jobs and pump billions of dollars into the economy,” McConnell said in a statement. “Even though the President has yielded to powerful special interests, this veto doesn’t end the debate.”