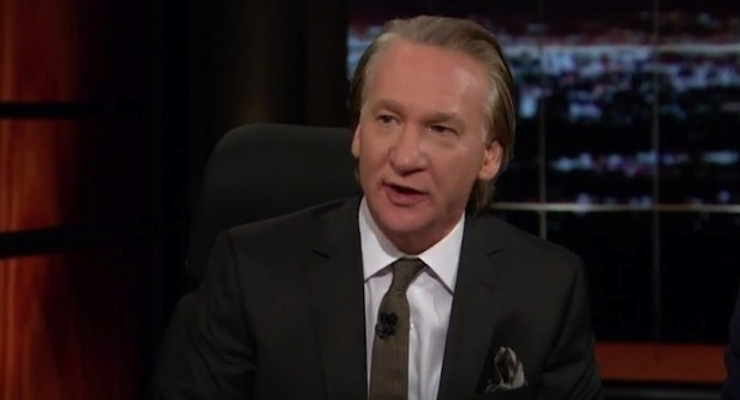 Bill Maher criticized Islamist apologists on the left Friday night debating whether or not some of the beliefs held by millions of practicing Muslims around the world are “bad.”

Maher debated with Chrystia Freeland, a member of the Canadian House of Commons, after he opened up his program contending many of the Syrian refugees don’t share many of America’s cornerstone values.

“If you are in this religion, you probably do have values that are at odds. This is what liberals don’t want to recognize,” Maher said. “This idea that somehow we do share values that all religions are alike is bulls***.”

That triggered a debate amongst Maher’s panel, but particularly seemed to offend Freeland who pushed back against the HBO host.

“Are you guys saying that the Muslim faith is by definition worse than other people’s?” she asked.

“Yes! The ideas,” Maher countered. “If 6 million people in a supposedly moderate country agree with ISIS. You know, I read this article recently — it was attacking me about my beliefs on such things. And they said, ‘Oh Bill, you paint with too broad of a brush.’ What about Indonesia? The moderate country of Indonesia. And then they went on to say, ‘Only 18 percent believe in honor killings.’ Really? So one out of five people in the moderate country your holding up as the moderate country believes if a woman is raped we blame and kill her?”

FREELAND: “Bill you spend most of your show pointing out the dumbness of Americans,” she quipped.

MAHER: “You know, dumbness is a little different.”

FREELAND: “No seriously, it is very wrong to demonize a religion.”

MAHER: “I’m not demonizing! I am just reporting. You are making it a demonization.”

FREELAND: “You don’t do that by saying Muslims are bad!”

MAHER: “I’m not saying that. I’m saying the ideas need to be changed.”

MAHER: “Killing women for being raped I would say is a bad idea. Yeah, I do. Hang me for it.”

WARNING GRAPHIC: Inside a Brutal Honor Killing Caught on Video