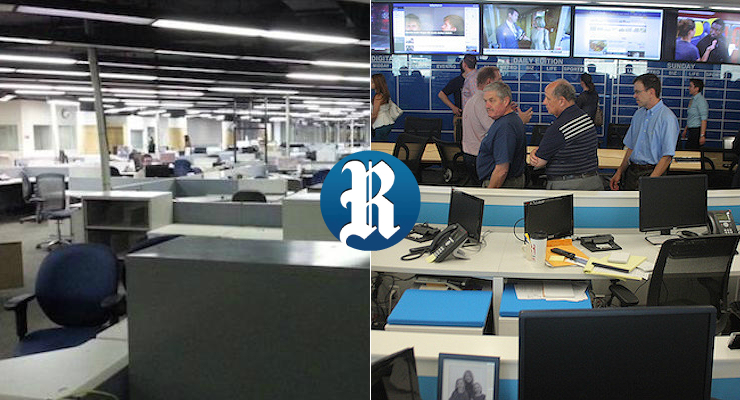 The coveted Des Moines Register endorsement used to hold some weight with Iowa caucusgoers and, perhaps, impacted the results of the first-in-the-nation contest on the margins. Listening to or reading media reactions following the editorial board’s announcement on Saturday, you wouldn’t know that it has become–well, for lack of a softer characterization–increasingly irrelevant.

“Clinton, Rubio win coveted Des Moines Register caucus endorsements,” the headline in The Washington Post read. “Just over a week ahead of the Iowa caucuses, Hillary Clinton and Marco Rubio won the party endorsements of the Des Moines Register on Saturday, securing one of the most coveted and hard-fought political prizes of the presidential calendar,” wrote Anne Gearan and Sean Sullivan.

The Post’s political blog The Fix, which is headed up by Chris Cillizza, declared that the “Des Moines Register endorsement is a boost for Marco Rubio,” the Florida senator who is currently trailing frontrunner Donald Trump by 18 points in Iowa and 25 points in his own home state.

Trump called the editor of The Fix “one of the dumber and least respected of the political pundits,” an assessment with which we cannot disagree. Cillizza, who in fairness isn’t the author of this particular article, is the same pundit who gave Democrats an edge to maintain the U.S. Senate only a few short weeks before the 2014 midterm elections.

Republicans (of course) won a historic nine seats and wrested control of the upper chamber from the Democrats, not to mention the shellacking they handed them up and down the ballot. In fact, one of those seats was the contested open Senate seat in Iowa, which was vacated by outgoing Democratic Sen. Tom Harkin, now a Clinton supporter.

Republican Joni Ernst, who went on to defeat the Democratic nominee Bruce Braley and become the first woman ever elected to the U.S. Senate from the Hawkeye State, refused to participate in the interview charade with the Register. Sen. Ernst cancelled her sit down with the editorial board 12 days before the voting started and the leftwing paper went on to endorse the loser as “the better choice,” ignoring his demeaning of Iowan farmers and lying about a lack of attendance at committee hearings on Veterans Affairs.

In the 2012 Republican nomination, the Register also endorsed former Massachusetts Gov. Mitt Romney, who, while going on to be the eventual nominee, lost the caucuses to former Pennsylvania Sen. Rick Santorum. It was initially reported that Romney won the caucuses by 8 votes, but that’s because both the Republican Party of Iowa and the Register jumped the gun, depriving Santorum of much-needed momentum.

In 2008, the Des Moines Register editorial board also endorsed Clinton against President Barack Obama on the Democratic side. On the Republican side, they backed John McCain against the winner and former Arkansas Gov. Mike Huckabee. In 2004, which only had a Democratic caucus, the paper went with John Edwards, who was having an affair on his cancer-ridden wife. Now-Secretary of State John Kerry went on to victory and to be the eventual nominee.

It hasn’t been since the 2000 Republican nomination that the same candidate endorsed by the Des Moines Register actually went on to win the state’s caucus. And, while they endorsed caucus winner and nominee Bob Dole in 1996, they also chose him over George H.W. Bush in 1988, who went on to win the caucus and the presidency.

Results don’t lie. Newspapers, despite their declining circulation and abysmal track record, continue to refer to others’ endorsements and their own as “coveted,” even as their opinions slip further into irrelevance with actual voters. With this year’s picks appearing to follow historical trends–or at least for a certainty on the Republican side–one might consider this to be a teachable moment for the board.